You’re not the only one 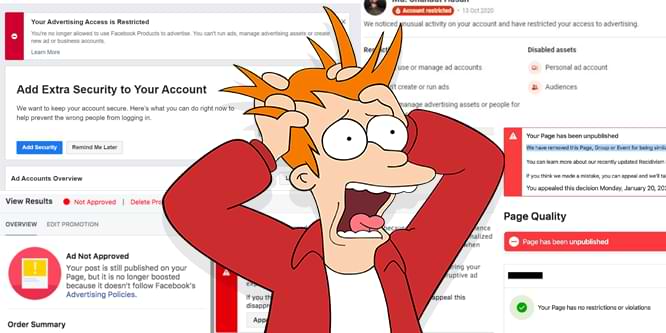 Facebook’s been on what can only be described as a rampage lately – profiles, ads, and ad accounts have been disabled all over the place, and it’s leaving many marketers clueless (and more than a bit worried).

Ads Alchemist on Twitter just posted some thoughts and advice on Facebook’s account purge. Here’s what they had to say:

So, what can you do about it? Ads Alchemist says not much. Mix an unprecedented Q4 with a polarizing election in the United States, and you get plenty of innocent ads banned.

It’s not a pretty verdict, but if Ads Alchemist is right, things should start to settle down after November 3rd. Well, in a way – the Q4 ads craziness is just ramping up!

If you’re reading this, chances are you’re not an e-commerce skeptic – but if you need something to silence all the naysayers out there (or if you were looking for some encouraging stats for Q4), Adobe just released a report with some bold predictions for Q4.

These were the highlights:

Another eye-popping stat from the forecast? Online sales will surpass $3B a day from November 22 through December 3. It’s a great time to be in e-commerce, folks!

If you want to check out the rest of the report, which includes plenty more predictions and useful insights, you can find it here.

How to supercharge your clickthrough rate for push, pops and native, plus a spooky Halloween promo! 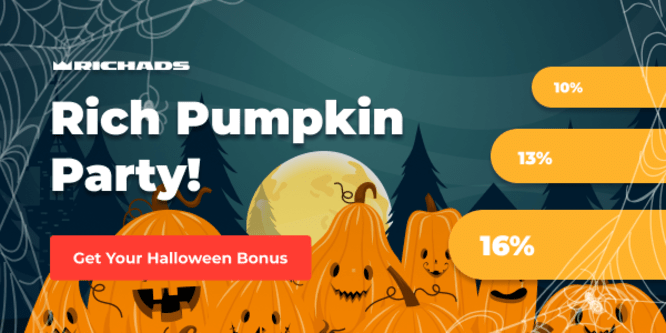 Halloween, Black Friday, winter holidays… The hottest days for marketers are just around the corner and so are your profits. Time to make sure your ad creatives are click magnets!

Our friends at RichAds, a performance ad platform, put together a great checklist for how to make sure your campaigns are eye-catching and irresistible on push, pop and native ads!

That’s just scratching the surface. Read this post to see a list of 30+ tips that are a surefire way to boost your clickthrough rate on push, native and pops! Try them out right now by creating an account at RichAds and get ahead.

Once you arm yourself with the right tricks, don’t forget about the treat! Grab up to 16% in bonuses for traffic from RichAds with the promo code HALLOWEEN!* (details here)

A guide on refreshing your blog posts 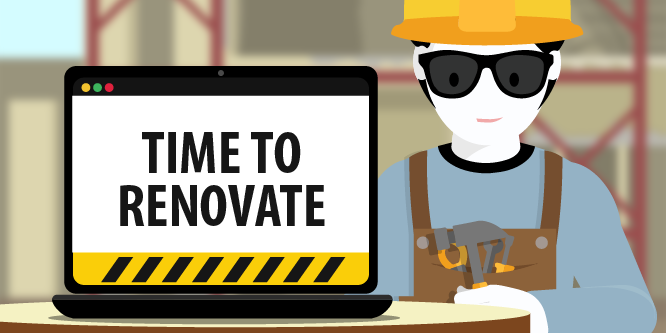 Are your sessions declining and your rankings dropping?

Sometimes it’s just a matter of updating your existing content. And Venngage shared on Twitter the process they use to do it every time. Their update process regularly boosts their registration rate by 20%, and it’s just nine steps.

1) Take baselines from the past four weeks and record:

2) Get granular with the baselines. At Venngage, for example, they look at the registration and upgrade rates for the US customer group they’re targeting with the post.

3) Check the keywords the post is ranking for. If you’re ranking low for high volume keywords, add these to existing or new headers. Then, research related keywords and add them to the post, headers, or create new copy.

4) Use heatmaps to check your visual content. See where users click or bounce, and optimize your blog posts accordingly.

5) Look at what jump links readers usually click on. This can tell you how readers are using your article and what they’re really interested in.

FACEBOOK: A report about optimal ad frequency just came out, and it’s a good read if you do any sort of advertising on Facebook.

MICROSOFT: A new heatmap tool has joined the fray. It’s Microsoft Clarity, and it aims to provide a boatload of user engagement statistics to help you optimize your site.

LINKEDIN: Written any broetry lately? LinkedIn is reporting record numbers of users and engagement, as more people turn to the platform to interact and look for talent.

SNAPCHAT: The second annual Friendship Report from Snapchat has been released, and it provides some valuable insights into how people are interacting in a not-so-normal world.

BIG TECH: There was another big tech hearing yesterday, and it was (predictably) messy. There wasn’t much real substance, but you can check out some of the headline moments in this New York Times article.

PINTEREST: Monthly active users increased by 46%. And revenue up by an astonishing 145%. The platform is gaining ground and its Q3 report looks bright!

The more you take away, the more I become. What am I?

There’s water on the moon 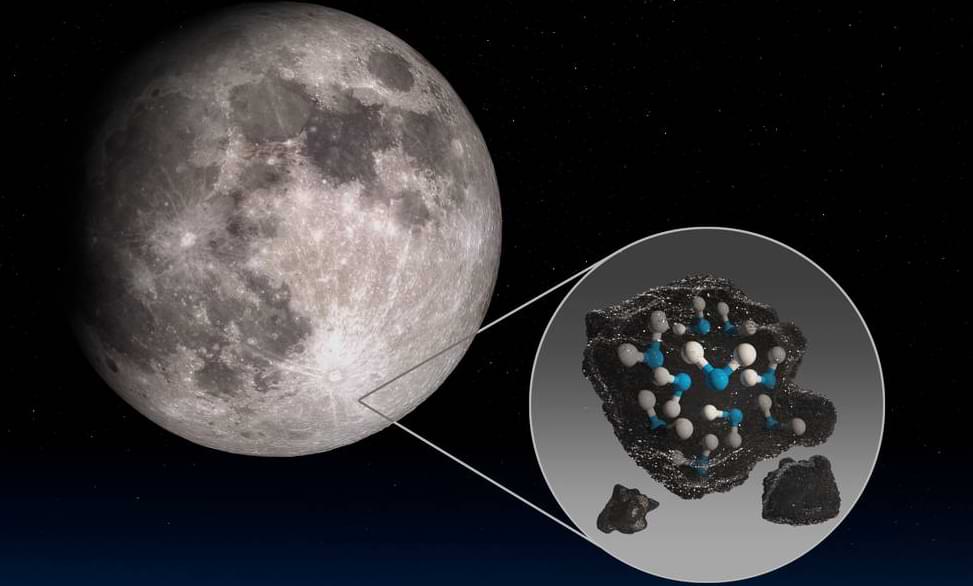 And in a world of science fiction movies where traces of water equal guaranteed intelligent life forms with plans to take over the earth, that’s exciting news.

Earlier this week, NASA’s Stratospheric Observatory for Infrared Astronomy discovered that there is water on the sunlit surface of the moon. This breakthrough indicates that water might be widespread across the whole moon, not just in the cold and dark corners.

Before we get too excited, though, NASA puts in perspective the amount of water that’s up there, saying that it’s about 100 times drier than the Sahara desert – you don’t hear that too often.

Though an alien race (probably) isn’t living in tunnels in the moon and draining water from the surface, NASA said that the discovery does raise questions about how the water is able to exist up there!