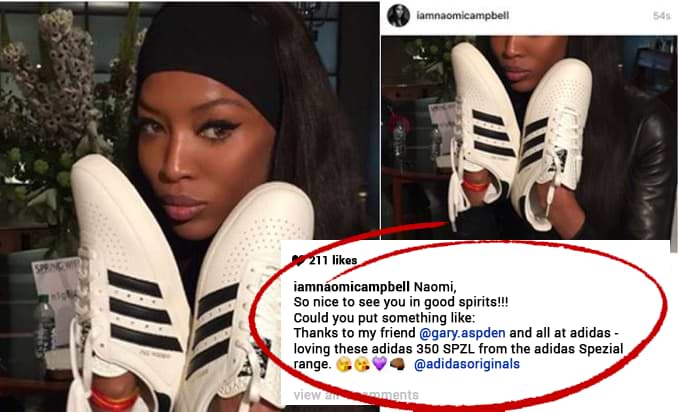 Do you find yourself despairing when your camps start to sink down? Don’t worry, it happens to everybody! Even to giants like Adidas.

The company declared that its latest digital marketing efforts have produced poor and unsatisfactory results. Now, they’re trying to change their strategy.

The errors they made are particularly interesting, because they’re pitfalls that even the smallest businesses should be avoiding. So, let’s take a look at the mistakes Adidas made to flush their marketing budget down the toilet:

+ The company didn’t have any econometrics. Essentially, they started their campaigna without knowing what a satisfying result was.

+ Their attribution model was based on the last click results.

+ No brand tracking: They were not tracking the brand value growth that their marketing was producing. Which brings us to the next point…

+ They only focused on ROI… Yep! They were all about conversions, neglecting brand campaigns. Even a company like Adidas did that…

+ They invested in CRM, assuming that the revenue came from loyal customers. However, after starting to use some metrics, they found that 60% of sales come from first-time buyers.

These are the main ones caught by the team at Marketing Week. Most of them can be put down to their inability to read the data. Maybe, Adidas just hired the wrong media buyers…

Though, this can be a lesson for all entrepreneurs out there trying to build a sustainable e-commerce business: Do not focus solely on performance.

Today, we’re bringing your attention to this update regarding the new enforcement around unique product identifiers (UPI) for Shopping Ads, which was rolled out in 23 countries starting September 30.

+ What are UPIs? These are unique identifiers that are associated with all` products. Some of the common UPIs are Global Trade Item Numbers (GTINs), Manufacturer Part Numbers (MPNs) and business names.

+ What’s changing with UPIs? Two important things, especially if you are selling in competitive niches where multiple sellers are advertising the same products.

+ Missing or incorrect UPIs. Previously, Google Merchant Center used to automatically disapprove products with missing UPIs in the feeds. Now, however, products without the UPIs will be eligible for Shopping ads. Good thing, right? But, here’s the thing…

If your products don’t have correct UPIs assigned in the feed, they will be lower priority and receive less love than products from sellers with correct UPIs in their feeds. Basically, missing or incorrect UPIs will put your products in a tier below those competitors that have added UPIs for those products.

+ Can’t find the product UPIs? No problem. Just remember to NOT set the “identifier_exists” parameter in your feed to “false.” If you do this and Google finds out that this product does have a UPI, your products are going to be disapproved.

+ What to do then? Set that parameter to “true” and leave the UPI fields blank until you can find this information from your manufacturer/supplier.

+ GTINs. These are unique identifiers. If you are using the same GTIN for multiple products, they are also going to be disapproved.

We bet you’ve been missing our CBO posts, right? We missed them too! So, here’s the latest one shared by Curt Maly. According to him, these are just his 2 cents regarding CBO, but we think it’s a whole lot more.

Some background: The offer has already been tested and the ad account was inactive for 6 months. The process is about conducting aggressive lead acquisition over a 3 week period to then leverage those leads through a 10-day documentary-series of videos and events. So, we can firmly say that this post is going to be about lead generation.

Research the customer avatar and categorize core Interests to create 5-6 1M+ audiences. Then, create LLAs from past Purchases and Leads and test 1, 2, 3, 4, 5, 6% LLAs.

Step 2: Create 1 campaign with Dynamic Images ads. Target 1 core audience that you created earlier. Get all your creatives approved so you have them ready to scale later.

Step 3: Once the ads are approved, duplicate the ad set into the same campaign and create a Dynamic Carousel ad using different images and slightly adjust the copy in the body.

Now, get ready for the CBO race.

The whole campaign will have a $100/day budget. The conversion window set at 1 day and the budget optimization at “Lowest Cost”.

Step 6: Set up a retargeting campaign using the same 3 ad sets you ran in the beginning.

Step 7: After 24 hours check the stats, but don’t deepdive into every ad set results. Just watch the average CPA. CBO needs 5-7 days to figure out what ad sets will perform better.

You are targeting enough audiences by this point, so if you’re not getting good results focus on making new creatives and copy.

Step 9: After 4-5 days of proven ad performance, start creating LLAs from the new leads gained over the last 5 days.

This strategy helped Curt achieve a $0.40 CPA. We don’t know the niche and geos, but it looks like a well thought out structure for your campaigns. In fact, the whole post had about 14 steps… Yet we had to wrap it up. You can check it out to go deeper tho.

Which type of cheese is made backwards?

Well, it’s not really him… but an accounting tool that we’re certain you have all used at some point in your life.

Okay, let’s break the suspense now: It’s none other than Microsoft EXCEL.

Yes, using natural language queries, this new feature will allow you to talk to Excel like you’re talking to a person. This isn’t just for those stupid “Do you love me” jokes, but to actually get quick answers to your queries without having to write it out.

Imagine the possibilities! Isn’t that awesome?

What can experts do with this? As an expert, you will be able to save time by automating the data discovery process and quickly adding the charts and tables you need for better and faster decisions.

Not a biggie? Okay, here’s what even a noob will be able to do: Without needing any knowledge on writing formulas or queries, you will be able to gain useful insights from your data by simply asking the right questions.

Google already has something similar in Google Sheets, but most of the time it fails to find even a single relevant data point.

Let’s see if Excel manages to do a better job.