Over the weekend, the marketing corner of Twitter was abuzz with reports of major issues with Facebook ad delivery. Many marketers have seen performance dive across the board, with ROAS soaring.

Second, Facebook is aware of the problem. The Ads Manager status site shows “Major Disruptions” with ad delivery, so it’s not just you and the marketers over on Twitter.

Whether that means we’ll be getting a quick fix, though, is anyone’s guess. Typically, these sorts of things get resolved in short order – especially on such a large scale.

Something’s in the works at LinkedIn

According to a new report from The Information, Microsoft has been busy building a new project over at LinkedIn: A freelancing platform.

Currently, LinkedIn has a freelance connection tool called ProFinder. It’s pretty simple. This new feature, however, would be much bigger. This is what’s being suggested:

The Crew’s take: This would be a big step for LinkedIn, and an official announcement (if it happens) is likely still far into the future. But, because LinkedIn’s such an established platform, it could make it easier to hire new marketers for your team.

Maximus will audit your native offers for free 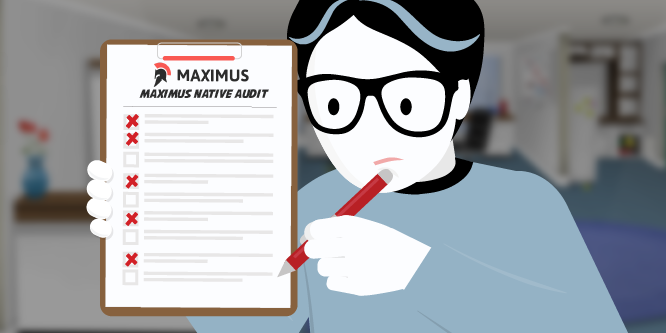 If you’re currently running native traffic and not seeing the results you’re looking for from your offers, or you’re always looking for a way to get more out of your offer funnel, then this is an awesome opportunity for you!

Maximus’s Native Ad team has over 20 years of experience between them and wants to do a free audit of your current offer to find the hidden pockets of profits that you’re missing out on.

What do you have to do?

It’s really easy. Go to this link now to answer a few questions to get started.

PS: This offer is limited and is only available to the first 5 advertisers who grab the offer. 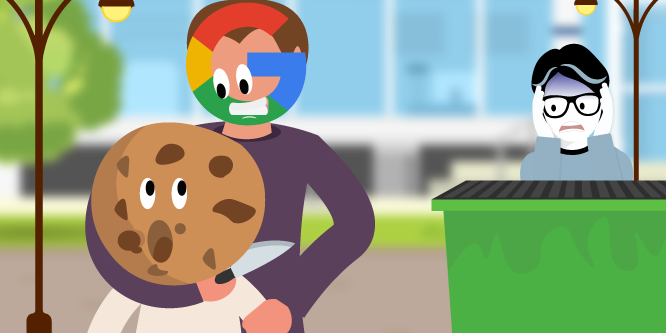 Legitimate question: What the heck does FLoC mean?

The idea is to improve privacy by letting advertiser target groups (or “FLoCs”) of users based on common interests, rather than using a pseudonymous identifier for each individual user.

Derek Gleason from the CXL blog broke down the working mechanism behind FLoC. It got quite technical, but here’s how this system works.

The innovation is to train a machine learning model without a centralized repository of data. Indeed, the model is trained on your own phone:

Your device downloads the current model, improves it by learning from data on your phone (browsing history, content of the websites visited), and then summarizes the changes as a small focused update.

The data stays on your phone. Only this update to the model is sent to the cloud, using encrypted communication, where it is immediately averaged with other users’ updates to improve the shared model.

Then, to preserve anonymity, these model updates are clustered into large groups of people with similar interests.

It gets more complicated than this. The ultimate solution hasn’t been found yet, but it’s a start.

Now, for the million dollar question: How do you retarget an anonymous user?

The solution proposed by Google is TURTLEDOVE. It stands for “Two Uncorrelated Requests, Then Locally-Executed Decision On Victory.”

The core innovation is to store the data that builds the retargeting lists in the user’s browser or with an independent third-party – not on the ad network.

It’s not as easy as it sounds (and that might not have sounded easy, anyway). Google’s engineers are working hard to find a solution. But if you want to dip in the technical side of a post-cookies world, here you can find virtually all you need to know.

It’s our biggest announcement ever

nd no, this isn’t like one of those clickbait YouTube videos where the “big announcement” is a small giveaway or change in the upload schedule.

The announcement we made in our 2020 Annual Report is the biggest we’ve ever made. And because some of you on Friday already caught the announcement, there are only 10 spots left.

Spots for what, you ask? Dig into the report to find out.

We also chat about:

See you on the other side.

SEO: You may have seen all the hype about the release of passage-based ranking last week. So far, though, there hasn’t been much of an effect on the SERPs.

FACEBOOK: The Australian situation with publishers and Facebook is getting heated. But it’s being reported that Zuck & Co may be in talks to reach a deal. We’ll see what comes out of this.

WHATSAPP: The company is starting to let users know about their privacy update (again), only this time much more cautiously. Check out their latest blog posts to see their clarification.

SEO: According to Google’s John Mueller, the number of backlinks you get to a site doesn’t matter. What does matter is the quality of those links – so focus on quality, not quantity!

What two words, together, contain the most letters?

Popeyes is at it again

If you’re in, well, any industry, publicity stunts are the thing to do these days.

Popeyes nailed it last week when they trolled the McDonald’s chicken sandwich launch. Here’s how they did it.

McDonald prepared the launch by creating a site, chkndrop.com, to build the initial hype.

So, Popeyes bought about 50 similar domains (like chkndropp, chikindrop, and more) to lure in unsuspecting McDonald’s customers who had made a typo.

The move turned out to be a brilliant one. Popeyes initially had 500 promo codes, but they extended them to 10k as the word spread.