Accurate forecasts of your ad performance

Kon’nichiwa! May we ask you a question? How do you currently create accurate forecast projections for your Search Ad campaigns? Are your projections done manually and based on past experiences?

Are you well equipped to answer if your client asks you this: “How many leads/conversions would we get if we increase media spend by X?”

Well, in a few minutes you will be! We came across a script that automates this task and gives you fairly accurate projections based on past performance and changes in performance for all metrics in order to forecast the next 12 months. 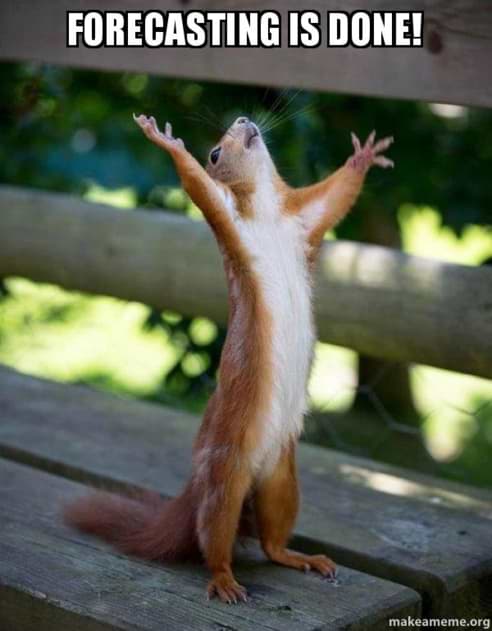 You can also alter your budget within these forecasts. For example, if you wanted to spend 20% more, the script would provide projections with that additional 20% of spend included.

However, note that the more you change the budget, the less accurate projections will be. This is simply because there’s not always a linear correlation between CPCs.

You can find the entire script and the detailed instructions on setting it up here.

To retarget or not to retarget?

If you’re advertising on Facebook, you’ll likely have come across some audiences that look pretty hot, and obviously you will want to retarget them. We’re talking about Abandoned Carts audiences, Initiate Checkouts, etc. It’s obvious that you should hit them again, right?

However, there are some audiences that look a bit more uncertain. For example, people who spent some time on your About Us page – should these be retargeted or not? Should you create an LLA off it?

Bøgdan Alexandru Radu shared his take, and you might want to have a look at it. You could be missing out on some crucial sales.

According to him, you should build LLA from all these audiences:

According to him, all these small actions show intent, and you should consider that. More specifically, you should analyze the path your buyers take and try to determine some patterns to their behaviour.

There’s a chance you could catch some weird patterns this way, such as most purchasers checking out the FAQ page before buying, for example. It may look irrelevant, but it’s an important step towards a sale. So, retarget and build LLAs from these events.

⏳ Skyrocket your business productivity with this award winning management tool

Who doesn’t want a way to do more things, do them better, faster and make their businesses more profitable as a result? We know you do… That’s why you’re reading this newsletter, right? So let us introduce you to monday.com.

This will be your complete business operations hub… You will be able to have everything and anything that has to do with your business in one place. A beautiful interface will give you both a clear birds-eye view and excellent detailed insights on day-to-day tasks.

Just a few reasons why it’s an absolute must-try:

If you haven’t ever tried using a tool made for management, give monday.com a try for free for 14-days. No CC required!

Already have another preferred management tool? Well, if you are not already over the moon thrilled with it, we think you should check out monday.com.

It’s not often that you see someone say “I want to hug the people that created this.” (Emma J Coulson, with monday.com since 2014)

Ever seen one of these ads? They’re pretty popular on push and pop traffic, and they come complete with some alarming images intended to scare the user into action.

This British man, Dough Varey, was once targeted by a pop ad that looked just like that. He opted in to the offer and ended up losing £4k to fraud.

It all started with a pop ad offering a subscription to a security service. This was followed by a nefarious ‘upsell’ via telephone:

A few months into the subscription, Doug’s phone rang. It was the security firm telling him he had a “serious problem” and needed to go and look at his computer.

Long story short, they told him a Russian man took control of his computer and was buying weapons and grenades. To spare the trouble of sorting this out himself, all he had to do was upgrade to their advanced level of security. All for the “irresistible figure” of £4k.

The fear factor pushed Doug to sign up, and it was only a few weeks later that he realized he had been scammed.

Fortunately for him, the story has a happy ending. The British Police caught the people involved in the fraud. Apparently, it was a group of Indian people based in Kolkata.

This is just a small story, but the juice is that British investigators went above and beyond to tighten the clamp on these fraudsters. They were fierce in their investigation, and it set off an alarm to all those involved in international swindling: They’re coming for them.

Now, the police force has joined forces with Microsoft to help catch these fraudsters. Why Microsoft? Because these bad actors often pretend to be employees of companies such as Microsoft. Mr Bill Gates is practically funding the investigations to prevent such fraud.

The BBC article telling this story doesn’t say that affiliate marketers were involved in this story. But, if you have been in this industry for any length of time, you’ll know that similar offers are often run by affiliates. Antivirus offers are perennially popular.

Maybe the advertisers don’t go that one step further and try to upgrade the customers’ service, but the fact is that the police and the companies often named in these fraud cases are starting to clamp down on these schemes.

Just a reminder that this stuff is not white like snow.

What’s black when you get it, red when you use it, and white when you’re all through with it?

Elon Musk is back in our Poolside Stories after a longer-than-usual absence.

What did he do to get featured this time? Well, he’s planning to launch something big, and it’s not even about colonizing Mars this time.

He just wants everyone to enjoy better WiFi services!

And what does he plan to do about it? Well, SpaceX is planning to surround Earth with a fleet of 42k internet satellites called Starlink.

If you don’t find anything surprising about that, here’s a fun fact:

42k satellite launches mean 20x the satellites we have hovering us today and 5x the total of all spacecraft humanity has launched since 1954. That is huge, Elon!

The aim is that this network of satellites will provide high-speed wifi around the globe. So you can watch cat videos, memes and of course, check your campaigns’ stats.

But yeah, the main goal is to provide rural and remote regions of Earth with affordable Internet. So, we won’t have to share those FB posts and wait for Zucc to donate $1 for each share to bring rural regions online.

On the other hand, it also means a higher risk of collisions and more space debris than ever before. So, in the next few decades, we won’t just have the task of cleaning our oceans and beaches, but we’ll have to clean space up too!

Are you for or against this move? We’ll let you decide.