Here’s why your performance might have dropped this week. A Pixel hack to anticipate buyers’ decisions

The outage that sparked anger among advertisers. Simple hack to find buyers in their purchase decision process and convert them.

Do you work with Facebook Ads? Then, to be honest, you should be used to these situations. 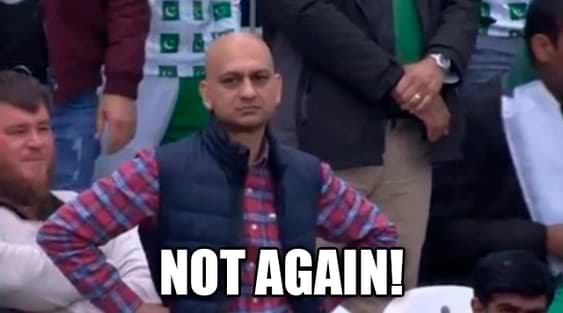 What happened? FB stated that an outage prevented a small percentage of pixels installed on websites from being logged correctly.

So, if you’re seeing fluctuations in your Custom Audiences and Dynamic Ads volumes, you’re not alone.

The outage happened on September 16 and 17, but the situation hasn’t necessarily stabilized yet.

This info has been reported by Andrew Foxwell, and it’s probably the case that this issue didn’t just hit a small percentage of advertisers. In fact, even if your Pixel kept working, your account performance could have dropped as well.

Ultimately, all the data the algorithm uses for optimization and targeting is connected, and if a portion of that data suddenly goes missing then the consequences are widespread.

So, the drop in performance that many advertisers experienced this week was probably related to this issue.

If your numbers are back on track, good for you… If not, consider pausing your ads or, as Depesh Mandalia suggested, only pause your TOF ads, and let your MOF and BOF campaigns run.

Staying on the topic of the Pixel, here’s a nifty hack you could use as soon as things are back to normality.

We all know that Facebook takes advantage of users’ browsing history and behavior to deliver targeted ads to them.

This is because Facebook tries to anticipate your behaviour based on the intent you showed, and one surefire sign of intent is reading product reviews.

According to Bøgdan Alexandru Radu, reading reviews about a product is a sure sign that someone is ripe for being led down the funnel. Maybe the prospect isn’t quite ready to buy yet, but they are definitely in the decision process.

How can you leverage this? Bøgdan suggests creating a custom event to track every user that reads a review on your website.

Then, once you have enough events, create a Lookalike of this Custom Audience and target these people. Basically, you’ll be telling Facebook to give you people that are in the buying process of products similar to the one you’re selling.

So, your task is to target these users and funnel them down.

The positive side with respect to Purchase audiences is that you can gather more data.

Plus, you will also compete for an audience that not everybody is targeting. Almost everybody is building LLAs on ATC, Initiate Checkouts and Purchases. Few people are doing it on this custom event.

Although, it does take more effort on your part to guide them to the purchase decision.

🎂 This is The Ultimate CBO Cookbook and it’s a must-read for any Facebook marketer!

Facebook is making Campaign Budget Optimization, aka CBO, the only budget option soon. It might already be the case for some of your ad accounts. Does it work well? Maybe. Can it work better? For sure!

Especially when you have someone like Depesh Mandalia diving deep into the CBO strategies he uses first-hand with 7-figures in ad spend to create and perfect the best recipes.

Who is Depesh, you ask? He’s generated over $100M rev in e-comm, lead gen and mobile apps. He’s spent over $30M on Facebook since 2014, profitably. He and his group are regularly featured in our newsletter because of how good the content there is… So, back to the book…

This cookbook is not about fish and chips… Instead, you will be able to cook up some spicy Facebook campaigns. In 75+ pages, Depesh goes into deep insights and step-by-step CBO recipes you can apply to campaigns right away.

This book is the equivalent of spending days if not weeks picking Depesh’s brain so you understand everything he’s learned about CBO from running campaigns first-hand.

As a WHAT THE AFF reader, we know you like to be the most up to date and the smartest marketer in the room. So we’ve asked Depesh to do us a favour… and he did.

Grab The Ultimate CBO Cookbook for 25% off right here, only for WHAT THE AFF readers.

It’s “back 2 school” season for the kids but we say it’s “back 2 work” for marketers. It’s time to get ready for the holiday season, higher CPMs, more competition but also for hungry shoppers!

So hey, even if you’re just curious about the exact table of contents for this Cookbook, head over here. It’s all revealed!

How has the performance of ad campaigns been affected by the launch of close variants for different match types? Google testing emojis in Ad URLs.

A look at the performance of close variants

It completely changed how marketers themed their ad groups, SKAGs were no longer exactly SKAGs, and everybody was understandably concerned about the potential harmful effects this could have on performance.

Let’s take a look at how this update has worked out and talk about how you should think about it moving forward:

As per this study from SEL, which looks at match types in search query reports based on the relationship of the query with the keyword triggered:

For most advertisers, the conversion rate for close variants of brand keywords is pretty similar to true exact matches on average. This shows that Google is usually very good at identifying close variants that carry the same intent as brand searches.

However, keep in mind that the above comparison data is heavily impacted by the consistent efforts of the account managers that manage the advertiser accounts used for this study.

However, there’s no account where close variants are so relevant and tightly related to all the keywords being triggered that advertisers should simply allow them to run their own course.

Have you ever seen an emoji in Google Ad URLs?

Well, as shared by Brent, Google seems to be testing this feature for a small set of advertisers.

Keep in mind that Google’s Ads policy doesn’t allow adding emojis while writing ad copies, which means this is something that Google is doing on its own.

At the time of writing, there is no further information on this, but rest assured that we will update you as soon as there is more clarity on this from Google’s side!

Oh, and while we were researching this topic we came across something unrelated but nevertheless interesting: Go to Google and search for “emoji domain” 😉

The leaves are on the fruit, The fruit is on the leaves.
What is it?

Well, sometimes we come across angles that are so unique that they’re just plain weird!

The marketing campaign in question? Burger King, who used  “food coma” as an angle to market their burgers.

Their agency, We Believers, came up with this idea of using the post-gorge nap when in a conversation. A restaurant manager told them that some customers like to sneak in brief naps after a meal. The larger the burger, the more likely the nap.

That was their Aha moment! 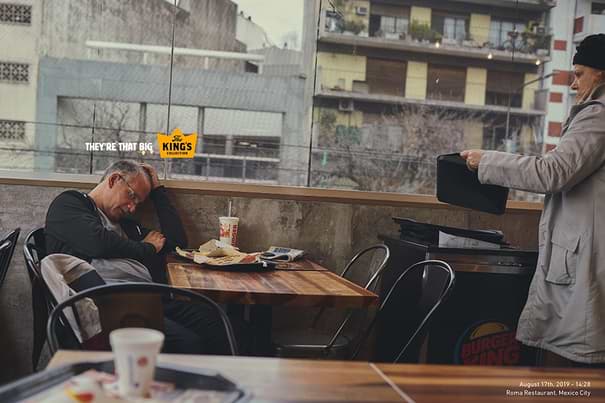 They hired a photographer, who was tasked to spend a month capturing real customers dozing off after a big meal and turning them into ads. These ads specifically promote the “King’s Collection”, which are the largest burgers on BK Mexico’s menu.

Does this ring a bell? Maybe this simple but effective idea could spark some inspiration in you as we approach the holiday season!