Facebook fighting misleading ads and some updates on CBO

There’s some actual news that you might care about from FB today. The big one being that there’s a new, supposedly better way to report misleading ads. This new development comes with more consequences for the guilty advertiser, and it could totally clean up the platform…

Just kidding! We’ll move past the headlines and tell you what we think the reality will be.

The new Ads Manager interface is rolling out globally. Don’t be shocked though, many people have been using it in beta already.

Finally, CBO is edging closer. From September, that will be the only budget option available to you, so we’ve brought you a nice collection of CBO tips.

Anti-black-hat feature to rule them all, thanks to Martin Lewis!

Well, if you’re from the UK, you probably know him already. If you aren’t… He’s the founder of MoneySavingExpert and a rather popular figure when it comes to money-related advice in the UK.

+ Rewind! How did we get here? 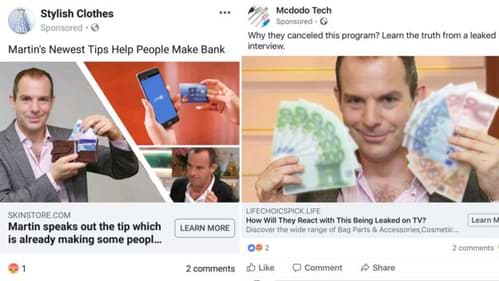 It’s an extension of FB’s existing “Report Ad” feature. Once you report the ad as “Misleading or scam” you can then “Send a detailed scam report”.

When a user does this, a new, dedicated and specially trained team will be notified to deal with taking down the ads. Well, that doesn’t actually sound that different from their previous approach.

An organization called Citizens Advice is also in on the act, and will help people who have been affected by those ads.

A byproduct of all this is the massive exposure that the ability to report misleading ads has gotten because of this Martin Lewis vs Facebook debacle.

We expected more to be honest. This is just a promise from Facebook that their internal team will do better. Plus, it’s for the UK only.

Oh, and they donated to Citizens Advice.

But really, that’s about it.

To us, it looks like a PR stunt that won’t even cause a ripple in the huge FB Ads ocean.

Brace yourselves, CBO is coming! Here’s how to use it

We’ve already featured some of these tips before, but it’s a good reminder for us all. Thanks to Depesh Mandalia.

As you know, CBO will become the sole budget option for FB Ads in a little over 6 weeks.

Some advertisers have gotten used to it already, but most of us don’t like drastic changes, right?

Unfortunately, we don’t have a choice in the matter. We have to adapt to what Facebook wants, so this set of posts in Facebook Ads Experts Academy is something to bookmark and return to in the future as CBO takes over.

Mock-up your videos ads for perfection

Here’s a challenge: Try to count how many different screen sizes are out there…

So how can you ensure that your ads look exactly as you intend on every device?

YouTube, as one of the biggest ad platforms out there, has a solution.

It’s simply called YouTube Mockup Tool, and it shows you how video ads you upload will look on YouTube, whether in full screen, on desktop or mobile formats. You can also choose the ad type like TrueView, non-skippable or six-second bumper.

This is useful especially when working in a team or as an agency for a client.

You can export all these previews before putting the ad live. This means that you can get approval from someone else on your team, send them over to your client, use them in a presentation, or whatever else you fancy.

⚡ Want Maximus To Buy Native For You? (Don’t Wait)

Do you want to add media buying to your revenue streams but don’t know where to begin? Have you tried media buying but can’t crack the code?

We have a solution for you!

Let the committed team of experts from Maximus handle ALL of your media buying needs. They have dedicated representatives and strong relationships with traffic sources: You’re not just getting their expertise, you’re getting a ready-made network.

You’ll be partnered with an expert team that already knows the best ad components, networks, launch times, and strategies for a successful campaign. Plus, their team knows how to get traffic without spending thousands, helping you cut losses on your testing budget.

This is what you get:

All ad platforms have those little tidbits that fly under the radar. Some of them end up totally hidden from most advertisers.

These are the features that won’t necessarily make or break your campaign, but they can give your campaigns that extra boost to get them over the finish line.

Here are some of the features from Google Ads, Microsoft Ads and other complementary products that you might have missed:

“Not everyone has this feature yet. If you don’t, don’t worry — it’s coming soon!”

This is a relatively new feature found under Microsoft Ads which allows you to target searchers based on the exact product IDs they interacted with. It’s pretty similar to Google’s dynamic remarketing.

What do you need to use this?

It’s one of the best new features released by Microsoft Ads, but it’s pretty difficult to find.

This feature allows you to target LinkedIn audiences based on industry, company and job function using Microsoft Ads. You can even apply bid modifiers for them. Plus, these audiences are “bid only”, so they won’t affect your available traffic.

It’s an ad extension in Microsoft Ads that allows your text ads to visually stand out by enhancing them with multiple images. Up to 5 images can be displayed if your ad is in the top spot.

Again, it’s a newly released feature so it might not be available to all advertisers right now, but it’s definitely one to keep an eye out for.

This isn’t exactly uncharted territory for most, but it’s not that commonly used either.

It’s a free Google reporting tool to help you visualize your data in an interactive way. Plus, it always uses live data. You can link data sources from Google Ads, Analytics and 141 other partner connectors.

PS: Partner connectors charge you for this.

This is the perpetrator responsible for those sudden traffic surges in your Display campaigns. This could be great for you if you’re marketing an app or game. However, for everyone else, it’s recommended to turn it off as it can be a huge budget burner.

You can turn it off under Account Settings and direct your ad serving to more relevant placements.

A simple Google Ads feature which allows you to add notes to the account, helping you monitor performance observations, budget changes, etc.

Yup, you can always use “Change History”, but these notes are more of free-form writing and viewing area compared to the more technical change history.

Not exactly a hidden or secret feature, right? Most, if not all, of us are aware of this feature. But are you using it? Maybe you prefer not to, and that’s alright. It’s debatable and we will leave that for another day.

However, there are some good quality search sites out there that serve ads powered by Google or Microsoft. Microsoft now exclusively serves ads to Yahoo search traffic.

In a Hacker News discussion about how Google works, an ex-Google engineer dropped by and revealed this.

“The comments here that PageRank is Google’s secret sauce also aren’t really true – Google hasn’t used PageRank since 2006. The ones about the search & click through data being important are closer…

They replaced it in 2006 with an algorithm that gives approximately-similar results but is significantly faster to compute.

The replacement algorithm is the number that’s been reported in the toolbar, and what Google claims as PageRank (it even has a similar name, and so Google’s claim isn’t technically incorrect).”

Hamlet Batista took the revelation to Twitter. Google’s John Mueller defended this by saying that Google engineers haven’t made changes in Search in the past 20 years.

But hang on, what’s this? Search patent expert Bill Slawski responded by tweeting:

“Google’s newer version of PageRank was granted as a patent in 2006. Coincidence?”

Bottom Line: If this software engineer is to be believed, the original PageRank algorithm is no longer in use. It may have been replaced by a more efficient algorithm with a similar name, as Bill Slawski suggested.

Is he really an ex-Google employee? According to his Hacker News profile, his name is Jonathan Tang and here’s his LinkedIn profile, which clearly suggests he’s telling the truth.

Were there any more revelations? Well, yes. Jonathan goes on to reveal more about Google.

Hey, you! Tell us a lil’ about yourself, will ya’?

We’ve asked you a few questions about yourself before, but since then this newsletter has grown. We want to know what type of content you’d like to see, what type of marketer you are, and how experienced in the industry you are. 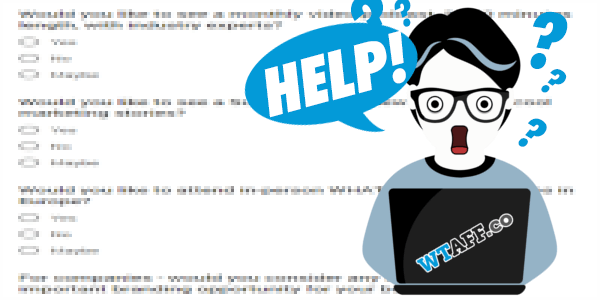 Why? Because we want you to love this daily briefing!

We noticed there are a lot more types of marketers than just affiliates reading this. We’re flattered!

That also means we have to get some more info from you to ensure we aren’t neglecting any area of digital marketing that you ladies and gents are interested in.

It’s anonymous, takes 3 minutes to fill in and it helps us make sure we stay on top with content quality and the type of sponsors we bring to the newsletter.

Please fill in this quick survey here, OK? Thanks!

Cloning celebrities – it’s not what you think 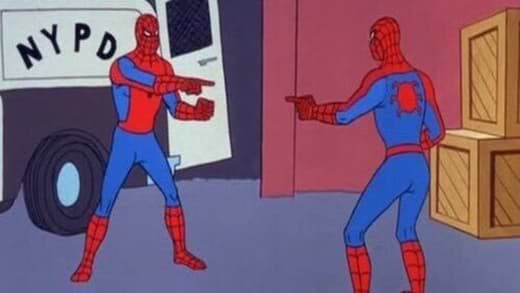 This is definitely a bit SciFi, but not in the way you may be thinking.

As lives move ever deeper into the digital world, the folks at Genies thought some people (aka celebrities) might want a way to carefully manage their digital “clones”.

You could call them avatars or, well… maybe “genies”?

What’s the practical use of this?

Simpler than the words “clone” or “avatar” imply. It basically has to do with carefully creating and managing digital likenesses. Cartoons, 3D renders and all that stuff.

Think the digital-only band Gorillaz, but for real people.

The interesting thing is that the Genie co-founder and CEO said that “the genies actually outperform the humans themselves, based on likes, comments and views.”

There you have it. Humans are confirmed boring.