CA keeps haunting FB as AU asks for a $529B fine 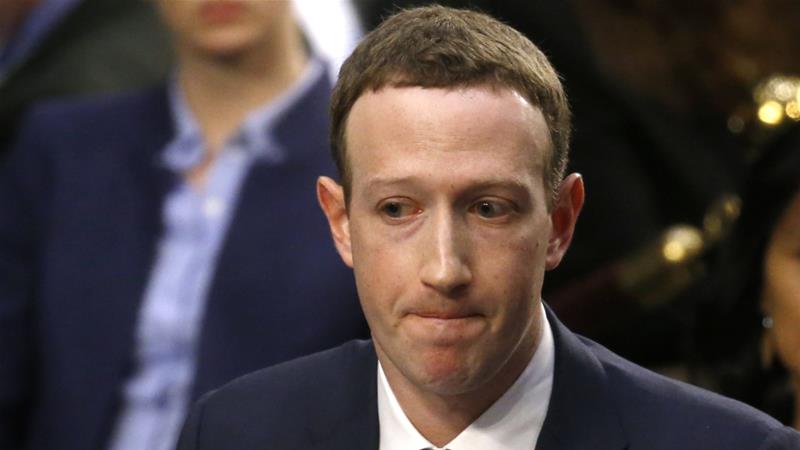 It’s been nearly two years since the whole Cambridge Analytica scandal went public, leaving Facebook and its huge user base high and dry.

And just when it looked like things had settled down and FB had started to put the whole ordeal behind them, an Australian privacy watchdog has come out to remind FB that nothing is ever forgotten.

If this watchdog prevails in its battle with the tech giant, the fine could be absolutely astronomical.

As per the Australian privacy rules, a civil fine of $1.7M per contravention will be charged. With a figure of 310M local FB users in the cache of the 86M profiles lifted by Cambridge Analytica, the potential fine amounts to $529B. To put it into perspective, Q4 2019 saw Facebook net around $21B. It’s a staggering fine, although it’s unlikely to ever reach that amount.

What’s brought this watchdog here? An app called This is Your Digital Life was built by an app developer called GSR, and GSR was hired by CA to obtain and process Facebook users’ data for targeting purposes during elections.

What will FB’s move be here? We will keep following the news and keep you posted on the same.

Another ecomm goo-roo, another $6k down the drain?

It all started when Twitter user @LegacyFuel (LF) got in touch with Efe (@efethecount) and Marvin (@DSFuhrer) to try and take advantage of the Q4 ecomm season in 2019.

The offer was to pay $6k to these ecomm experts, and in return he was to get a $10k per month store to be up and running.

Considering that LF was new to ecomm and FB Ads, he took the bait and decided to give it a go with these (apparently) experienced pros.

The process of setting up the store didn’t take long, and while the store looked great it did show a hint that something might not be right.

However, considering that this was coming from “experts”, he decided to let them go ahead with it. Obvious mistake!

It took several weeks before the initial ads started, and with a fresh FB Ad account spending $100/day, the accounts got banned again and again.

This process kept repeating itself, which led some of @ecomsuccess3’s (this was the company’s Twitter handle, which no longer exists) clients to get in touch with one another. It’s then that they realized they were all in the same boat.

Around $6-7k down the drain with nothing to show for it.

It was then that LF decided to request a refund, and this was the catalyst for a vicious circle of communication that went on for weeks. Needless to say, nobody received anything back and LF, with support from other clients, decided to make the story public on Twitter.

We thought it was worth bringing you this story after it went viral. Have a look at the mega thread here and remind yourself to always do as much research as you can…

And if it sounds too good to be true, then it probably is. A $10k/month business sold for $6k? Santa Claus doesn’t exist!

✨ Meet Arnold Schwarzenegger at Traffic & Conversion Summit 2020, with a discount from The Crew! 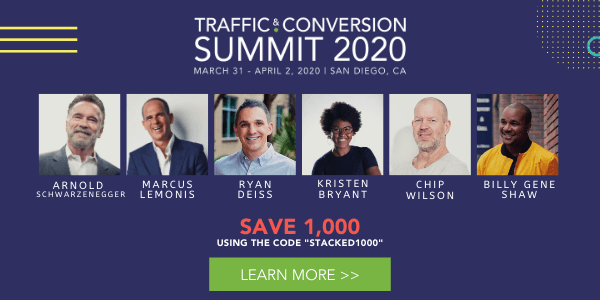 It’s a fact. Digital marketing changes FAST. And that’s why every year, for the last 10 years, thousands of the world’s smartest marketers have descended upon Traffic & Conversion Summit in San Diego, to learn what’s new, what’s hot, and what’s actually working RIGHT NOW in digital marketing.

GOOD NEWS: As T&C’s partner The Crew has a $1k discount to offer you lovely ladies and gentlemen who read this every day.

To claim this offer book now using the code: Stacked1000

We’ve shared a lot of case studies, and that means it’s hard to find one that brings something new to the table. However, this one shared by Aistis Matulaitis has some very interesting information in it.

He shared his whole process to scale an e-commerce business from $7k to $28k in just 28 days.

It’s a long and detailed read, but we’ll limit ourselves to only sharing the best parts.

+ Creative testing: Many marketers suggest using the best-performing audiences to test your creatives. However, according to Aistis this isn’t always correct. Why? Because you don’t want to burn out your juiciest audience for testing purposes.

Therefore, test creatives on your second or third best audiences.

+ Only one ad per ad set, with the campaign budget being calculated as: Ad set numbers * 2x Breakeven CPA.

+ Email: Just by adding a few more emails to the existing flow, they grew the email rev from 7% to 22%. They created different flows for email too:

+ Retargeting: When setting up retargeting campaigns, you gotta ask yourself some questions:

This will influence how you set up the retargeting campaigns. The pattern for the business Aistis was working with was that the purchase was usually made right after entering the funnel. So, they allocated 30-40% of their budget to Website Views.

So, three ad sets were run to hit the FB and IG Feed and the other three were aimed at Stories placements in order to have proper creatives for different types of placements.

Some interesting stats, we’re sure you’d agree. However, the case study itself is 15 pages long and comes with many more details.

It can’t be seen, can’t be felt, can’t be heard and can’t be smelt. It lies behind stars and under hills, and empty holes it fills. It comes first and follows after, ends life and kills laughter. What is it?

Did you get an Escobar Foldable Phone by chance?

This could be the weirdest and funniest story we’ve ever written about!

Anyway, YouTube reviewer Marques Brownlee decided to order the Escobar Foldable Phone 1 for the bargain price of 349$ hoping to write a review. But… he never got the phone.

After a while, Escobar Inc. released the second version of its foldable phone, ingeniously named the Escobar Fold 2. So, Marques did what every good YouTuber would do: Order the phone again, but yet again he never gets the phone.

So, he decides to leave a bad review. But the story doesn’t end there. Inexplicably, the very same day he leaves that bad review, he returns home to find the phone. Coincidence? Maybe, but if there’s a name like “Escobar” involved, it might be pretty worrying…

Anyway, he starts unpacking the phone and the story takes another turn. He discovers that the Escobar Fold is just a Samsung Galaxy Fold with some golden adhesive stuck to it and some Pablo Escobar wallpapers inside.

What’s the point? The Samsung Galaxy Fold costs double the price. The funny part is that they also made a “Rip Samsung” video on their website! No comment!

What’s their strategy? According to Marques Brownlee, Escobar Inc. is sending these rebranded Galaxy phones to YouTube reviewers to build some brand awareness, but they’re not actually sending anything to real customers.

Well, we don’t want to make any jokes here because we’re too worried about finding a dismembered finger on our doorstep, but hey… These Escobar Fold phones don’t look like a good deal!