Apparently, FB recently conducted a creative workshop for a select group of advertisers. Ryan Skelly was one of the fortunate attendees and has brought us two documents that were shared with the workshop attendees.

The first doc here talks about The Creative Value. It’s all about the impact of creatives during the auction and how this has a huge influence on the campaign’s overall performance.

The creative impacts 50% of your ads response rate, so a high quality creative will ensure a better position in the auction.

So, here are Facebook’s guidelines to increase the quality of your creatives:

There’s also a handy flowchart to help you decide whether to optimize your existing assets or start from scratch and build new creatives.

You can find Ryan’s post here for more questions about the workshop.

It’s been a long time since we posted a scandal to further tarnish Facebook’s rather muddy reputation. Unfortunately, the time has come…

A leaked document has revealed how Facebook leveraged its users’ data to harm its rivals and help its “friends”.

The hot discovery was first unveiled by NBC News: It’s 7k pages in total, and 4k of those pages are all about Facebook’s internal conversations between 2011 and 2015.

How did they use the data?

In some ways it was used to help amigos that were spending big on Facebook. For example, they gave Amazon special access to users’ data because… well, they were buying a lot of media space on FB. Why not give special treatment to high LTV customers?

They also used users’ data against competitors: In another case, the messaging app MessageMe was cut off from access to data because it had grown too popular and was in danger of competing with Messenger.

This is just two of many cases, so check the internal documents for yourself to find out more about this hot potato.

OK ladies and gentlemen, it’s time for you to show off. Thesis, a landing page optimization company is hiring. Before we tell you about the openin, let’s just explain what Thesis does… because that might already be enough.

What is a landing page optimization company? Well, as the name says, it focuses on optimizing performance for landers and it has built its own software for this purpose. From a team of 31, half are engineers! So it’s an agency with its own tech…

Bootstrapped and based in Brooklyn, working with big brands such as Hubble Contacts, Colgate, Casper, Famebridge, Clorod, Roman and more…

Pretty cool, we have to say…

So it’s an agency focused on performance, so much so that it builds its own software, works with premium brands and is led by someone who knows the industry.

What is the job about? Performance marketing, to put it shortly. You’ll be working with Thesis clients to manage their social media ad budgets, running FB and IG ads, creating and analyzing reports.

Have a look here for more details on Thesis and the job.

You can also get up to 0.5% equity, depending on your experience and skills.

Oh, and by the way… The CEO behind Thesis is Adam Lovallo. We’re mentioning him because he was the 5th person on the LivingSocial team and founded Grow.co, which hosts an annual event in Las Vegas of 3k marketers!

When was your last ban on Facebook? How about having a look at Google Display Network instead of depending on the blue giant all the time?

Maor Benaim actually had a talk about this topic at Affiliate World Europe 2019, and as a follow up to that talk he’s answering questions about GDN on AWC’s page right here. Let’s help you out and summarise his top 5 tips so you can ask some concrete questions, shall we?

Bonus Tip: When starting out, don’t use automated targeting. Only switch to automations when you have a lot of conversion data over at least 1 month.

A man leaves home and makes three left turns, only to return home facing two men wearing masks. Who are those two men?

However, there’s a guy out there sitting on a lot of cheese, and Wall Street wants to know why. What will he do with all that moolah?

That guy happens to be the one and only Warren Buffet. Or, The Oracle of Omaha as he is known in the investing world.

Long story short, his company accumulated a load of liquid assets and it’s driving traders crazy. Why doesn’t he invest it? What will be his next move?

Warren Buffet is considered a wizard in the stock market world, so all eyes are on him. 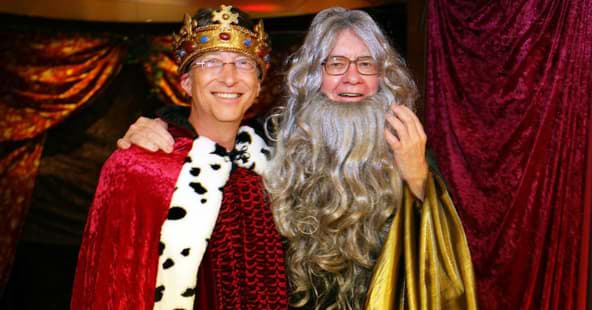 The person is a baseball player. The men are catchers and an umpire.