Google giveth, and Google taketh away.

What’s been given: Google is releasing three improvements to its single, reusable tag to make it easier to set up, manage, and measure.

Going forward, you can only access these metrics from Google Ads, since this tracking option still isn’t available in Google Analytics 4 (GA4). Bummer…

Why we care: Sounds like managing tags is becoming a walk in the park.

But if you’re used to tracking Store visits from your Analytics dashboard you’ll have to get used to looking at Ads manager.

And speaking of tracking…

Is this the end of the device “fingerprinting?’

Head’s up if you’re tracking app installs from ads…

Apple plans to release SKAdNetwork 4.0, the latest iteration of their privacy API.

And there’s a good chance it will wipe out device “fingerprinting”—and advertisers’ ability to track app installs—for good.

The more parameters, the more unique the identity.

Why fingerprinting matters: Advertisers often use it to attribute app installs, which can be useful if you’re promoting an app and want to know whether your campaigns are actually working.

But, like guacamole, device fingerprints expire fast, and it’s not clear they’re reliable or precise when it comes to attribution anyway.

What happens now: The current SKAdNetwork 3.0 relies on fingerprinting to operate. When Apple swaps it out with the new version, fingerprinting may no longer be necessary.

Of course, the full effects of Apple’s new privacy update remain to be seen, but one thing’s clear: the future of advertising looks like first-party data.

It’s time to learn the truth about your influencer campaigns 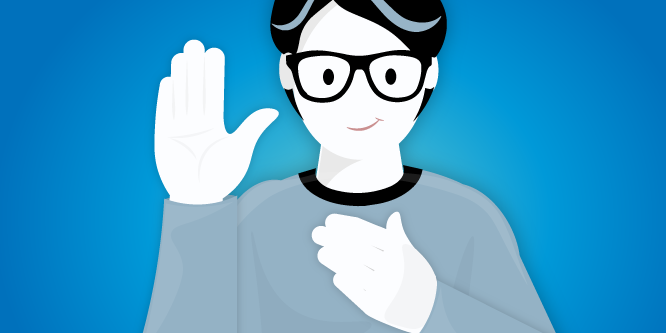 Marketers only want one thing: data.

But trying to get insights from influencer campaigns is worse than pulling teeth or digging without a shovel or… you get the idea.

With #paid’s measurement suite, you have total clarity on your influencer campaigns’ data.

You can find out which creatives are getting visits and sales—and why. In real-time.

See the brand lift generated by each campaign and the impact on brand perception. Optimize your campaigns faster.

How different generations in the US spend their money 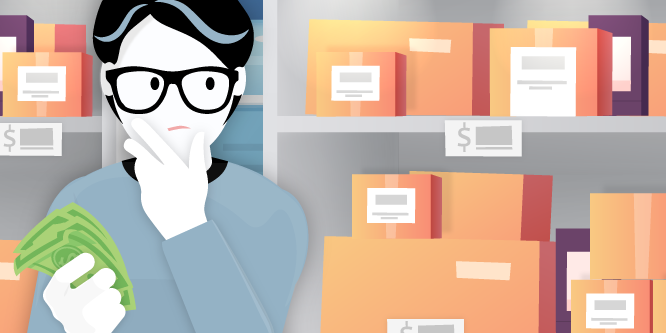 Marketers talk a lot about demographics, how to reach them, and what motivates them.

But if you really want to understand your target demographic, it helps to study their behaviors and attitudes around spending.

Not as easy as it sounds, of course.

But recent research from Visual Capitalist on spending in the US offers a valuable perspective on consumer spending across different generations.

Here are some interesting tidbits:

Of course, these are the takeaways that stand out to The Crew.

If you look at the graph you may have different conclusions…

Scale your BFCM campaigns with licensed UGC assets, get started in just 10 minutes

Yes, the targeting algorithms of advertising platforms are broken. But that doesn’t have to break your Q4 margins.

Black Crow’s AI model can do what Facebook Ads can’t anymore: identify the hottest buyers online so you can target and easily convert them.

It’s a quick and easy one-click integration, and it has helped 150+ DTC brands grow their ROAS against all odds.

Use this fiction writing technique to produce better content and copy 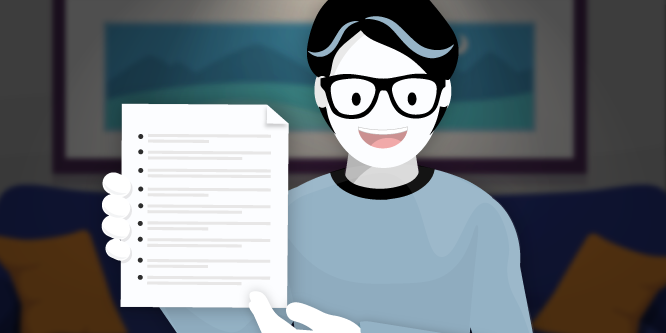 Ever heard of a “Zero Draft”?

It’s a tactic that bestselling author Fonda Lee sometimes uses when she’s got a bad case of writer’s block.

How a Zero Draft works: You build momentum by writing “complete drivel.”

Instead of starting with award-winning writing, Fonda says the characters in her Zero Drafts feel like puppets walking around a cardboard stage.

In other words, you write the bare bones of your content—the critical levers that keep the story moving from one place to the next.

But the Zero Draft isn’t just a bad first draft—it’s a glorified outline, the simmered-down recipe for writing something good.

For example: Say you’re writing a blog post for a brand.

Instead of writing a bad 1,500 word first draft, try writing a 500-word Zero Draft: just the pieces you need to keep things moving, the key points of information, and leave gaps you can fill in later.

You can do the same thing when writing copy for landing pages, emails, or almost anything else.

Give it a shot! It worked for Fonda Lee. Her recent fantasy trilogy, The Green Bone Saga, has won heaps of awards.

P.S. This section of the newsletter is frequently written with the Zero Draft technique!

PRODUCTIVITY: Struggling with unorganized workflows and too many disconnected apps? ClickUp brings all your campaigns, docs, and clients in one place. Hundreds of features to help maximize team productivity. Get started today for free.*

GOOGLE: They did it again. Google is shelling out $85M to the state of Arizona to resolve claims that they’ve illegally tracked the locations of Android device users. Is anyone surprised?

TWITTER: Who needs words? You’ll soon be able to attach a combination of videos, images, and GIFs to a single tweet. Twitter is about to get a whole lot more visual…

What can go up a chimney down, but can’t go down a chimney up? 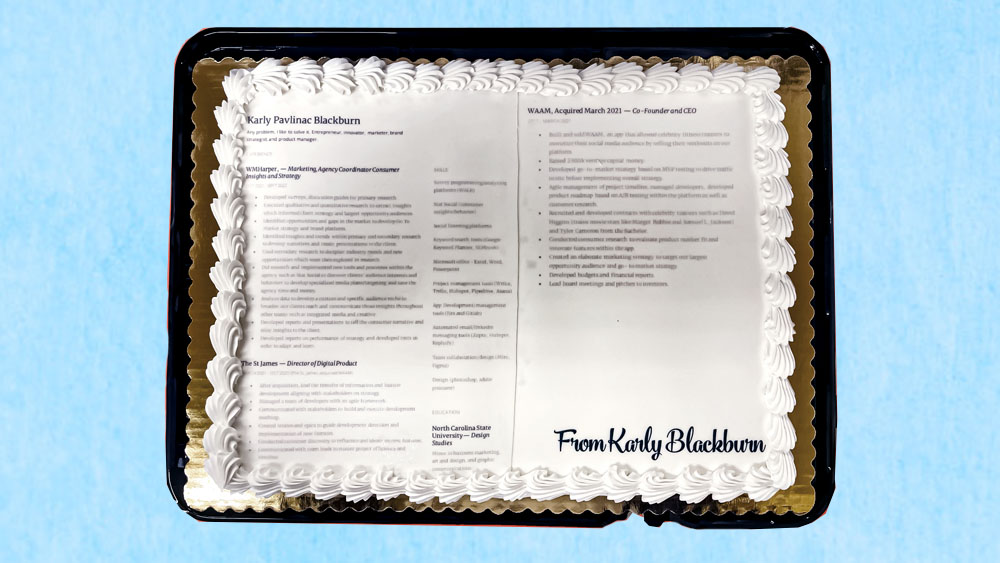 If you want to land a job at Nike, you need to think outside the box. Or maybe put a cake in one…

After failing to get in touch with her favorite brand, one woman from North Carolina decided it was time to just do it…

So she polished her resume, slapped it on a cake, went to the Nike World HQ in Oregon, and gave it to the designated person.

Apparently it worked, because now she’s talking with Nike about a position in hospitality or administration—one step closer to nailing that dream job.