Get 200$ of high-quality push traffic from RichPush. Q3 Reports: Amazon & Twitter tank, but FB was too busy getting grilled by US Congress to celebrate. FedEx completes the first-ever e-commerce drone delivery!

Twitter and Amazon’s Q3 report released. Here’s what you need to know

Twitter and Amazon aren’t as big with advertisers as Facebook or Google, but we definitely want to keep a close eye on them. So, since both reported their Q3 earnings yesterday, let’s take a closer look at their ad businesses.

Amazon beat revenue expectations in Q3, hitting $70B in total. The net margin was lower than expected, but sales are still growing to the tune of 24% in North American and 18% globally.

Amazon Web Services is still dominating its rivals from Google, Microsoft and others, but growth is slowing slightly.

Finally, Amazon’s “Other” category, which is mostly their ad business, grew 44% to $3.6B in revenue.

Oh boy… unlike Amazon, Twitter missed more of its targets. Most of this was due to “issues with its ad tech personalization”. In other words, they couldn’t share and use data to get the best out of their targeting, which resulted in a lower overall spend from advertisers.

Something you don’t hear FB struggle with, right?

Putting it all together for advertisers

Neither Twitter or Amazon will be a playground to replace Google or FB. However, Amazon is still worth considering for e-commerce stores. Sure, their terms can be very difficult but their reach is insane. Amazon is the search engine for e-commerce in many countries!

Twitter, on the other hand, is not a leader in anything that we can think of for advertisers right now… However, the lower competition and good interest targeting ability make it a promising testing ground.

A Q4 trick: The Re-re-engagement play

We are quite sure that a good portion of your email list are inactive subscribers that hardly ever see your emails. The more emails you send to these users, the more likely you are to trigger spam filters.

Once that happens, chances are that they’re never going to see your messages. 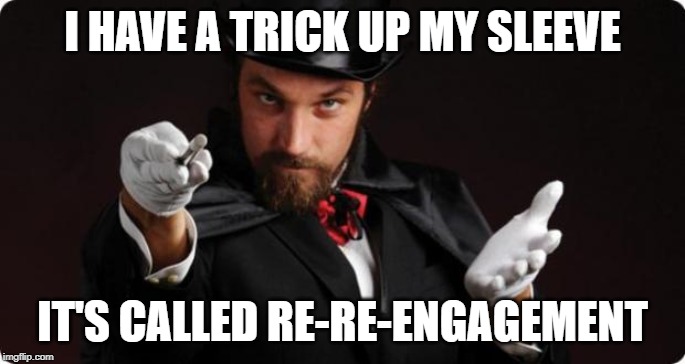 So, we’re going to share a method to reactivate those subscribers, even after you’ve already tried out a re-engagement campaign!

This is all. Why should it work?

In our opinion, this is a great strategy to try this Q4. Maybe you have some inactive subscribers that signed up back in January, and some tasty Q4 deals might just revitalize their interest in your products.

A good idea from the Hustler Marketing team.

One of the early pioneers of push traffic and with over 4B daily impressions, RichPush is a must try traffic source. And today is the best day to do it… Here’s why!

If you make your first deposit, launch your first campaign on RichPush and spend $200, you will get an extra $200 to spend!

It doesn’t matter how your campaign does, you just have to be a new advertiser, deposit and launch a campaign!

You don’t have to launch your campaign right away. You just have to sign up and deposit before October 31st. You then have until November 30th to launch! This $200 can also be spread across more than one campaign.

Here are exactly the steps you must take to get this:

We’re back from PI LIVE and here’s what we thought of the event!

Let’s start with the city and the venue: London isn’t everyone’s cup of tea, but you can’t argue with its energy. It’s a city that never sleeps, and business is the caffeine that keeps it running late into the night. If we had to make a list of cities that are contagiously motivating, London would be right up there.

The venue was Old Billingsgate, a historic building located in the center of the city on the north bank of the Thames. It certainly enhanced that “London feel”.

+ Let’s talk about the event itself…

The biggest complaint, and our first tip has to do with registration. It happens at so many conferences that we might sound like a broken record sometimes but… Those long lines for registration are always a bummer.

One thing PI LIVE (and most other conferences for that matter) should do is communicate more aggressively about the timing of peak registration hour and encourage people to register early to skip the queues. We had to wait like 45 minutes in line. Not fun!

+ Once inside, things changed. Packed venue with over 3,000 attendees reported over the 2 days. Big companies like Honey, CJ Affiliate, Outbrain, Taboola and more were all there.

The event offered a nice mix of speeches, exhibition booths and meeting areas. Our focus was on the exhibition because the main goal was to find potential sponsors for this newsletter. Speaking of which… Hit us up if that sounds like something you’d be interested in!

+ The key point from the exhibition: Very different mix of companies compared to other affiliate conferences we’ve attended. Most companies were not looking for affiliates!

What were they looking for then? Well, they were mostly on the lookout for retailers and e-commerce stores owners, performance agencies and big brands who want to expand their performance marketing programs.

+ With all that said, who is this event for? If you have your own physical products, or if you have a performance agency or want to start one, this is a great event for you. However, if you’re hunting for the next nutra offer, this won’t be for you. That’s the best summary we can give you… See you there next year?

A sundial has the fewest moving parts of any timepiece. Which has the most?

The products you’re selling? They come from the sky!

Imagine your customers are at home. They’re just chilling, doing their daily activities such as preparing the coffee or watching House of Cards… Or maybe Narcos? You gotta decide. It’s your audience!

Now let’s move outside their house and look to the sky.

Up there, in the clouds, are your products. They’re literally flying. Speeding through the air from the fulfilment center straight to the buyer’s house while they’re watching Stranger Things (or whatever Netflix hit you settled on!)

Get what we are talking about yet? Drone deliveries! 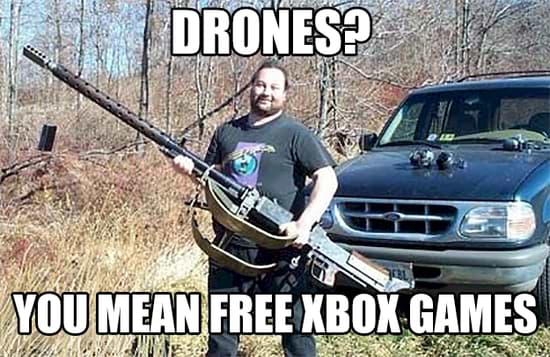 The buzz surrounding drone deliveries has been around for so long that it seemed like it would never actually happen. Now, what you’ve just imagined is a reality! It turns out that FedEx has just completed its first-ever e-commerce drone delivery.

That’s awesome, right? Seeing your products all over Facebook wasn’t enough, now we gotta see them in the sky too?

Here’s an idea though… Buy yourself a rifle and make a move against your competitors!

The hourglass, it has thousands of grains of sand.