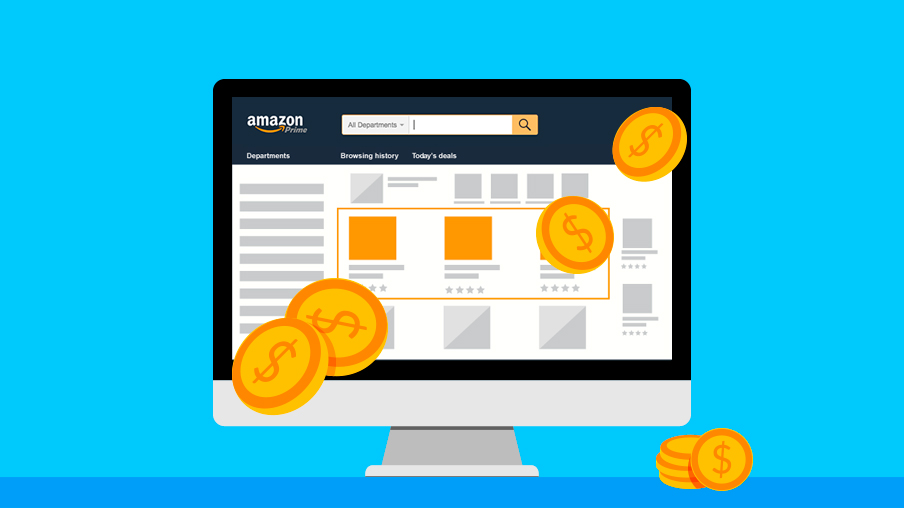 Amazon’s e-commerce business may be stagnating, but its ads business is killing it.

The company released its quarterly earnings last Thursday, and one thing stood out: the “Other” category.

The “Other” category in a nutshell: This is the category that primarily shows how much money Amazon makes from its advertising network.

The figure for this quarter was $8.09 billion. This is a 49% increase from last year.

They’re growing and they know it: If something works, put more time into it. And that’s what Amazon Ads have been doing lately.

You probably didn’t know this: Amazon is already a major player in the ad network space, generating more revenue than LinkedIn, Twitter, and Snapchat combined.

If you’re into e-commerce and using paid ads to grow, Amazon Ads should definitely be on your watchlist.

Here’s a small quiz: What’s the peak time of year for searches for deals and discounts?

Answer: During the holiday season in November.

Google knows this and has launched a new “deals” feed in its Shopping Tab.

The feed will appear when people explicitly search for deals, such as entering “deals” or selecting the “Deals” menu on Google Shopping.

How to appear there: According to Google, to appear in the deals feed, you need a deals badge. Not all products qualify for the deals badge, however.

You can find out which products are eligible for the badge by going to the products tab in Google Merchant Center. Eligibility will be determined by factors like sales prices, promotions, and/or price drops.

If you have a Shopify or WooCommerce store, simply install the Google Shopping extension and watch the magic happen.

dash.fi is willing to pay you up to $500k to use their card for your FB and Google ad spend 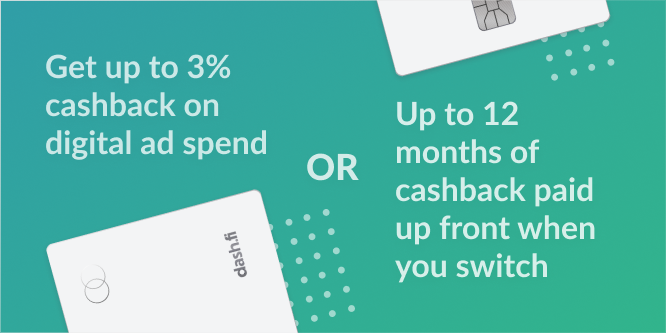 It’s actually a very simple offer: Get up to 12 months of cashback paid upfront if you switch to dash.fi by November 15th.

With dash.fi, you can get up to 3% cashback on your ad spend. And when you combine it with this limited offer, you get an offer too good to refuse. Let us explain…

Say you spend $100k in November on ads with dash.fi. That means you could get up to $36k cashback paid upfront to spend on your Q4 ads.

But there are more reasons why advertisers love dash.fi:

All this comes without annual fees or interest fees.

So, go grab up to 12 months of upfront cashback right now. Sign up to dash.fi here.

Let’s open a window on your client’s business

You are probably a data-savvy marketer. However, your clients may not be.

Therefore, it is likely that they won’t be aware of the data that tells the story of their business. Or to put it another way, their Google Analytics account is probably collecting dust.

You can prevent this and help them make better decisions (possibly in your favor).

Databox’s Jessica Malnik listed 17 Google Analytics reports you can prepare for them to give them a better idea of how their business is doing online.

These are some of them:

Acquisitions overview report: This lets you understand how customers are finding a business.

This is especially useful if you’re present on different channels to help you understand what enticed the user to click.

Goal completions report: A goal represents an action completed by the user (i.e. sign up for a form, a purchase, or getting to a specific page of the funnel). This report allows your client to understand the ROI on your marketing actions and if users are completing the action you wish them to.

Retention report: This shows you all your new vs. returning users alongside retention, engagement, and lifetime value metrics.

Site speed overview report: Site speed is one of the Core Web Vital factors, therefore is a variable you want to keep an eye on.

Average time on page report: This can be useful for affiliate and content sites. You want to understand the average time spent on your money pages.

This report will make you understand if the content on your pages is enticing for the users, or whether you’re attracting the right traffic. 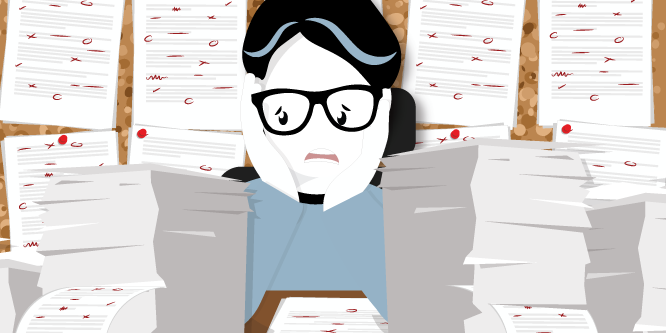 Even if you’re the best in the world on a subject matter, great writing is still hard.

With Chatty, you can get unlimited on-demand editing from the pros. In-house marketers, agencies, or founders — Chatty’s editors will help you make every word count, maintain quality, and scale your output — so you can publish with confidence.

All this for a flat monthly rate. Try Chatty risk-free here. 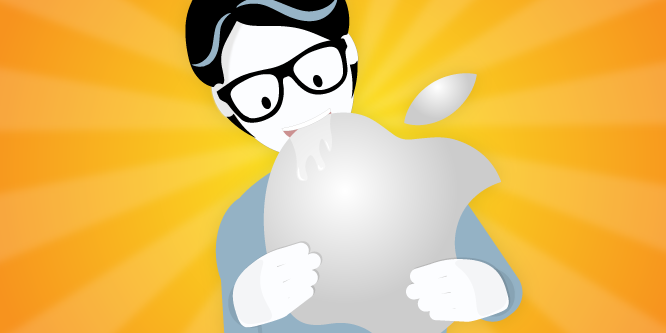 Since Apple rolled out ATT, it’s been the talk of the industry. We now have a glimpse into how some of the biggest platforms were affected.

Facebook: It slightly missed Q3 expected results and it was mostly because of Apple’s changes. Overall, they are rebuilding their systems to work with less data but “it will take years, not months,” according to Sheryl Sandberg.

Google: Better than expected Q3 results and Apple’s changes had a “modest impact on YouTube revenues.”

Twitter: At expectations, also mentioned Apple had less of an impact than expected.

Snap: Awful, the only company to mention such an impact in their Q3 earnings call.

TikTok is not a public company, so we can’t be sure of its impact. But we do have one more piece of information.

What should you do as a marketer?

Snap is a channel to avoid until they fix their targeting solutions. Facebook will pull through and it’s not hugely affected but the performance just won’t be the same.

Google and Twitter should be almost as good as before, so they are good candidates if you need to shuffle your budget from Snap and Facebook.

And of course, Apple Search Ads if you do app installs.

GROWTH: What do you get when you put together top marketing experts, growth leaders, and executives? You get On Deck Marketing. Learn from brainstorms and network with a highly curated and trusted network of marketers. Apply here.*

FACEBOOK: Mayday, mayday! Fraudsters are using sophisticated phishing scams on the internet to steal your Facebook Ads account. As they say, the best way to prevent something is to first be aware of it.

ADVERTISING: Is performance analytics just an analytics scam? Rand Fishikin agreed a few weeks ago. However, this person disagrees. Here are the arguments.

TIKTOK: Larger captions are coming to TikTok. The company will increase the caption character count from 100 to 300.

SEO: What area of SEO do people find more challenging? Here’s a Twitter poll with over 750 responses.

GOOGLE: Did you know that Google has its own DNS search engine?

What is as big as you are and yet does not weigh anything? 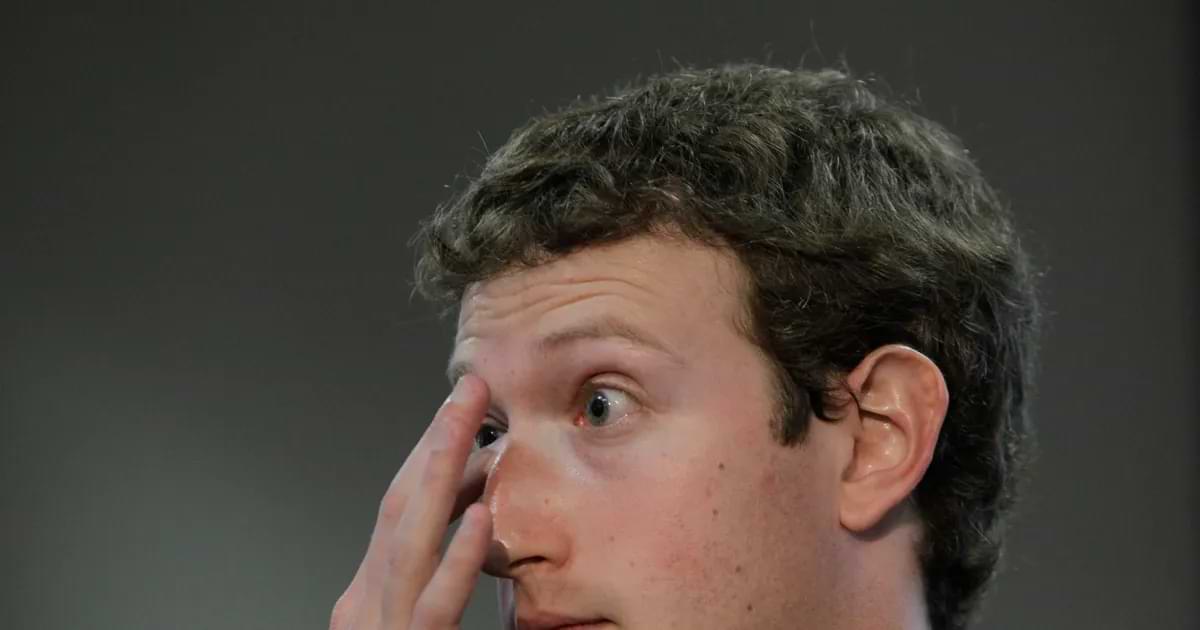 Facebook’s new name, “Meta,” has spawned a slew of memes, a bunch of people wanting to get rid of their infinity tattoos, and is now being mocked by the Hebrew community.

The reason: “Meta” in Hebrew is pronounced like the feminine form of the word “dead.”

Some have taken this on Twitter with the hashtag #FacebookDead. “Thank you for providing all Hebrew speakers with a good reason to laugh,” one Twitter user said.

KFC, for example, had a motto called “finger-licking good.” When they arrived in China, this caused some chuckles among Chinese speakers. The reason was that the motto’s Mandarin translation was literally “eat your fingers off.”

Nokia was in the same boat when it launched the Lumia phone in Spain in 2011. In Spanish, Lumia is a synonym for prostitute. Oops.

Lesson learned: When going to a different market, check with a few native speakers and watch for chuckles.