Don’t be a victim of changes. Upgrade

Google has announced some big upcoming changes to the Google Partners program eligibility requirements, the badging and certification program for agencies that meet certain criteria.

Along with that, a host of improvements were announced, including a new badge, new status and updated product capabilities categories and improved program benefits.

What changes are coming?

+ Get certified. At least 50% of the eligible users listed in manager accounts (MCCs) will need to be Google Ads certified with Skillshop. It also requires at least one user certified in each channel you are spending in.

+ Spend threshold. The 90-day spend requirement across all clients under your MCC has been increased from $10k to $20k.

+ Score optimization. As much as we love ignoring it for all the right reasons, it might be time to start paying more attention to the Recommendations tab. In order to understand whether your agency is meeting the performance requirements, Google will start evaluating the optimization score of all accounts under your MCC.

Although, note that “dismissing” any Recommendations will not count toward the account optimization requirement.

To find out the list of users who are listed in what roles in your MCC and the certification status of these users, check out this help page.

Impossible is nothing… If you move fast 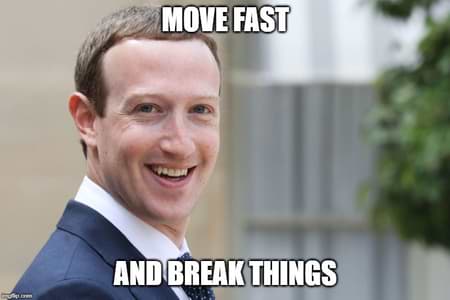 In the past, we’ve learned that big businesses take a longer time to adapt to the new changes the digital industry has ignited. However, this time we’ve discovered how some companies are adapting to changes before they become popular.

We are talking about Adidas and how they’re leveraging WhatsApp to build influence.

As you probably know, Mark Zuckerberg has declared several times that the platform will soon become more and more focused on direct messaging between users as well as businesses. And Adidas haven’t been shy in doubling down on its efforts on Facebook’s main messaging channel.

In fact, they actually started using WhatsApp back in 2015 to build local communities across the world. Now, WhatsApp has become the main platform for Adidas’s global campaigns.

Yet, they’re doing things a bit differently. Rather than hiring “influencers”, they’re using the direct channel to grow influence among key fans. And hey, one of their recent WhatsApp campaigns is real-life marketing at its best:

“They opened up a hotline on WhatsApp for people in need of a footballer to cover for unreliable teammates on their team. Adidas-sponsored players were made available for games last week once fans had shared some basic information.”

Obviously, this rented-player would show up in complete Adidas set-up. Talk about taking influencer marketing to the next level…

This isn’t an alarmist call that email is dying though. It just means that being an early adapter can help you make mucho dinero!

Well, this time there’s no ROAS for this case study… But every now and then it’s important to see what the big boys are doing!

📲 Why advertisers are swearing by SelfAdvertiser’s AI-optimized traffic 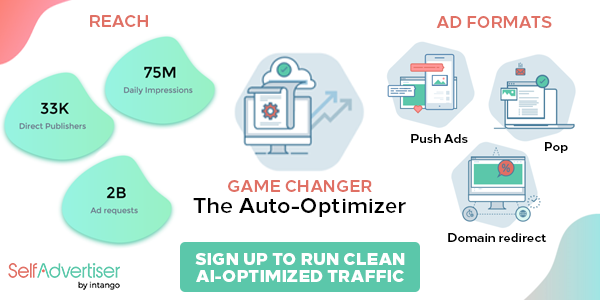 Alright, we won’t talk about their big worldwide reach or their bot-free traffic, because… every network brags about this. Instead, let’s see what they have that others don’t:

The Auto Optimizer, their in-house algorithm.

“The Auto Optimizer collects and analyzes data on campaign and bid performances, closing unproductive sources and calculating the optimal bids on valuable ones according to parameters you set.”

You plug in your goals. The system does the work for you. It doesn’t just “stop” bad sources, it discovers what’s the optimal bid so you can get max volume with max ROI.

There’s also The Juggler. This lets you combine different creatives for your push campaigns and easily split-test and optimize the best performing combinations.

What traffic type do they have? Push, pop and domain redirect.

What are their best verticals? Sweepstakes, e-com, gambling, dating, biz ops, gaming, travel, mobile content and video streaming. And these are given as targeting options as well!

PS: Want to see how to run financial offers on SelfAdvertiser? Sign up to this live webinar taking place on 5th March!

Check the score only after extra-time!

Let’s talk about attribution. Or, more precisely, let’s hear what Maryana Shifman from Dim Niko’s agency has to say about it, and how to solve some attribution windows issues you may encounter.

How attribution works: When your potential customers click on an ad, all the events they fire afterwards are being recorded by Facebook. Afterwards, for any number of reasons, they can bounce out of your funnel.

The number of days between that click and the moment they actually return to you and buy is called “attribution window”. Facebook will track the user’s activity for a 28-day period after the click.

Problem: Facebook attributes the conversion to the day when the ad view or click occurred, rather than the day the conversion actually completed. So, when you look at your campaign’s performances, you might think that your ads aren’t performing well, but that outlook can change completely if you look at the data seven days later.

Solution: Track your data and compare the differences. How?

This way, you’ll be able to find out how many late attributions are coming in.

It won’t always happen and it mostly depends on your product and your customers’ decisional patterns. However, if you find that some camps and ad sets actually brought in late conversions and the ROAS is hitting the target after all, you can turn these campaigns and ad sets on again!

Forward I’m heavy, but backwards I’m not. What am I?

The coronavirus fear continues to grow as it cripples Singapore, with 47 new reported cases putting the country on orange level outbreak alert.

Why condoms? Well, what else do you expect people to do when they’re told to stay indoors?

But it’s not just that. People in Singapore are also using them as a protective measure. How? By wearing them (no, not there) while pressing elevator buttons to avoid being contaminated. 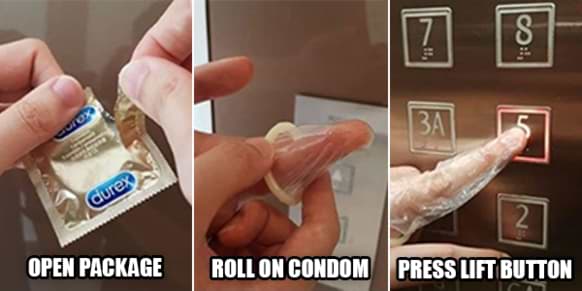 Well, if you have enough supplies (we’d recommend unused ones) and an e-commerce store, maybe it’s time to start selling them to Singapore.

There you go, we gave you your next 6-figure product! And don’t forget to use the holy “F+S” word graciously.