Want some of that new stuff?

We’re talking about the new domain. If you want to start receiving this newsletter from our new domain, [email protected], click on this link right here.

If you opened our recent emails and clicked that link, the next email you get from us will be from that address.

AR campaigns now accessible to everyone on Snap 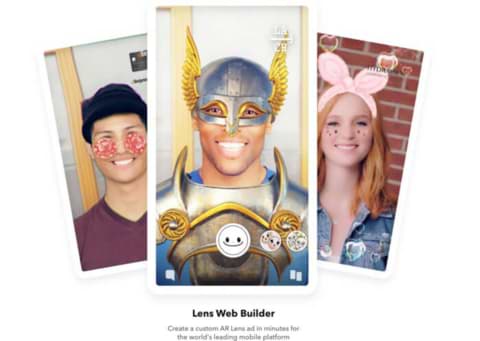 It’s simple, quick and free for everyone to use.

It’s a one of a kind tool that lowers the entry level to AR campaigns, especially for small business owners that don’t have the expertise or budget to hire professional designers for these AR experiences.

Isn’t it the same as the existing Lens Studio? Nope, you can’t build these AR campaigns using Lens Studio, which was launched in 2017.

Lens Studio is actually an AR Lens creation platform that uses more advanced 3D modeling techniques which are used by developers and digital artists. Lens Web Builder, on the other hand, offers a lighter, out-of-the-box tool that anyone can use to create immersive AR campaigns.

You can bid programmatically for distribution of these AR ads via auctions, meaning you get access to all of Snap’s targeting options without having to pay any fixed costs.

This is the story of Daniel Yomtobian, the founder and CEO of Advertise.com Inc.

What does it do? Apparently, the company will provide a boost in website visitors.

Advertise.com has provided traffic to the websites of some major publishers. Their clients include Bonnier, parent company of Popular Science, automotive publisher Edmunds, and Gannett, which owns USA Today along with 260 separate local newspapers.

However, according to this BuzzFeed investigation, the way Daniel has generated traffic for his clients has been pretty dubious ever since he ventured into the traffic trade in 2001. His main activity during this time has been in malicious web extensions.

One of the offending extensions is MyPDF, which was recently removed by Google. The extension parades as a PDF converter, but once it’s installed it injects ads to generate a massive number of fake views, users and clicks.

At its peak, this web extension generated tens of millions of fake visits per day. This traffic was then sold to major publications, such as the ones listed above.

Want to hear a funny story? In 2007, he was quoted by the media as an expert in ad fraud prevention.

The BuzzFeed investigation goes into great detail, delving into one of his past ventures called ABCsearch. This was a search site that used to drive direct adult traffic to large brands such as Home Depot. An interesting read for the weekend! 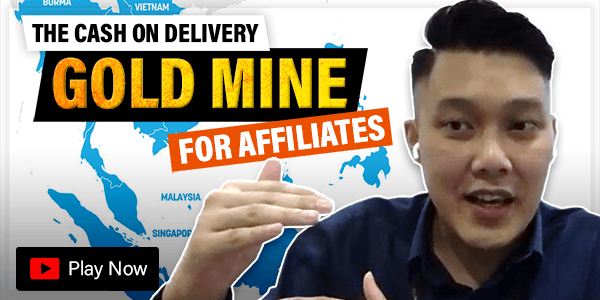 The most typical question an affiliate asks is “What’s working right now?”, there’s no doubt about it. The answer is usually that there are quite a few things working, never just one. But there are always some verticals or traffic sources better than others.

Thanks to Benjamin Yong, we’ve managed to dig into one of the hottest trends in recent times, which is cash-on-delivery (COD) in South East Asia. Think Indonesia, Malaysia, Philippines, Thailand, Vietnam, etc.

Who better than someone based in Malaysia to guide us through, right? In this discussion we talk to Benjamin about:

FUN WITH THE CREW

A marketer’s life in 15 seconds

The days of island hopping are postponed and events are being cancelled left, right and center. What does a marketer’s life look like now? Find out on your preferred social media platform below:

T&C, AWSummit and more conferences postponed. The effect on e-commerce

Okay, this virus has hit us harder than most people expected. So much so that it’s nailed down a regular place in our newsletter, and we’re just hoping it doesn’t last too long.

If you’re part of our Stacked Marketer Insiders group, you probably already know about the other conferences that have been postponed:

Traffic & Conversion Summit: As stated on their website and in this tweet by Ryan Deiss, this event has been postponed. They’re still working on potential dates for rescheduling.

AWSummit: Another affiliate conference postponed, from June to the end of August. And with this comes the cancellation of Brainfull as well, which is a special stage of the main event.

OMR Festival 2020: Scheduled to take place on March 12 and 13, this has been cancelled.

PS: If you want to get these sorts of news in advance, join our Stacked Marketer Insiders group. How? Refer five friends in the marketing industry, it’s super simple!

Initially, the hope for all e-comm pros was that more people would be staying at home, spending more time online and, thus, converting more. However, the reality is pretty different.

This isn’t just about manufacturing and shipping, either. Consumer demand is worrying merchants as well. According to this study, shared by MarketingLand, the main sentiment is uncertainty, and almost half of the retailers surveyed expect a downturn in sales.

On the bright side, there’s a good portion of them that think the coronavirus outbreak won’t affect e-commerce revenue, while others say it’s too soon to say.

The sentiment on Facebook Groups suggests that most merchants view the situation similarly.

If your public life is limited, your main focus is on the necessities of life. If you market to countries that are not yet quarantined, you might still be in a good spot. But the virus is spreading at an alarming rate and is likely to force other nations into lockdown, just as it has with Italy and China.

The more the outbreak monopolizes people’s attention, the less they’ll be interested in shopping, unless it’s something that addresses their current situation.

From what we have seen in Italy, the picture is undeniably gloomy and conversions have gone down, but so far this is just anecdotal evidence. Stay tuned for Monday when we’ll start gathering some real data!

Can you write down eight eights so that they add up to one thousand?

Italy… hold on, we have special help to fight this pandemic

As you might have already observed, Coronavirus has had a huge impact on our offline lives as well as our online ones.

And everyone is getting in on the act to try and help us combat this tiny yet powerful organism.

Amongst other countries, it has hit Italy so hard that the Govt announced a nationwide lockdown and quarantine. But isolation ain’t good.

However, there is some good news emerging amongst all this chaos.

It is offering all Italian citizens its premium subscriptions on the house for the whole month of March!

That’s a typical move for the company but it’s also being serious: The company has also decided to donate its Modelhub March revenue to help Italy overcome the emergency.

What’s your marketing take on this initiative? Some would say that’s one hell of a lead magnet!