Let’s kick off the new week with a Monday morning look at some insights from Glenn Gabe, who recently attended Google Webmasters Conference.

You can check out Gabe’s Twitter thread here for more details and questions.

The Gram is finally taking the big step

Instagramers, get ready for the next big shift at Instagram!

IG CEO Adam Mosseri has confirmed that the platform will be extending its test of hiding total like counts to users in the US. 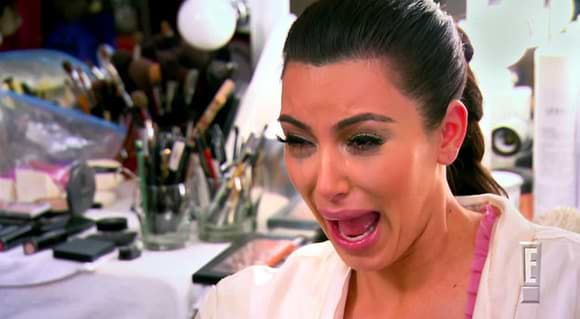 “Not the whole US at once, but just some of you. Are you into this idea? Yeah?”

While some people see this as a major boost for the platform, others are questioning the impact it will have on things such as engagement and influencer marketing…

The initial test was launched in Canada back in May before being expanded to seven more countries in July.

However, the platform has not shared any data on how the usage has (or hasn’t) been affected by the change. There are also no insights on what the measure of success would be for the currently-expanding test.

As per this Influencer Marketing study, Like count has fallen in the regions where the test was active. Probably, less social proof bought less engagement?

So, don’t be surprised if you see a drop in your engagement and Likes.

Hold on to your human brain because the machines are taking over… Or at least teaming up with us for marketing, now for any traffic source, thanks to Kintura – a tracker built by people who also worked on the CERN Large Hadron Collider.

It’s one of the best kept secrets of the industry… until now.

+ What makes Kintura so special? Machine-learning (ML). Not just Bayesian statistics to determine which landing page or offer is better but Deep Learning in order to determine the highest ROI path on a click-by-click basis. It’s the closest thing to Facebook-style ML.

+ Here’s how it works: When you turn on Kintura ML in a campaign, it trains a real-time online model of what your visitors show a preference for on a per user basis. Ever conversion is then added to that model. It looks for various traits like browser, creative, time of day (for you and them) and countless others.

When the user comes into your funnel, Kintura will then decide if they are more likely to convert on Lander A or Lander B. Same goes for the offers, if you have more than one.

In other words, you maximize the pockets of traffic for the angles, landers and offers you have by giving up the least amount of traffic.

Fun fact: Media buyers using this tracker actually asked for a feature to disguise Kintura’s branding name because they don’t want their assistants to know which tracker it is! We’re not kidding.

Use it for free for 7 days, no CC needed, just create an account and you’re ready to go. It’s a SaaS, no need for own servers or to wait for deployment. All done in 2 minutes.

The team behind it wants you experience it for yourself. Then you can decide if it’s worth the $29/month for 1M events. That’s not a typo… Kintura can offer such a price by using its own architecture instead of Amazon Redshift which other popular trackers use.

You can also head to the live chat on their website if you have more questions. The team there is looking forward to helping you. But if you just want to get going…

How to avoid Mark’s ban-hammer

Right in the middle of the “my account got fu***ed for no reason” season, Jim Banks came out with a well-acclaimed-by-the-crowd post about avoiding Facebook’s ban hammer. 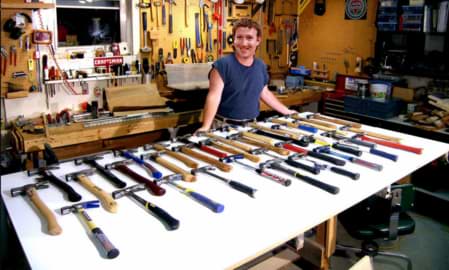 + Grammar and profanity: Avoid using excessive symbols, characters and punctuation. Avoid misused capitalisation, such as using all capital letters in your ad’s text.

+ Geographic IP Restriction: All ads are reviewed from a variety of international locations. Therefore, if you’re directing people to a website that’s restricted to people in certain regions, your ad may not be approved.

+ Error Pages: Your landing page must function in all browsers and can’t lead people to a site that is under construction or to an “error page.”

+ Web of Trust: Make sure that your website hasn’t been flagged by Web of Trust. This is a Facebook-independent website review service.

+ If you’re selling supplements, check LegitScript to check if your website has been banned.

No magic tricks here, just reminding you of those lesser-known rules. Keep in mind that respecting all these rules might still not avoid bans completely.

Also, if you are not well versed with the ToS, it’s dumb to appeal for a review. In addition, Jim Banks says you should make sure everybody in your team goes through the Facebook Blueprint.

If your clients write the ads for your agencies, change your processes to make sure they go through the Blueprint as well.

A lot of common sense from Jim Banks. He didn’t share any advanced tricks, yet his post has been pretty popular. You can check it all in his blog here.

Oh… a reminder: Jim Banks has been our guest in the Stacked Marketing Show. If you liked his post, you might want to check out his interview.

PS: Shoutout to Paul Jey’s creativity for the funny pic.

What is more useful when it is broken?

Darth Vader studied at the MIT

You didn’t know it? We didn’t either. Yet, that’s exactly what it looks like when you watch this robots test conducted by MIT. 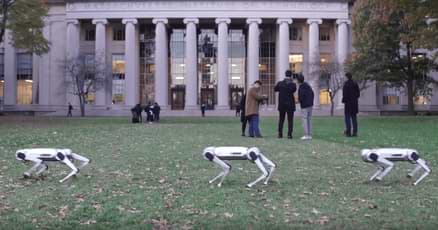 The MIT shared a video testing some cheetah robots walking autonomously in the grass.

In the beginning, the video looks pretty scary and is reminiscent of those Star Wars Terrain Walkers. All it needs is the Imperial March soundtrack played over it…

Things quickly turn less scary and more hilarious. The robots start to do backflips and play football, taking us straight from “The Empire Strikes Back” to “Wall-E”.

Yet, still interesting to see how The WTAFF Crew could get rid of the Rebel Alliance in the future… Sorry, this weekend we had a Star Wars marathon…