We’re sorry we’re not always there for you…

We really do try our best, but when there are so many new readers sometimes we slip up and don’t arrive when or where you expect us to.

We know you want to get your quick daily updates, but sometimes inbox filters get in the way and send us to places you don’t expect us.

But there’s a quick way that you can help us keep our word:

Here’s our reaction every time you do this.

Guess which advertising channel is dominating the share of programmatic display ad (PDA) spending in the US? Yup, it’s Social!

As per this eMarketer survey, advertisers are expected to spend $57B on programmatic digital display ads by the end of this year, and about half of that is being spent on social platforms. By 2021, this share is expected to increase further to 57.6%.

The ability to laser target users based on their user IDs has seen support for third-party cookies dry up, and subsequently that has made programmatic targeting on the open web more challenging.

eMarketer defines PDA as “the use of automation in the buying, selling or fulfilling of digital ads”. This includes display ads served through both publisher APIs and impression-based bidding platforms such as Facebook, LinkedIn and Twitter.

PDA is predicted to account for 83.5% of total digital display ad spend this year, and it could very easily hit $80B in 2021 as the tech continues to evolve.

“Advertising in a cookie-free mobile app environment where users spend much of their digital time is complicated and difficult. Social networks prove to be the major exception. They’ve made it relatively easy to target audiences at scale in an in-app environment.”

If that sounds interesting and you want a more in depth look at how programmatic is broken down across the open markets, private marketplaces and programmatic direct, here’s a podcast from eMarketer called “The Ad Platform”, which is the advertising-specific segment of their “Behind the Numbers” podcast.

As you can imagine, the costs of acquiring a paying user will vary hugely, depending on the GEO you’re targeting. Top tier GEOs with the highest payouts are also those with the most competition.

These can become very expensive to test and promote, if not a money pit. You may find to make much better ROI on GEOs that may offer lower payouts, but that are also not saturated.

Ask Online Dating Kings what those GEOs are.

While online dating has, for the most part, rather general appeal, you should always tailor the promotion based on what you know about your audience. Whether you run a site on your own as a publisher, or use all sorts of advanced targeting or filtering to get specific traffic.

Advanced programs often let you generate promo tools, that can be customized and split-tested in order to find what resonates with your traffic the most. In case you run a lifestyle site, you could even run a specific poll related to dating habits or preferences, that you could use.

3. The power of a white-label

Top dating affiliates in general prefer a white-label and there’s a reason why. Running your own white-label gives you much better control over your promotion and you’re effectively building your own customer base! All type-in and repeat sign ups belong to you.

Promoting your own, customized brand site also helps to avoid ad fatigue, because it won’t associate your site with often heavily over promoted in-house brands.

While there’s a certain advantage with a flat payout per sale or per registration, it may be a good idea to run at least a part of your promotion on rev-share. There are customers that will indeed rebill, granting you a constant, passively growing income.

5. Email is an evergreen that won’t fade away

Email promotion is as old as internet marketing itself. So even in 2019, a solid list with real customers still is very valuable. Online dating is a natural fit, with the proper mailing setup, and a template – it’s a major money maker. Some of the top dating affiliates are actual mailers.

It’s the perfect time of the year now. Just like people have fitness goals in the New Year, there’s also a reasonable increase in demand for dating early in the year. Consider that tip 6!

And don’t forget to visit the Online Dating Kings crew at Affiliate World Asia December 4-5th 2019. Their booth C23 will also be a part of the Exhibitor Bar Crawl! Something special that you should check out!

Do you know that rule Facebook preaches about scaling?

You have to increase your budget by 20% every three days, or your campaigns will blow out.

Dim Niko shared his take on this, which happens to show a completely opposing idea: There is almost ZERO correlation between the frequency/magnitude of your budget changes, and whether or not your campaigns will screw up.

As stated, Dim manages more than $1M/month in ad spend… so he’s probably picked up a few insights along the way.

While FB’s golden 20% rule might make sense when you use the Ad Set Budget Optimization, CBO (Campaign Budget Optimization) is far less sensitive to budget changes. Not to mention the fact that following this rule is impossible if you’re a big spender and want to scale hard and fast: To go from $1/k per day to $20/k per day would take 48 days.

You gotta repeat this 3-4 times per day. Then, reset everything at midnight. Restart again the day after, and if the performances are good you can scale again.

This will allow you to scale as hard and as fast as you want.

So, always keep an eye on what others are doing, but never forget that there aren’t any fixed rules in marketing and Facebook Advertising.

What can you catch but never throw?

You’ve probably seen plenty of those Facebook Ads promoting some get shamefully-rich with crypto offers.

You know, those advertorials endorsed by some celebrities sharing their stories about how they lost everything but then changed their lives thanks to some shady cryptocurrency programs.

And in Singapore, they’re using Ho Ching, the CEO of a $230B Singaporean fund. She’s the wife of the Singaporean Prime Minister, and social proof doesn’t get more trustworthy than that!

That’s a hell of an endorsement uh?

However, Ms Ho has warned Facebook users of the fake reports using her name and others.

“Just to alert everyone that there have been some more fat frogs jumping in the streets!”

Apparently, Facebook is working to block the accounts after Ho’s complaints.

Moreover, earlier this month, a Dutch court ruled in favour of media tycoon John de Mol in his case against Facebook. He was targeted by the same sort of stuff, and Facebook must now remove these ads or face a $1.2M fine.

Well, it seems that these celebrities and high profile figures are more involved in the fight against BH marketers than Facebook is. And the fact that Ho Ching is the wife of the Prime Minister of Singapore is likely to pile even more pressure on Facebook to fix this issue.

The damage to Facebook’s reputation increases with every one of these cases, and it seems weird that Facebook isn’t able to combat these ads despite having all that AI power at its disposal… 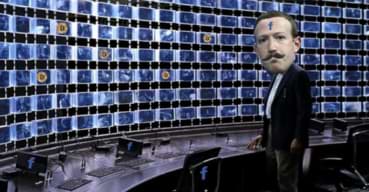