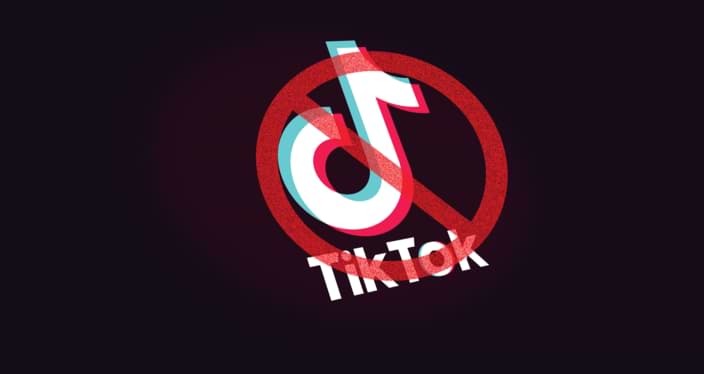 After writing about TikTok’s misleading privacy practices yesterday, we felt a great disturbance in the Force…

Then, on exactly the same day, we found that the Indian Govt banned 59 Chinese owned apps, including TikTok.

That’s a big hit for TikTok considering that India is its largest overseas market.

But why did it happen? According to India Today, this move comes after border tension between Indian and Chinese armies increased. Additionally, New Delhi harbors privacy concerns over the Chinese-made apps.

This isn’t even the first time that India has handed out a ban to the app. Last time, TikTok said the ban cost it $500k per day. The company replied on Twitter that it is working to adapt to India’s new enforcement.

But with Europe and the USA also scrutinizing the app’s privacy practices, TikTok should probably prepare to navigate some rough waters.

Grab your coffee and put your search hat on, because there are many things happening in Google’s world.

First of all, let’s start by removing some worries from your mind: The latest version of Safari won’t block Google Analytics!

Yes, this news from Apple WWDC 2020 resulted in a lot of rumors, but several reports from reliable developers showed that Analytics ran smoothly on Safari 14. Myth busted!

Google Search Console Insights: Thanks to a deeper integration with Google Analytics, Search Console reports reach a new level by showing you how users are interacting with your website.

The integration with Google Analytics is not yet official, but a finding from Search Engine Land.

After making listings in the Google Shopping tab organic back in April, the company is now bringing free listings to the main Google Search results page in the U.S.

Now, as long as your SEO game is strong, your products can organically appear in the main search results.

Would you like to find top-performing creatives without testing them? And discover insights about the top trending products and offers?

Then you could use Visto’s AI-based technology to access your competitors’ campaigns, ads, and landing pages.

Not only do they have one of the biggest Facebook Ads databases on the market, Visto’s advanced search filters will give you surgical precision when spying on your competitors. And the first 100 free early access seats are reserved for Stacked Marketer readers.

But there are more things you should know about this tool:

Whether you want to save time on testing products and ads, or you just want to get inspiration from the best performing ads run on Facebook, Visto can give you a hand.

If you’re thinking about using this tool, there are two things you should know.

This research by the Nielsen Norman Group might surprise you, because it certainly surprised us. Let’s set the stage before we tell you the surprise, because the study has a few important limitations:

The Summary? “Our research shows that emojis in subject lines increase negative sentiment toward an email and do not increase the likelihood of an email being opened.”

How was the conclusion reached?

Researchers then asked the participants to choose three words from a list of 30 to describe each subject line. Some words had a positive slant, while others were more negative.

The result? “Adding an emoji to an email subject line increases the negative sentiment towards that email by 26%.”

So does that mean you should never use emojis?

No. It means that emojis used wrong will make people view your emails more negatively. Looking at the two word clouds for both emoji and no-emoji subject lines, you can see that negative emotions are more common.

Using too many emojis in a subject line is likely bad, but equally using an emoji in the right context is probably a good choice. It’s also one of the guidelines concluded from the study.

Emojis certainly attract attention and can make your email stand out in an inbox, but whether it’s in a positive or negative light will depend on many factors such as the type of emails you are known to send, the emojis you use, what the text is in the subject line and so on.

Not long ago we underwent a major shift in the way we create our subject lines. You can read our thoughts on subject lines in this Twitter thread.

Well, not exactly, but hear us out… It’s mainly conferences that transform into virtual events, as you have undoubtedly noticed by now.

But many other events, including Le Tour de France, have also been delayed. The new starting date is set for August 29th, but it leaves the old tour dates open and this is where Zwift comes in to create a virtual competition!

It will be a mini-Tour de France, staged over three weekends and taking place in the virtual world starting on July 4th.

Maybe the coolest thing about it is that some big names such as Egan Bernal, the reigning champion of the real Tour de France, and past champions like Geraint Thomas and Chris Froome have signed up!

To top it off, there is a side event for amateurs so, while you won’t be competing against pros and former champions, you can ride on the same course as them.