Europe vs. Apple and Google

Apple and Google are going to have problems, at least according to the EU and the UK.

+ The European Union will force Apple to allow a second App Store.

This was all but confirmed in an interview with the EU Competition Commissioner, Margrethe Vestager. The EU is not okay with Apple being the only gatekeeper for third-party apps.

+ Google has agreed to keep support for third party cookies unless the UK’s competition watchdog gives the green light for FLoC.

The United Kingdom does not want Google to discontinue support for third-party cookies due to competition: They believe Google’s FLoC will give the company an unfair advantage.

The Crew’s take: Everything that gives smaller players a better chance of success gets a big thumbs up from us. U.S. policy makers: Will you follow suit? 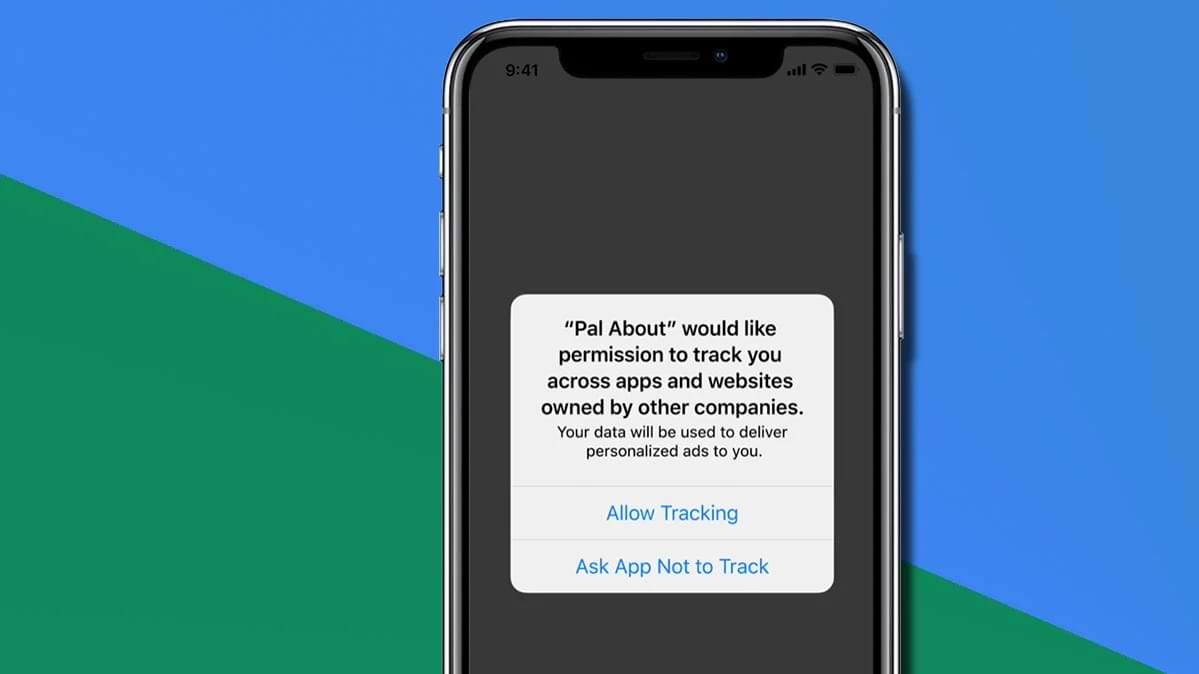 On average, Apple’s ad tracking numbers are quite low. So when someone reports beating that figure by three times, we pay attention.

The details: Audiomack, a music sharing and discovery app, experimented with two different pre-prompt dialogs to see which one produced the best results.
A “pre-prompt dialog,” for those who are unfamiliar, is a dialog window that a mobile app can show to users before Apple displays their official “Allow tracking” dialog.

The variants: The first variant did an emphasis on the role advertising plays in supporting artists. The second one focused on how ads keep the app free.

Who won: Drumroll please…the second variant was the clear winner. After seeing this pre-prompt message, a whopping 64% clicked “Allow” on Apple’s official prompt.

Facebook, by the way, is also using this angle, listing “Help keep Facebook free of charge” as one of the reasons in their pre-prompt dialog. Facebook has yet to share their official opt-in numbers, but we wouldn’t be surprised if they were just over 50 percent. 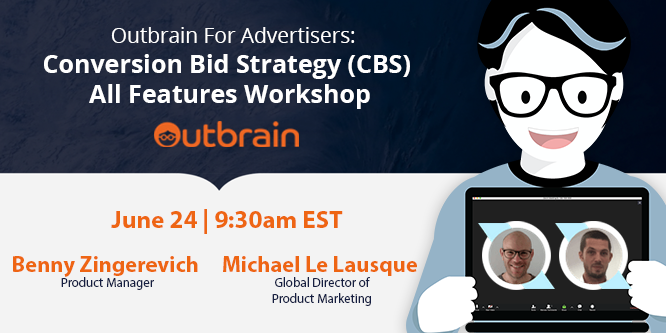 It might look like magic but Conversion Bid Strategy (CBS) is simply Outbrain’s powerful optimization feature that will help you hit your target CPA and target ROAS more reliably than ever before.

Outbrain is a leading native ads platform that always tries to push boundaries to the benefit of advertisers.

That’s where CBS comes in. It’s the spotlight for the next online workshop that Outbrain is hosting for free online on June 24 at 9:30 am ET.

Join and find out everything about CBS:

Register for the free online workshop to discover more about CBS. 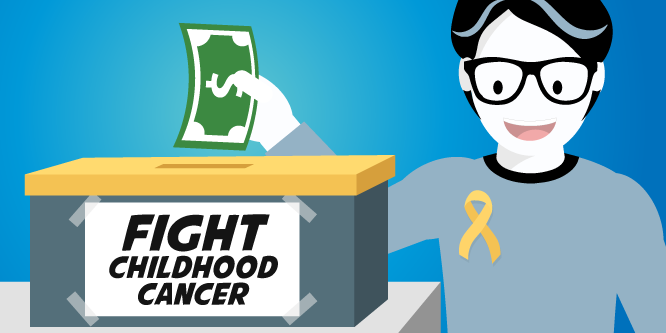 Cancer sucks. Especially for kids. We can all agree on that, right?

It also freely shares the discoveries it makes, and every child saved there means doctors and scientists worldwide can use that knowledge to save thousands more children.

How do we define an active reader? Someone who reads at least 5 of our first 10 newsletters.

Final tally and donation in mid-August after quality check.

Grab your referral link below or click the social app icon where you want to share it.

SEO optimization for your e-commerce homepage 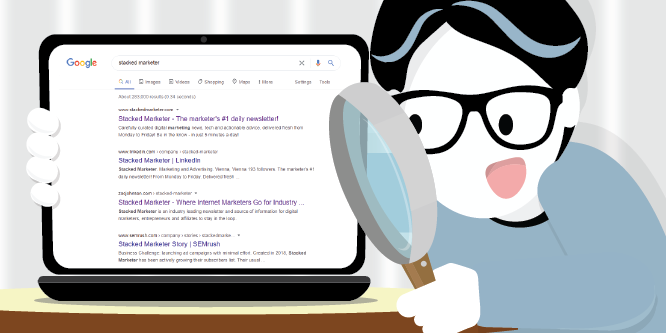 Your homepage is probably one of the most visited pages of your store. But it’s often overlooked, especially when it comes to SEO.

If you want to get more organic users, DeepCrawl’s Daniel Cartland shared some of the key areas to get right on your homepage:

These are practical and straightforward pieces of advice.

Daniel Cartland showed more details and why these adjustments matter. In any case, optimizing your homepage will require you to find a balance between what is good for SEO, and what is good for conversions.

Although, when users land on your website and end up buying, Google will reward you. Because you helped the search engine satisfy the user.

ADVERTISING: Surprise, surprise. It turns out most people aren’t bothered by ads as long as ads help them pay less for services they use.

SEO: Is this an unconfirmed Google ranking update? Many people have been noticing changes from June 11 to 12.

E-COMMERCE: Will we see more AR into e-commerce? Shopify acquired the team from Primer, an augmented reality startup.

FACEBOOK: If you’re into social media videos, you may spend less time doing mundane tasks in your editor. Facebook is testing a “smart crop” feature for videos.

TIKTOK: Did you know? TikTok charges close to 2 million dollars a day for their top ad spots.

GOOGLE: If you’re not familiar with all the fuss around Google Floc, you might want to read this.

A man tells his two sons to race their camels to a distant city to see who will inherit his fortune. The one whose camel is slower wins.

After wandering aimlessly for days trying to be the slowest rider, the brothers meet a wise man whom they ask for guidance. Upon receiving his advice they jump on the camels and race to the city as fast as they can. What did the wise man say to them?

El Salvador is on a roll 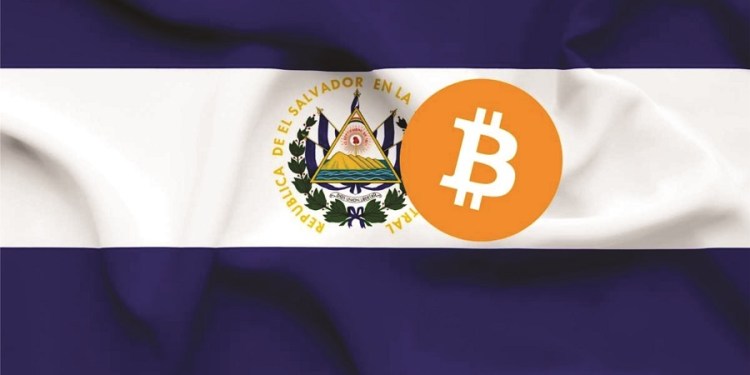 First, El Salvador made Bitcoin legal currency. Second, they announced they plan to mine it using energy from volcanoes.

And now? There’s an offer for foreigners: You can get permanent residence in El Salvador for 3 Bitcoins.

This came from El Salvador’s president, Nayib Bukele, during a live audio conversion on Twitter.

This guy is getting pretty serious about crypto. Besides offering that, he announced that the country plans to create a BTC trust fund, offer a BTC wallet for its citizens and, of course, mine Bitcoins with energy from volcanoes.

El Salvador may not be the richest (or the safest) country in the world to live in, but it sure is becoming the most crypto-friendly.