This couldn’t be masked any longer 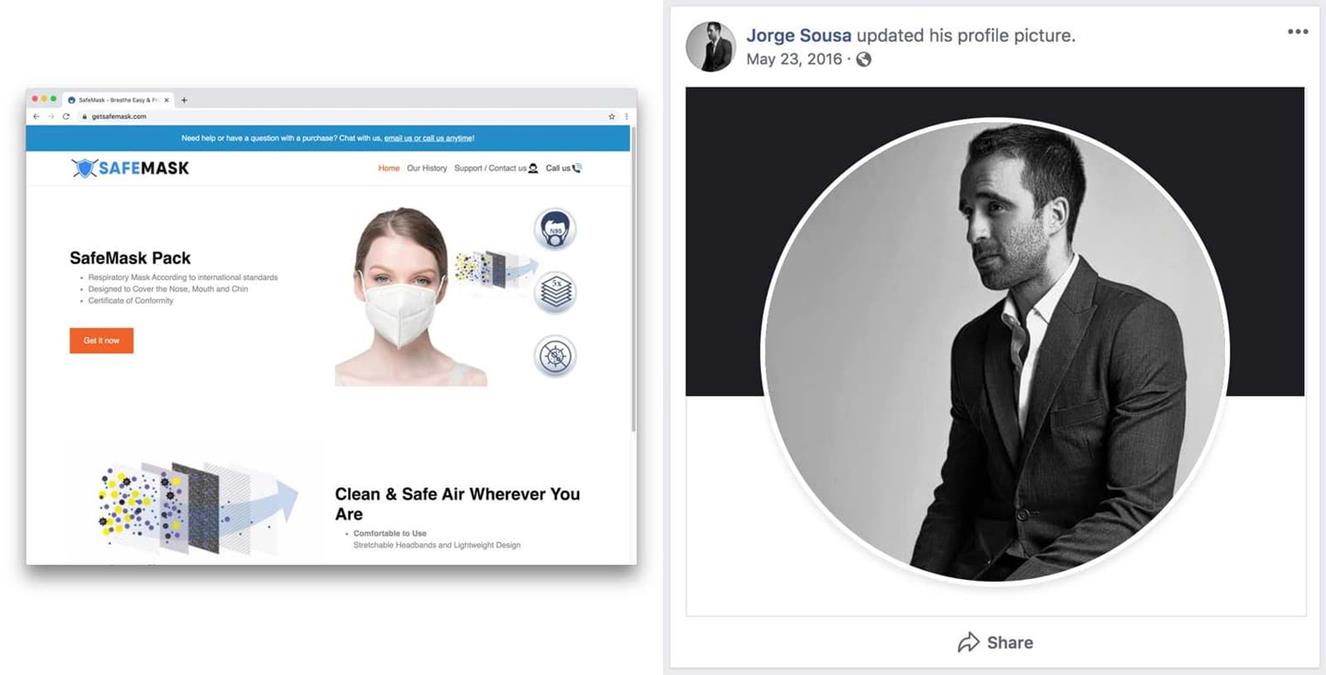 OK, we couldn’t help ourselves with that pun but this is actually a serious story…

Many thought that promoting masks during a pandemic would lead to trouble, especially when going overboard with claims and promoting products of questionable quality.

However, there were still plenty who ignored the danger, such as H8M8, an e-commerce affiliate network which has suddenly had to close its doors.

The network was owned by DB2 Management OÜ and received its first piece of bad press in April thanks to this BuzzFeed article.

It goes into detail and shows ads, landing pages and the actual product people received, alongside a report on Jorge Sousa, the man behind DB2 Management OÜ.

To cut a long story short, the network and its affiliates promoted masks using deceptive tactics and at prices that can be considered price gouging. Now, the doors have suddenly been closed without any official announcement.

We’ve been told by two separate sources, who preferred to stay anonymous, that the network’s affiliates don’t know any details either. You can stay up to date by checking Facebook Groups such as this one.

Hindsight might be 20/20, but this truly seemed like a bad idea from the very start. We don’t think this is the end of the story and is probably just the beginning of mask-related trouble. Buckle up!

The big names have made their moves

There’s always a rivalry between Coca-Cola and PepsiCo but they have managed to agree on one thing recently: To join the Facebook advertising boycott.

That’s two gigantic names joining in. We’ve been covering the progress of the #StopHateForProfit movement since last week and the names just seem to get bigger every day.

It now includes the likes of Honda, Levi Strauss and Starbucks. You can keep yourself up to date with who’s joining the boycott with this list by CNN.

It only features the biggest and most well-known brands though. If you want to see a list of smaller brands too, this spreadsheet courtesy of Nick Shackelford is a reasonable source.

So what’s Zuck going to do?

He will take a page from Twitter’s book and roll out new labels explaining why some content from politicians that violates the platform rules has been left active.

This announcement was made by Mark Zuckerberg in a FB live and is just the beginning of the changes.

What’s next? A difficult balancing act. Mark believes seeing speech from politicians is in the public interest, but many disagree and believe there should be a limit to what a politician can say on Facebook’s platform.

What’s one of the verticals that only gained the most traction with all the lockdown? Let’s just say the phone was an easy device to use to kill boredom, a lot of the time with games!

Digitap has been at the forefront of mobile games publishing for over 10 years. This year they’ve launched the very first mobile eSports platform and starting today, you can become an affiliate.

Why will your audience love to play games on Digitap?

And what is in it for you as an affiliate?

Recently, we covered how Apple discovered that TikTok leaks devices’ clipboard data. Apparently, it’s not the only app that does it, but it’s also not the only privacy issue you should worry about when it comes to TikTok.

What’s the research about? The author of the post reverse-engineered the app to understand how it operates.

What came out? The author said that he reversed-engineered Instagram, Facebook, Reddit and Twitter apps as well, but none of them come close to the amount of data that TikTok scrapes. Here’s the information that TikTok collects:

Bottom line? Many Redditors asked for more proof to back up these claims, and the author said he will create a website to outline his whole investigation.

So, while this can’t be taken as the bottom line on TikTok’s practices, the post should help to open your eyes to the privacy procedures (or lack of them) of the app.

I cut hair every day, but my hair stays the same. Who am I?

The pictures we’ve seen captured of Earth from space are breathtaking, while the photos of space itself remind us just how much more there is to explore out there.

A rare phenomenon was discovered recently when two black holes collided and possibly produced some light, enough to be detected by scientists.

Matthew Graham, a Caltech astronomy professor, says it’s still just an assumption and they can’t “completely rule out” other events.

Whatever it is, we feel this is a good way to wrap up a Monday morning and get ourselves to think bigger.