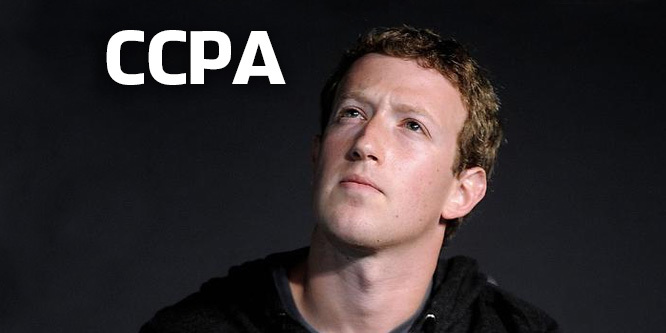 Yeah… CCPA is all over. It looks like a great mystery to the uninitiated, but we found a bunch of insightful posts that might clarify a few things for you.

This is not a binary thing

As Maurice Rahmey stated, CCPA is not a binary choice between limited data use and full data use. Here’s his solution, with the premise that this is not legal advice:

The string allows control over who tracks the users’ ID: “If the advertiser chooses to ID a user instead of FB, the advertiser can then set up a way to block only the CA users who’ve opted out from being tracked. Facebook sees only the CA traffic that’s opted in.”

What else can you do?

Should you exclude California from your targeting because it’s under-reporting?

Answering this question will likely depend on how much of your ad spend targets Californians. But you shouldn’t sacrifice good spend in the name of bad reporting. Instead, go beyond ROAS and look into the patterns that shape it.

Additionally, as Luke Austin stated in this thread, check to see how the algorithm is adjusting the spend before making any manual changes.

Apple’s new operating system isn’t slated for a public release until the fall, but its privacy features are already causing problems for users and brands alike.

A new feature coming with iOS 14 will alert users when apps are copying from their clipboard and potentially stealing sensitive information.

Here are two recent developments in the iOS 14 privacy saga:

Keep an eye out for more iOS 14 privacy-related news. With the public release drawing closer, the chances are that we haven’t heard the end of these privacy woes.

Marketers and brands certainly understand the power YouTube holds, whether it’s for creating an audience by discovery or nurturing it.

Unsurprisingly, its algorithm is what dictates whether your video is found or buried in the unfathomable depths of the internet. So, here’s what you need to know about it, straight from YouTube product managers Patricia and Rachel, via Social Media Today.

That sounds fine and dandy, but there are definitely cases where CTR and AVD are both great but the video still flops. Why is that?

Do you still have more questions? The original discussion between Patricia and Rachel is on YouTube here.

GOOGLE: Spam reports are only used to improve spam detection algorithms and they represent a very small fraction of manual actions Google issues to websites.

SEARCH: Want to know why Google was adding products to carts? If you participate in Google Shopping or Shopping Ads you agree that your site can be crawled, including the shopping cart.

E-COMMERCE: Adult toys have seen some of the biggest growth year-on-year when it comes to online shopping during the past few months.

SEO: Bing and Google come together for an SEO mythbusting video, including misconceptions about backlinks, search ads impact, blockers and more.

GOOGLE ADS: The company is testing a new search ads format for mobile devices where the first result has a larger headline font, making it stand out from the rest.

Did you have a steady finger?

Remember that MrBeast “keep your finger on the app” challenge we mentioned a couple of weeks ago?

Well, it’s over, and it didn’t pan out in the way anyone expected. In fact, four people still had their fingers on the app when Jimmy Donaldson – aka MrBeast – decided it was time to put things to an end.

Instead of one winner receiving $25k, the four final contestants got $20k each. Four other players, who took their fingers off the app earlier, also received payouts of $5k and $10k as part of an incentive to quit early.

It was fun to follow along with, and it seems even Jimmy Donaldson himself didn’t expect the contest to go this far. In any case, this was creative marketing at its finest, with more than 450k people participating and countless more following along.

We’ll see what’s next for Jimmy and his extravagant challenges!