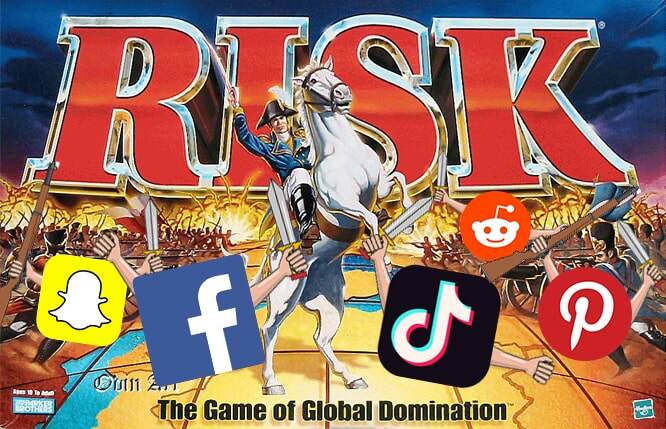 … As soon as you start sleeping on your region, chances are that someone will come and occupy it.

So, as soon as India banned TikTok, Instagram moved into the territory and started silently testing Reels, as Business Insider India revealed. The ban left 200M TikTok users in limbo and Mark Zuckerberg ain’t gonna sleep on it.

What is Reels? It’s not really an app in itself, but rather an Instagram feature that allows users to create and post short, 15-second videos with TikTok-esque features to add music, edit the video, etc.

India is not the only loss

While TikTok is losing territory in India, it has also pulled its app from Google Play and AppStore in Hong Kong.

Troubles from Down Under too?

Facebook should be preparing to test Reels in Australia as well…

An Australian MP called for TikTok to be banned, stating that it’s just a “data collection service disguised as social media”.

There won’t be any ban for the moment, but TikTok has been called by the Australian Parliament to answer concerns over how it handles users’ data.

An audit, custom metrics and yet another privacy law

We don’t mean to scare you more but it turns out that CCPA (California Consumer Privacy Act) has a power-up called CPRA, aka California Privacy Rights Act. This will be put to a vote in November and it could come into effect on January 1, 2023, so if it gets through you will have just over two years to prepare.

You can read why CPRA is a boost for CCPA like mushrooms are for Mario in this Digiday article. We just hope it’s not as confusing and frustrating for FB advertisers as the CCPA…

That’s the plan at least. The Media Rating Council is in talks with the social media platform to audit brand safety controls and partner and content monetization policies.

This has been in the making since February 2020 so, while the boycott might have sped up the process, this audit was always in the pipeline.

All this PR hype isn’t slowing down product development when it comes to the Ads Manager. Zach Stuck shared a screenshot showing that custom metrics are on the way for Ads Manager columns.

Does this look familiar? Probably, because this feature already exists in Ads Reporting. Hopefully we will soon be able to see conversion rate, average order value and more right there in Ads Manager.

AI (artificial intelligence) isn’t just the stuff of science fiction anymore. Each year, the presence of machine learning technology becomes increasingly evident in our everyday lives, and one consulting firm is using that to their advantage.

The team at Salt Agency recently published a case study on how they were able to classify more than 200k articles into four categories in less than a day. Pretty cool, right? Here’s how they did it:

Why does this matter?

If this all sounds a little far-fetched, we understand. Even the best AI today doesn’t come close to what you see in Hollywood, but the Salt Agency case study does show how AI can save both money and time.

This case study has a lot of implications for content marketing.

Whether you’re looking to classify articles yourself or you’re more interested in having AI write them for you, the technology is evolving rapidly.

Sculpt AI isn’t the only language processing AI out there. In fact, OpenAI announced in June that they would start selling their advanced, GPT-3 text-generation AI on an invitation-only basis.

Yes, this is the very same text-generation AI that was previously declared too dangerous to sell – but we know money has a tendency to prevail in the end.

Want to take a look under the hood of Salt Agency’s article classification? Check out their case study here.

MANYCHAT: Mike Yan announced that SMS from ManyChat is now available in Australia, Germany, Netherlands, Mexico and Brazil, bringing the total to nine countries together with USA, Canada, UK and Belgium.

SEARCH: You can now use regular expressions to filter report results in the Google Search Console.

REGULATION: India’s Government has drafted rules that will require tech companies like Amazon, Google and Facebook to provide source code and algorithms.

PRODUCTIVITY: Dark mode all the things! Google Docs, Sheets, and Slides now have the dark mode feature on Android.

SEO: Google is testing thumbnail images in search results. The images are square cropped versions of the featured images.

Elon takes a jab at short sellers – by selling shorts

As glorious as the shorts look, Elon is taking a jab at a different type of shorts with this new release – short sellers. He mocked short sellers of Tesla stock back in 2018 and has made it very clear that he thinks the practice should be illegal.

We can’t blame Elon for gloating, though. The Tesla share price continues to skyrocket, and the future looks bright for the electric automaker. If you’re looking to grab a pair of the shorts for yourself (for the price of $69.420, of course), they’re available here.

Nevermind, they already sold out… Just another great marketing campaign from someone who doesn’t think of themselves as a marketer.