Reddit’s got a (not so) secret project 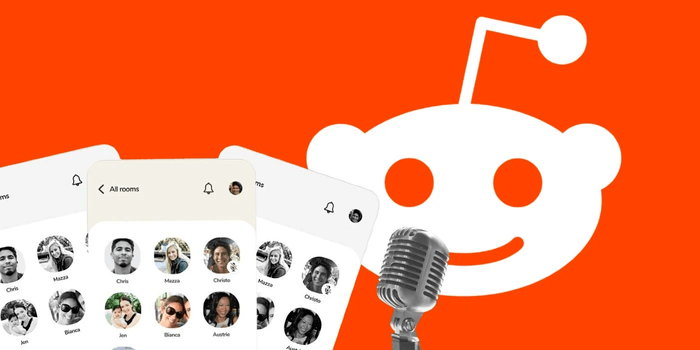 Reddit’s the latest in a long list of platforms rumored to be working on their own Clubhouse-style audio rooms feature.

How it will work: According to Mashable, audio rooms may be included in Reddit’s “power up” program, which was announced in August 2020. Power-ups let you pay a subscription fee to gain access to premium Reddit features, like uploading HD videos and leaving GIFs in subreddit comments.

Why should you care: Live audio chat is on its way to becoming the next major content format. Discord launched Stage Channels two weeks ago, and Spotify recently acquired a live audio app.

Live audio is the current gold rush. Clubhouse discovered the gold, and now it seems like everyone (including Reddit) is trying to get a piece of it.

81% of the US population uses YouTube. Facebook? Just 69%. That was just one of the headlining statistics from a recent Pew Research Report.

We briefly shared this last week in the newsletter. But today, we’re going to dive into some of the biggest takeaways from this massive report – and what they mean for marketers.

What you should know:

The Crew’s take: We find the statistics about YouTube particularly interesting. It’s proven to be an underutilized acquisition channel, but more marketers are talking about it. There are some interesting ad options, too: Like the option to only pay when someone watches your ad for at least 30 seconds, or clicks on it.

We recently interviewed Noah Kagan, who believes wholeheartedly in YouTube as an acquisition platform. Learn about his thinking and insights in that interview here.

Hassan Aanbar has already been a guest here at Stacked Marketer, and now he wants you to use the expertise of his agency, Bright Leads Media, to discover what’s stopping your website from climbing the Google rankings.

Bright Leads Media was started in 2016, helping a few clients with their SEO needs.

To cut it short, they helped many entrepreneurs make a lot of money through SEO. And in some cases, the results accounted for millions of dollars of revenue.

If that piqued your interest, get a free audit using their in-house audit tool. And discover how to grow your revenue with SEO.

Get your free audit here.

And if you are looking for an agency that could boost the organic traffic to your e-commerce store or website, book a free consultation call with them.

The most valuable copywriting in the world 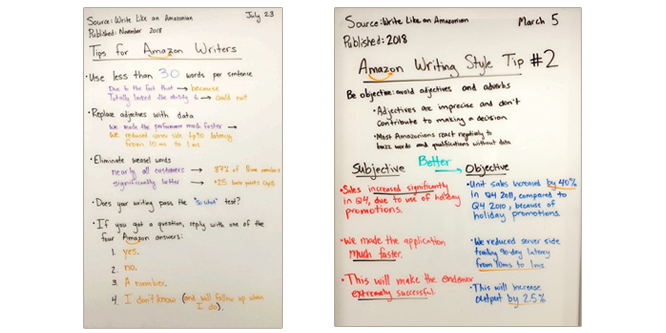 There’s plenty of copywriting theory on the internet. But, how much of that copywriting posturing can you say comes from a $1.6T company?

Alex Garcia wrote a great Twitter thread with seven tips from Amazon to “write like an Amazonian”. Here they are:

1. Use fewer than 30 words per sentence. This is good advice. And Scott Adams chimed in with a great reply, saying “Shoot for five. Ten is a lot. Twenty is bad writing.”

3. Eliminate weasel words. Be specific in your writing. This is similar to the advice about adjectives. When you can, write exactly what you mean.

4. Use the “so what” test. Once you’ve written something, read it and ask yourself if it would make sense from a reader’s perspective. The Crew’s tip: Take a 30-minute break after writing before doing this. You’ll come back with a fresh view.

5. Be objective. You’re probably seeing a common thread here: Be specific. Like how you shouldn’t use vague adjectives, you shouldn’t (normally) be subjective in your copywriting. Use real facts.

6. Avoid jargon and acronyms. Ever come across an agency site that says something like ‘We revolutionize the way groundbreaking brands revitalize their marketing’? Yeah – don’t do that.

7. Use subject-verb-object sentences. The grammar nerds out there will be happy about this rule! (That grammar nerds sentence was a S-V-O sentence, for context.)

Alex added plenty of context and examples in his full Twitter thread.

The bottom line: When a company like Amazon talks copywriting, we listen. These seven tips apply to most types of copywriting. In other words, this is a great checklist to go through as you’re writing.

EMAIL: Chase Dimond provides 5 tips on warming up your domain before you send email.

LINKEDIN: 500 million LinkedIn records were supposedly scraped and put up for sale. This is partially disputed by LinkedIn.

GOOGLE: Google is testing FLoC on a sample of Chrome users worldwide. Find out if you’re one of them with this handy online tool.

CLUBHOUSE: Someone reported 1.3 million user records were leaked from Clubhouse. Clubhouse disputed this claim, saying this is publicly available data.

I have branches but no fruit, twigs, or leaves. What am I? 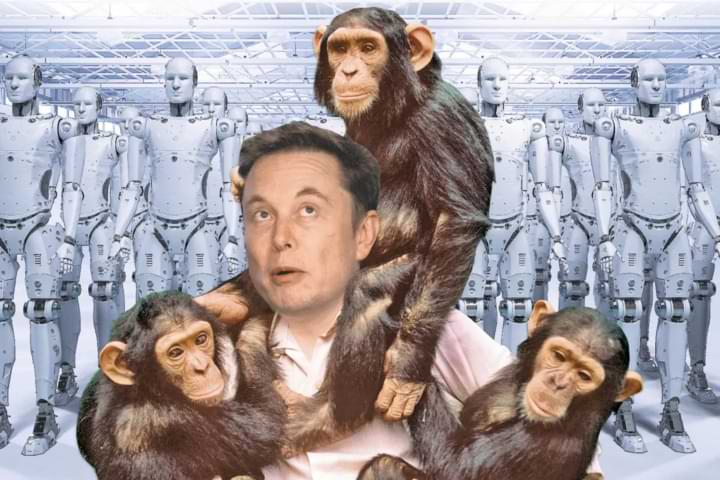 Elon Musk is usually busy with all sorts of, *ahem* unique projects (not Jurassic Park yet, though).

Among them all, Neuralink is one of the most unique: It’s a company that designs neural implants. In other words: Mind control devices… Kind of.

And while you may have seen some Neuralink clips floating around the internet previously, the company’s newest development is likely its most impressive:

Neuralink got a monkey to play Pong with its mind.

If you need to see it to believe it, watch the video here. First, the monkey played a game with a real joystick in its hand. Using that data, Neuralink’s implant was able to predict the monkey’s actions in Pong.

We watched the video. Our conclusion? The monkey may, in fact, be better at Pong than a few members of The Crew.