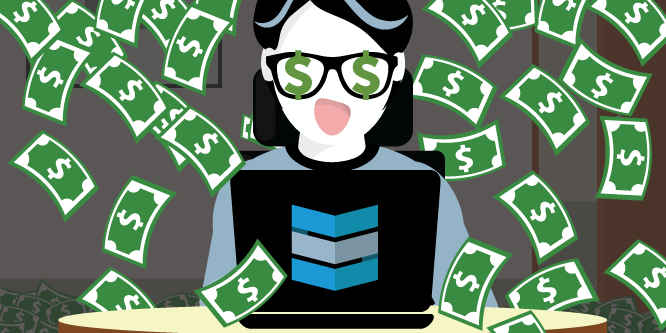 The United States’ election is still ongoing, but Election Day itself has come and gone – and with it, so have political ads. Biden and Trump spent a record-setting amount on ads this year, and to say the least, it has made the past couple of months rocky for advertisers on Facebook.

That’s over now. And while the market is still as competitive as ever with Q4 and Black Friday coming up, things are starting to look up again for advertising on Facebook. Here are a couple quick-hitting facts and ideas to get you ready:

+ Aaron Orendorff did some aVnalysis on the state of his ad performance. Based on past trends, he’s guessing that we might be on the upward trend with performance as we head into the holiday season.

We’ve said it a thousand times before, but we’ll say it again. It’s going to be a crazy Q4, but it doesn’t have to be crazy in a bad way – get your priorities and strategies straight before you dive into advertising this season, and you’re already on the right track!

When it comes to SEO communication from Google, there’s the good… And then there’s the bad.

The good: Google makes it a priority to chat with the SEO community, and sometimes gives good answers. John Mueller and Gary Ilyes do a pretty good job at this.

The bad: The advice Google gives out is often unclear, and sometimes, it’s misleading for SEOs looking for advice on how to get pages ranking.

This recent article from Kevin Rowe at Search Engine Journal clears up the confusing – and talks about why you shouldn’t always listen to Google about SEO. Here’s the breakdown:

The Crew’s take: It’s easy to fall down the rabbit hole of SEO controversies, conspiracies, and snippets from John Mueller (or anyone else’s) statements. The better strategy? Pay attention to what’s going on, but focus on results – proven tactics are almost always the way to go.

How an online game turned into a $3.5B messaging app

Grab a hot chocolate and get cozy, because it’s storytime.

Have you ever heard about Discord? Maybe yes… probably not…

In any case, Discord is a popular group-chatting app originally made for gamers. But, it’s slowly conquering the internet – mostly due to smart business and marketing decisions made along the way.

Here’s a short timeline on the rise of this app:

Unfortunately, the founders said they’re not gonna monetize its 100M users base with ads (we can only dream), but there are some marketing lessons we can learn from this company:

Maybe this was the first time you heard about this app. If you’re interested in learning more about its rise, read the full story here.

SOCIAL MEDIA: It’s all built up to this, in a way. The increasing pressure on social media to regulate misinformation is culminating during the U.S. election this week. Check out this article to see what companies are doing to prevent false narratives from spreading.

INSTAGRAM: Alessandro Paluzzi reported that Instagram is testing a new way to react to stories without actually sending a DM. We can only hope!

ADVERTISING: Take a look at how some of the biggest advertisers are spending during the pandemic. The budget might not line up with yours, but it’s interesting to check out nonetheless.

LINKEDIN: Looking for work? LinkedIn’s just released a blog post explaining a new career-finding tool that some of y’all might find interesting.

What has a head and a tail, but no legs?

In the mood for an old fashioned?

Well, not that kind of old fashioned – even if the Don Draper in every one of us would love to pour one.

But, if you’re looking for an old-fashioned version of Google’s app logos, you can stop looking. Though the company’s new logos look pretty clean to us, there are plenty of people out there who prefer the old look.

Fortunately, Gizmodo spotted a Chrome plugin that’ll do the simple task of reverting Google’s new app icons to the old ones.

You can check out the plugin right here, if you’re interested. Have fun!