The power of LLAs + Outbrain Pixel on Native Ads: 52%+ higher CVR Case study. US celebrity sues Facebook & Reddit because of affiliate marketers’ ads. How much can you make from 1M views on YouTube?.

Facebook, following in the footsteps of Instagram, is now testing out its native checkout feature. Meanwhile, Instagram is trying to help you turn organic posts into ads.

Seeing unforeseen and unexplained performance drops in your ads? We’re here to tell you why it happens and how you can avoid it.

“These new ads are based on the ways people currently like to discover and purchase products on Facebook and Instagram so the ad design and experience will be familiar.”

Facebook announced two new ad features on Monday that are currently accessible to a small set of advertisers.

Checkout on Facebook. A native checkout feature for Dynamic ads, which will allow users to purchase an advertised item directly from the News Feed. 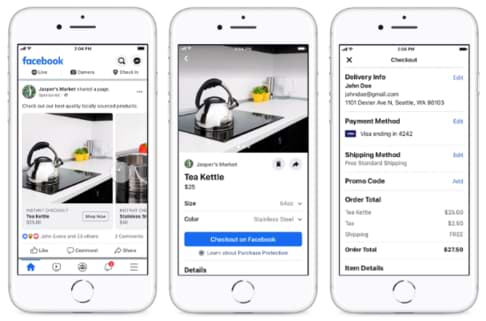 As good as this sounds, it does mean that users need to have a payment option attached to their Facebook account. Considering FB’s privacy issues over the past few years, we’re not sure how many users will be comfortable adding a payment option to their accounts.

On the flip side, one can also argue that convenience tends to outweigh privacy in most respects.

Maybe this also has something to do with Libra cryptocurrency? Well, it will be interesting to see how things unfold with this new native checkout feature. 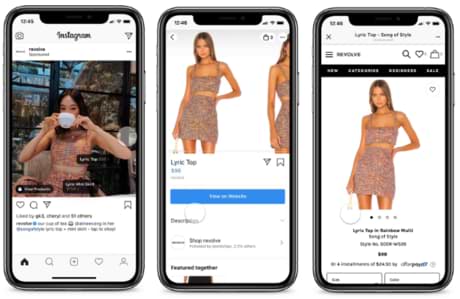 Both of these new features are currently being tested with a small set of advertisers, and they could be rolled out to a bigger chunk before Christmas.

It’s a common occurrence to find people complaining about frequent and unforeseen ad performance drops. We’re not saying you’re among them, but if you do struggle with this here’s a good post shared by Mirro Salim showing you exactly how to avoid performance drops.

+ The premise: When you target an audience on Facebook, the system will only attribute a slice of that audience to your campaign. For example, if your audience size is 2M, this doesn’t mean that your ads will actually be shown to 2M people. Instead, FB shows them to a part of this audience that it thinks will be most suitable.

This explains why, after a great start where your ads are crushing it, your performance starts to drop. Just a bad day? Not at all.

+ The problem: After your campaigns have been running for a while, Facebook still doesn’t open other segments of your targeted audience. You carry on showing ads to this same slice of the audience, resulting in the frequency rising and your stats plunging.

+ The solution? Mirro calls it the “Playing in the sandbox campaign”. This will be a separate campaign where you try out all your crazy ideas, your new ad copies, images, videos, audiences, etc.

The result is an increased lifespan of campaigns, because you’re constantly refreshing it with new creatives and audiences.

Long life to your campaigns!

🧠 The power of LOOKALIKE AUDIENCES and Outbrain Pixel on native ads – case study!

Did you already grab The Performance Marketer’s Complete Guide to Native Ads from Outbrain? If you didn’t, go here quick and grab it. It’s free!

If you did have a look at it, you know that Outbrain has some extremely powerful features and today we wanted to bring you not one, but TWO case studies that show how they work!

First off, let’s have a look how EverQuote scaled conversions using Lookalike Audiences from Outbrain!

Oh, we promised a second case study, right? OK, let’s have a look at iSelect as well.

If you are going to DMEXCO 2019 and interested to learn more setup a meeting with someone from Outbrain right now!

Celebrities are getting angry! And they’re starting to vent anger on Internet Giants…

Karen Hepps, a Philadelphia news anchor, sued Facebook, Reddit and other platforms, after her pictures started showing up in dating and ED ads.

We’re not here to judge… Buuut, are these the kinds of techniques used by affiliates? Celebrities always boost conversions…

The action calls on the sites to take down the pictures and pay damages as compensation.

However, Karen Hepps doesn’t have a high chance of success on this one: The Communications Decency Act’s contentious Section 230 protects sites against liability for user-uploaded content, including advertisers.

So, Hepps would either have to prove that sites knowingly hosted the photo, or target the individuals who uploaded the picture… Pretty hard, eh?

She’s certainly not the only celebrity complaining about these kinds of ads. And, yes, it’s a long story, eh?

For years now, it seems that FB and others have been saying they will definitely cut out these kinds of ads. FB is also working with a celebrity in the UK to combat these fake endorsements.

However, it does look like they’re struggling to stay a step ahead of those advertisers using black hat techniques to elude their systems. Or… Maybe they don’t want to?

They certainly have the intelligence to do it, and if more and more celebrities and consumers start to complain, maybe they will finally stop this.

Two sisters we are, one is dark and one is fair,
In twin towers dwelling we’re quite the pair,
One from land and one from sea,
Tell us truly, who are we?

Was the iPhone invented during the Stone Age?

And just maybe the iPhone wasn’t Steve’s idea either!

Archeologists made a shocking discovery recently when they found a 2137-year-old ‘iPhone’ in a woman’s grave during a trip to ‘Russian Atlantis’.

Who did it belong to? An ancient fashionista who lived in Mongolia during the 3rd century BC. 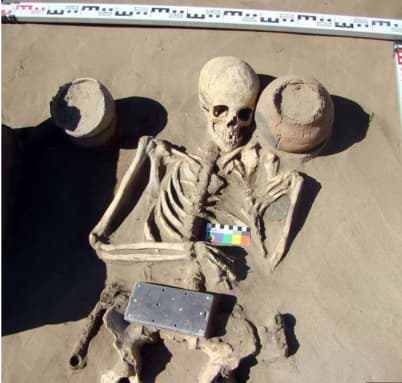 Well, it’s not exactly an iPhone. It’s more a lookalike made of black gemstone jet and decorated with a collection of precious stones and jewels, which could easily be mistaken for a high-end phone case.

What could she have used this for? It’s thought that she used the item as a belt buckle, like lugging a weight around the waist.

Well, maybe the lady was a fashion influencer or entrepreneur in the olden days. She surely could have benefitted from Instagram and FB Groups for promoting her revolutionary product.

The answer is SALT AND PEPPER.