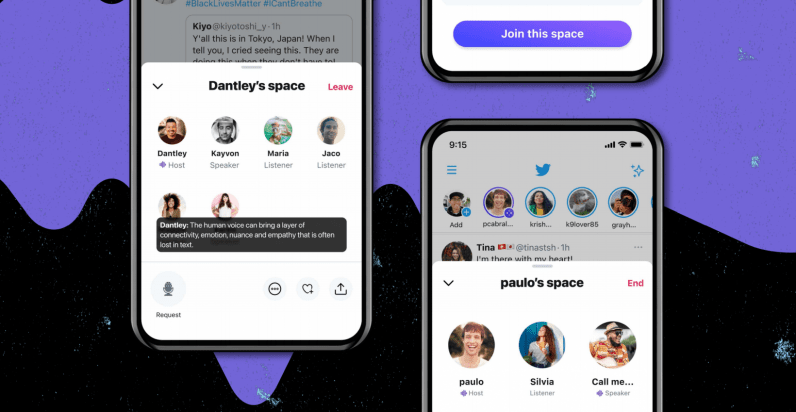 Twitter made some news yesterday with a couple of relevant updates: One about Spaces, and one (unofficial) update about some e-commerce tests. Let’s check them out:

The world of audio spaces is on fire right now, so it makes sense that Twitter’s making moves to get Android users familiar. Where it’ll all go, only time will tell.

The archive to end all archives

Austin Schless just spent what was probably an absurd amount of time putting together an excellent compilation of the best Twitter threads on building newsletters.

There are about 50 different threads and resources linked. It’s a lot, but it’s good. Here are a few of our favorites:

+ This thread from Morning Brew’s Austin Rief on how they found success. It’s a good look into how Morning Brew built the newsletter they have today.

+ Some thoughts from Sari Azout on newsletter lessons, and why consistency is overrated. If you were looking for an excuse to stop sending your newsletter as frequently – or to send more emails than usual – this is it.

+ A video of David Perell talking about how often you should publish. In effect, he’s saying that you should scale up to as much as you can (five times a week, anyone?) and the video is a good watch.

You can check out Austin’s full Twitter thread here.

Or, if you want to check out one of our threads on the lessons we learned after sending more than 3.6M emails, you can find it here.

Video ads so good your customers will throw money at you 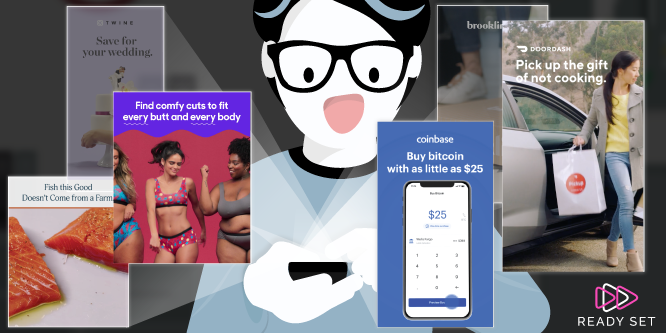 “Our cost per lead is down 64% since we started working with Ready Set. Not just on Facebook but on other platforms as well” – Reid Mansell, Sr. Director of Performance Marketing at Tailored Pet Nutrition

“90% of the video ads DoorDash is running across social channels were produced by Ready Set… we’re getting the scale we need now.” – Justin Neustadter, Head of Mobile User Acquisition

“What’s interesting about Ready Set for marketers is the opportunity to learn what works in video at a faster rate, and at a lower cost.” – Gary Briggs, Former CMO at Facebook

Hey, if even an ex-Facebook CMO loves Ready Set, they must be doing something right.

What do they do?

Ready Set reinvented the way video ads are produced: According to the American Association of Advertising Agencies, an average live-action video costs around $350k. Ready Set allows you to get such videos for a tiny fraction of that cost.

They’re focused on driving results: Started by ex-Airbnb and Nanigans guys, Ready Set creates direct response videos that drive sweet returns on your campaigns while also building your brand. They’re a Facebook Premium Partner, and with multiple execs from Facebookers, Tubescience-ers and other top-notch talent vets, they know what works where.

Oh! And their Creative Directors come from places like Peloton, VICE, Chiat Day so they know how to make your brand team happy. They’re the master of social ads and you can check their work here.

Supercharge your ROAS with Ready Set.

Where are you headed? 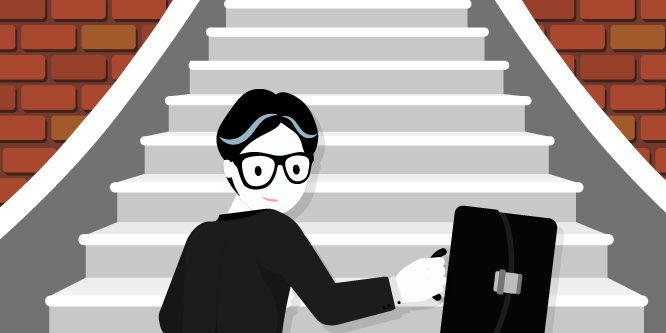 Chase Dimond, the owner of a 7-figure agency, recently wrote about one of the most interesting things he’s learned over the past three years running his agency.

And it’s all about how the profitability of an agency changes as it grows and evolves.

Let’s give it a look.

+ Stage 1 – The early days: This is the moment of highest profitability. You do most of the work. So, with little overhead, you keep most of the revenue you make.

+ Stage 2 – First full-time hire(s): As you start hiring people, margins begin to drop. During stage 2 of his agency, Chase says the margins were 60%.

The Twitter thread caught some attention from others, and there’s an interesting point brought up by Jason Akatiff:

+ There’s an intermediate stage between the second and the third. He calls it the “management layer phase”. It’s when you’re at 50-60 employees and you need high-cost managers to run the agency. During this phase, the margins could also go on the negative side. And you need to scale big.

Why is this important? Because you must figure out which path you want to take.

Staying small and keeping most of the money? Or going for the hardcore scale?

Choose one of the two, because stage two is “no man’s land”. The extra revenue you make isn’t always worth the effort in that stage.

If you want to stay small and focus on margins, stay in stage one and pick fewer clients with higher revenue.

If you want to get an exit or build something big, aim for stage three. And, Chase’s tip to not get stuck in stage two is:

Interesting how this could be applied to almost every other business model. So, whatever it is, make the decision of what you want to be: Small fish with high margins or big fish with small margins?

ADVERTISING: There’s a new ad tax in Maryland, making it the first U.S. state to impose a tax on digital advertising. If you want to learn a little more, this Search Engine Land piece will help you out.

SPOTIFY: A new forecast predicts that Spotify’s podcast efforts are paying off, at least to some extent. The app’s podcast listens are expected to surpass Apple this year.

FACEBOOK: Groups’ members can now create Q&A posts. Up until now, this feature was limited to Groups admins, but there’s the option to turn it off.

AFFILIATE MARKETING: Airbnb is shutting down its affiliate program at the end of March 2021.

What is full of holes but still holds water? 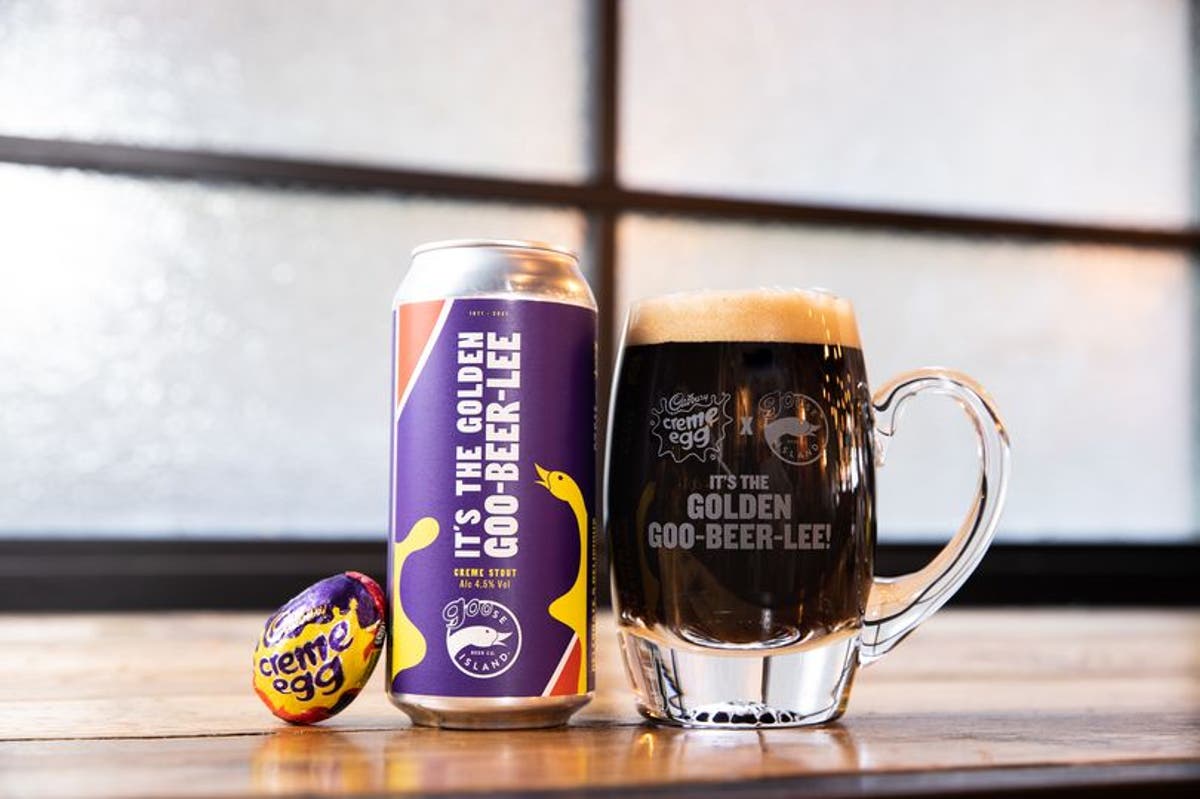 Easter is around the corner, which means peak season for Cadbury and its famous Creme Eggs. And so, naturally, the company has been ramping up their marketing.

This year they took things to a new level, though: They created a Creme Egg-flavored beer. It’s produced by a brewery called Goose Island, and its official title is “Golden Goo-Beer-Lee Creme Stout”.

Supposedly, it’s flavored with cacao nibs and vanilla beans, which give it that chocolate creme flavor. To be honest… It doesn’t sound too bad.