The ‘absolute truths’ of SEO, written by SEO experts 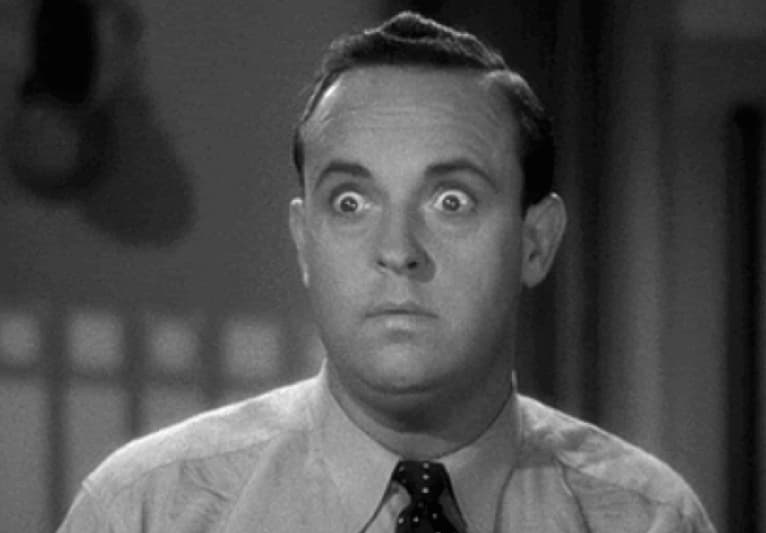 Following along with Google employees’ Twitter accounts is probably one of the most geeky hobbies out there, but it’s always a wild ride. This week, Google’s John Mueller tweeted out a thread asking: what are some absolute truths in SEO that you’ve come across?

Naturally, there was a flood of responses. These are the ones that stood out to us, along with our thoughts:

“Sites who remember to keep their actual customer / visitor in mind always do better than those whose first focus is an algorithm and then their customer” – Marian Leadbetter.

+ This one’s huge: both from an SEO and a conversion standpoint, design your site for customers first, and algorithms second!

“Google is the most discriminating of users. [Stick to] the basics. Always the basics.” – Grant Simmons.

+ It’s fun to get fancy, but Google’s algorithms don’t know the difference. Stick to the SEO fundamentals – they’re fundamentals for a reason.

“SEO is not dead. It’s just you suck.” – Suganthan Mohanadasan.

+ It’s a joke, but it’s also not. People have been proclaiming that SEO is dead ever since it began – and you’ll find people saying the same thing about Facebook advertising, content marketing, and almost any other aspect of business. Fortunately, it’s rarely true!

Got any SEO truths of your own to share? Let us know. We’d love to hear what you have to say!

Twitter offers some advice to up your marketing game with Lists

Are you creating your own lists of accounts to keep up with on Twitter? The feature’s proudly displayed on the sidebar of the website, but it tends to fly under the radar.

Twitter just swooped in with some tips on how marketers can make the best of the Lists feature – and it’s actually some pretty sound advice. Their announcement was targeted at social media marketers, but we’ll broaden it to general marketing applications, as it’s relevant for pretty much everyone. Let’s jump in:

The ideas above aren’t groundbreaking, but they’re friendly reminders from Twitter that the List feature can be a legitimately useful tool for marketers!

Whether it’s for keeping up with the latest news or just consolidating your favorite marketing meme accounts, Twitter’s advice offers up some solid options for boosting your marketing game.

The secret weapon we use to achieve a 47.6% open rate after sending over 3M emails

It’s not about the subject lines, it’s not even really a secret… If you read our email deliverability guide, you probably know it already… GlockApps!

To cut a long story short – if you send emails, GlockApps will directly influence your revenue.

How? On average, 51% of emails do not hit your readers’ inbox. So you’re missing out on quite the reach. Talk about leaving money on the table…

GlockApps helps increase your deliverability by showing you where your email is likely to be delivered and what you can do to hit that inbox.

Here’s a rundown of the vast info from every test:

GlockApp isn’t for marketers who don’t have an email strategy. But if you have your content on point, maximize your deliverability – try GlockApps!

PS: Our deliverability guide might be a good read for you as well. 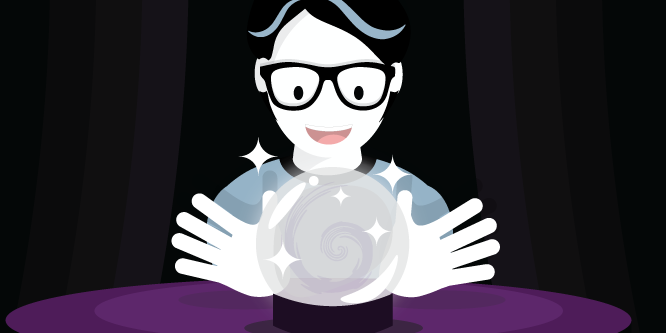 This year might be the first time in all of human history that retail stores aren’t flooded with shoppers on Black Friday. We’re not totally exaggerating, either – with stores still in various stages of lockdown, e-commerce has seen an unprecedented surge in the past six months.

Q4 kicks off the shopping season on October 1st, and we want to know: what’s next for advertising this year?

That’s where you come in – along with 16k other marketers reading this. We want to help you prepare for a wild Q4 by crowdsourcing some insights about how e-commerce advertisers plan to spend their ad budget in the coming quarter.

We’ve put together a quick, anonymous and painless survey that takes just 3 minutes to fill in.

At the end of September, we’ll analyze it and share all the insights in this newsletter. It won’t be locked behind any form or paywall, it will be free and open to read!

If you’re working at (or run) an agency, feel free to fill it in with stats from each of your relevant clients.

Give us 3 minutes of your time so we can give you awesome insights.

And share it with your marketer friends – they don’t have to subscribe to fill in the survey or read the report. It’ll be free for everyone on our website! Savannah Sanchez, social media marketing extraordinaire, just presented a bold idea: Get rid of CPC (cost per click), CPM (cost per mille) and Relevance score from your dashboards. Why? Because there’s no correlation between CPC and ROAS (return on ad spend).

Already want to voice your disagreement?

Stick with us – Savannah’s analysis is drawn from her experience with more than $10M in ad spend on FB, so we should probably listen to what she has to say.

+ Let’s start with some context. On Facebook you can target two types of users:

To target those engaged shoppers, optimize your campaigns for Conversion.

After aggregating and analyzing the data of 50 ad accounts, amounting to $10M of ad spend, Savannah measured the correlation between CPC and ROAS.

There’s no correlation between CPC and ROAS.

This comes down to which users you target: if you target engaged shoppers, your CPC will be higher – but so will your ROAS!

+ Which key metrics should you focus on instead? Savannah recommends making these changes to improve your approach:

We tried to summarize Savannah Sanchez’s post as best we could, but the full article is packed with real-world examples, screenshots, and a couple of memes. Go give it some love!

TIKTOK: While Google has confirmed that they will not be buying the app, TikTok CEO announced his resignation. The reason? The pressure between the company and the USA would change the structure of the role he initially signed up for.

INSTAGRAM: Creators may soon be able to recommend products, places, and more on Instagram. The feature is reportedly in development at the moment, but would open up more influencer options for marketers.

TIKTOK: The UK government is considering implementing some restrictions on TikTok due to privacy concerns. However, it’s rumored that TikTok will still be allowed to set up an office in London.

FACEBOOK: Publishers who make use of Facebook’s Audience Network for mobile advertising will likely be taking a big revenue hit soon, Facebook says, due to iOS 14 privacy settings.

GOOGLE: A unique analysis of more than 2.4M Google My Business accounts found that less than half were claimed by the business owner, and 4.08 is the average star rating.

What has five eyes but cannot see? 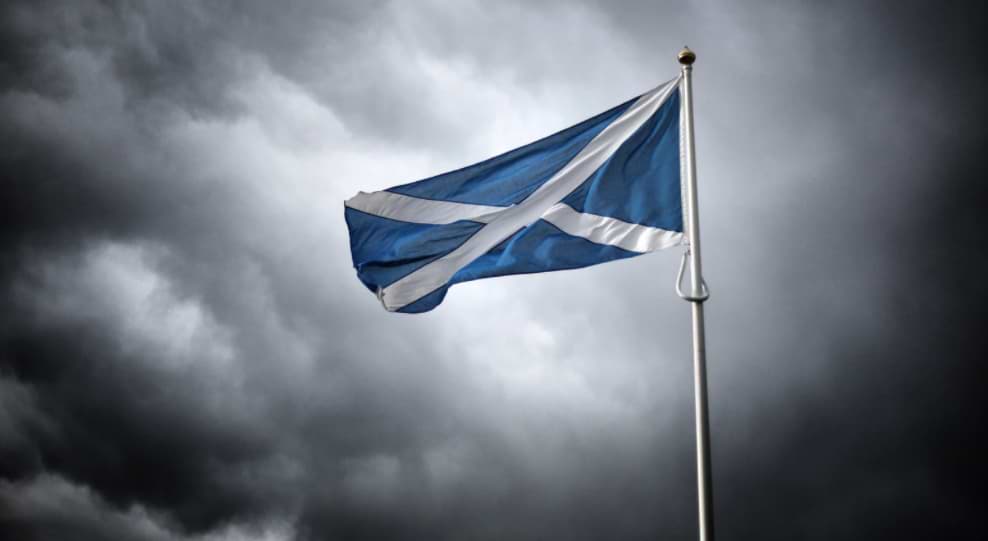 Did you know that Scots is actually a language?

Or, as we should say: Did ye know thon Scots is actually a language?

Listed as one of the official languages in Scotland, Scots is a variant of English that, to the untrained eye, looks a lot like English written with a Scottish accent.

As it turns out, one American teenager took that interpretation to heart…

A user on Reddit discovered this week that almost every single article on the Scots version of Wikipedia was written, or edited by, this one particular user. The main problem? The American responsible cannot speak Scots.

It seems that the non-Scots-speaking writer wrote most of the content in English, and then looked up individual words in unreliable Scots dictionaries in a plug-and-place type of process.

The craziest part: the person responsible for the mangled version of Scots on Wikipedia wrote more than 20k articles and produced over 200k edits. In the time period that they were active, that breaks down to 9 articles a day!