Affiliate Marketing Strategy to 12x your revenue this Black Friday. Facebook takes on Amazon by announcing its own payment system. The 10 Highest ROAS audiences for FB you must leverage this BFCM.

On its way to conquer the world… Announcing Facebook Pay!

A few days ago, we featured the news that FB is building its own email platform. Apparently, that’s not the only thing cooking behind the scenes.

FB just announced the launch of its own payment system, called Facebook Pay. It’s a single payment system that connects all of its apps under a single umbrella: Messenger, Instagram, WhatsApp and of course, Facebook itself. 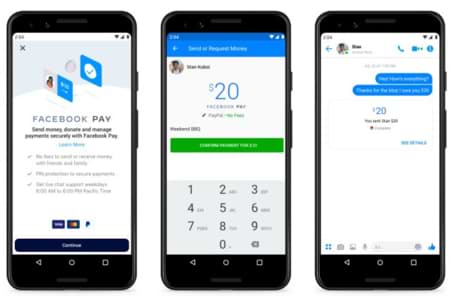 Here are some of the key functionalities of FB Pay:

Initially, this will only be available for the folks in the US and can be used on Facebook and Messenger for making in-game purchases, paying for fundraisers, event tickets, person-to-person payments, and for select pages on Facebook Marketplace.

This functionality will later be rolled out to Instagram and WhatsApp too, although there are no specific timeframes for that at the moment.

Once this is rolled out across all apps, people will be able to purchase products directly from FB and IG, or for sending money to family and friends on WhatsApp.

FB Pay will start rolling out this week.

What does it mean for marketers? First of all, smoother payments happening right within the app. Second, it will be a huge amount of users’ data coming to Facebook: CC details, payment history etc.

This will help Facebook level up with Amazon and other marketplaces which already have this kind of data. Not sure if FB will allow us marketers to leverage on this data for audience targeting but it definitely will boost its algo intelligence.

One up for the algo!

SEO communities across the world have been speculating about Google releasing yet another search ranking update.

Google has put all such speculations to an end by confirming a new algorithm update.

This wasn’t like any of the pre-announced updates from Google. Although, Barry Schwartz was one of the first people to notice some noise in his reporting tools around 8th Nov, which he then talked about on Search Engine Roundtable.

SEOs and site owners affected by this update saw a significant change in terms of organic placements and site visitors. We’re talking 30-50% movement, either up or down.

What should you do? Meh. Google stated there is nothing you need to do to fix anything, but later went on to share some advice on how you can improve your site rankings for future core ranking updates. Well, we didn’t really find any specific piece of advice there, but you can still give it a read.

Review your rankings and your search traffic reports. If you saw an increase, great for you. However, if there was a steep decline, then read Google’s advice above on making improvements to your website and content.

🤓 Getting 10-12x more revenue on Black Friday as an affiliate and the BIGGEST EVER Voluum discount!

The folks at Voluum have teamed up with Colin from Deberoo to provide any and every affiliate marketer with a guide on how to get the most out of Black Friday as an affiliate marketer. But these are pretty good for e-commerce stores too!

Yeah, it’s a big day for e-commerce stores but it doesn’t mean affiliates cannot take advantage of it too! According to Colin, getting ready properly and implementing a strategy for Black Friday as an affiliate managed to grow revenue by 10-12x. Solid numbers!

How did he manage this? By preparing before, during and also right after the BF weekend.

What did he do? Well, it’s a 10-15 minutes read because there are many small details so you should certainly check out the full blog post here. We can bring you some of the most interesting tips here though:

Colin also discusses how to bundle offers, how to create cheatsheets and to incentivize users to click on your offers instead of those from someone else and where to promote these offers.

And that’s not all. To make sure your tracking is as powerful as it can be, Voluum has put together their best ever offer. $44/month for Discover plan, $88/month for the Profit plan or $248/month for Grow plan when billed annually.

Compare the plans and choose the one best for you here! Offer valid until November 30, 2019.

Instagram is back at it, applying its bullet-proof business model of simply copying competitors’ features.

The latest victim? That app that has been making headlines recently: The Chinese rival TikTok.

Which feature is being released? Reels! This will let you make 15-second video clips set to music and share them as Stories, with the potential to go viral on a new Top Reels section of Explore. 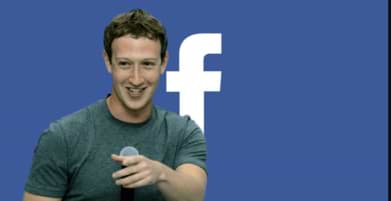 Users can source the soundtrack for their Reels from a large catalogue of music, or just borrow the audio from other users’ videos to create a remix of their meme or joke.

Reels will initially be released in Brazil, under the name of Cenas, before being rolled out globally at a later date.

Copying Snapchat Stories proved to be a great strategy for the Facebook family. Where would Instagram be now without Stories?

Copying TikTok? Let’s wait and see what happens. The strategy will be the same as IG used for Stories…

Roll out the feature in countries where TikTok isn’t yet popular. Stories were launched in geos where Snapchat wasn’t a big thing.

Instagram has an advantage thanks to its huge audience, and in addition TikTok is experiencing some issues with the American Government due to Chinese censorship values.

Well, Govts aren’t too fond of Facebook either, but at least it is more grounded and can count on its huge audience.

Good or bad for advertisers?

If Reels go viral across IG, advertisers will benefit from having a new way to keep users engaged. Not to mention the sweet new ad slots while still being able to leverage Facebook’s advertising power.

That being said, you will still have to deal with the bad sides of FB advertisement: Bans, breakdowns, etc.

This doesn’t mean that Reels will kill off TikTok, though. After all, they still have 1B active users. Chances are that IG’s strategy will just limit TikTok’s growth, exactly the same as what happened with Snapchat.

You have a drawer with 10 pairs of black socks and 10 pairs of white socks. How many times do you need to blindly reach inside the drawer and take out a sock, so that you get a matching pair?

All eyes on Disney crushed Disney… 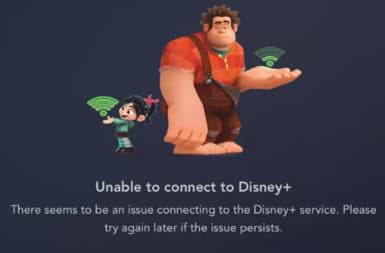 How would you feel if, after teasing your customers about your next product release, your website crashes right on the day of the launch? Or… how would Tim Cook feel if, on the release day of the new iPhone, the device doesn’t work?

Probably feel ashamed, right? Well, we can ask Disney for a detailed account of how this feels.

Yesterday was the launch of Disney+, but things didn’t go to plan for the company.

The platform crashed and users were unable to connect.

In the past, Disney has been well prepared for high-pressure streaming launches, such as Game of Thrones on HBO Now and UFC PPV events on ESPN+. However, technical glitches can always come back to bite you.

Product launches very rarely go smoothly and always come accompanied by a lot of pressure. All eyes are on you and you gotta show your best.

Even giant companies aren’t immune, and the bigger you are the more pressure is piled upon you!

Fortunately, though, the issue didn’t result in a big product fail apart from some complaints.

Only 3 times. Once you have two socks of the same colour, they already form a matching pair.