8 tips for a successful Black Friday

This one has been shared by Andrew Dunn, and it delves into 8 things you should expect from the hot sales season and the best ways to prepare for it.

So, funnel them up in your email list, Messenger bot, remarketing audiences. Or use all of these, and when the right time comes you can market to them at a cheaper price.

There it is! Remember… Q4 starts in a month, so you still have enough time to put a killer plan together! 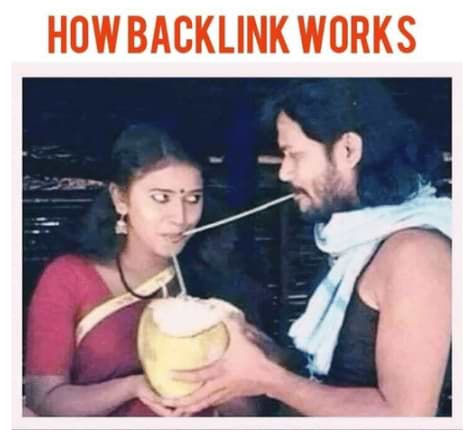 If you’re a beginner in the world of SEO then you’ll undoubtedly want to build some good quality links to your websites. We’re guessing, just like many others out there, you might be having a tough time at it.

So how do you get started with link building when everything seems so complicated?

Search Engine Journal has released an eBook which covers all the major aspects of link building.

They quickly mention that there is no single correct way to build links, so don’t expect the eBook to lead you straight to the best link building method.

Instead, you’ll learn about the importance of link building in SEO and the fundamental components that make it work.

Here what the eBook contains:

🧞‍♂️This genie will help you build the ultimate e-commerce funnels!

Funnels! You’ve heard the word everywhere, right? “You gotta have a good funnel!” is general marketing advice. It’s true! Not everyone is a coder though, so you need a quick, easy and efficient way to build funnels if you want your brand to skyrocket.

The funnel builder that grants all your wishes is here! Funnel Genie is the tool that can help you build multi-million-dollar brands by launching a high-converting funnel within seconds! Easier to build than a website with a focus on conversion optimization, increasing average-order-value and cool integrations.

It might just be the world’s easiest and fastest e-commerce funnel builder.

What makes Funnel Genie so good compared to other funnel building tools out there? Well, let us tell you about it…

Funnel Genie is there to answer the prayers you’ve made to e-commerce Gods to give you something better, something that will help you increase your average-order-value, something that is faster and that has tons of proven templates already.

There are a lot of claims here so we encourage you to just test it out. It’s just $1 to try Funnel Genie!

Sign up right now and unleash the Genie’s power!

We’ve already featured countless posts and case studies about CBO best practices, so you might already have an idea on how to work with it.

However, we’re still here dropping more stuff about CBO, just to put your mind at ease and to give you as much information as possible.

This time, it’s a post from Alexandr Fedotoff. It basically covers everything, from launch to scale.

Campaign level: The best set up Alex found is a conversion objective campaign with auction buying type. Start with a default budget of $100/day.

Ad set level: Schedule your campaign for the morning (after 7-8 AM). Why? Because it needs time to optimize during the day. Plus, the poor traffic received overnight will distort your first-day’s results.

Audiences: Use your best Custom Audiences for warm traffic and the best performing Lookalike Audiences for cold traffic. If you go with Interests, use one only Interest per ad set.

If the campaign is sticking to your KPIs, scale it. Otherwise, you have to optimize it. Check the KPIs for every ad set and turn off the losers. If it stabilizes at this point, it’s time to scale.

If your campaign performance starts to drop, however, it’s probably due to ad fatigue. You can solve this problem in two ways:

You don’t have to change the ad text. Ad fatigue stems from overworked images and videos, so if the text has been working well so far there is no need to change it.

If your CBO campaign performs well for 5-7 days, you can scale it.

If you find some well-working audiences during the test phase, start with a $300 budget instead of $100$.

Finish line. Though Alex goes into more detail in his post about testing and optimization you can perform during scaling. So, if you want to know more, you can find the whole guide here.

The onset of a new bidding strategy to drive the maximum conversion value from your Search campaigns. As a site owner, if you are seeing a decline in ad traffic on your sites, this new update from Google might be the reason behind it.

As per Google, this bidding strategy will use your historical campaign data and users’ contextual signals to determine the optimal CPC bid during each auction and will aim to optimize for the maximum conversion value within your daily budget.

Starting today, you can use Maximize conversion value for all Search campaigns.

How can you use this?

You will either need to specify transaction-specific values or set conversion values for the conversion types you’re optimizing for.

You can do the latter using the “Conversions” Tab under Tools.

Google is also working to provide more flexibility to advertisers for assigning value to conversion actions using rules. Once these are rolled out, you will be able to set rules based on factors such as location, device and audience.

Though this update is just as relevant for advertisers too, only they have the benefit of not having to take any action. Publishers, on the other hand need to be more aware of this and adapt their practices accordingly.

Apparently, Google has been updating their system to prevent invalid traffic and suspicious activity on its ad networks.

This Wednesday, they announced new measures to provide AdSense and AdMob publishers with more information when an ad serving is restricted.

Site verification process worked wonders. Last year, Google introduced a new process for site owners to verify their domain ownership or authorization to modify a site’s content before being approved to serve ads.

The previously common practice of misusing an existing code and placing on a new site, without adding those new sites to AdSense accounts, no longer worked.

Publishers notifications. Most of you might not notice them, but those who are impacted will be notified about ad traffic restrictions in their AdSense or AdMob Policy Center.

Affected publishers will find that the number of ads they can show has been limited and will receive recommendations for how to address the restriction.

So, if you notice a decline in ad traffic, head to the Policy Center to check for any notifications related to ad restrictions. 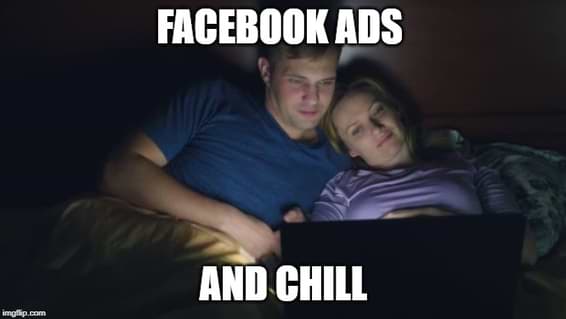 If you have a hot product on your hands, what do you do? The most common answer would be: Buy Facebook Ads and scale it.

However, what if the product is actually a Netflix series?

Do you start doing Netflix SEO? Well, we’ve never heard of Netflix SEO, but if you want your series to stand out from the countless other movies and series on the platform, you gotta hack that Netflix recommendation engine! Then, you can sit back and let the algorithm do the hard work.

Kind of the same thing.

So, how do you “scale” a Netflix series? Netflix SEO?

Nope… Sorry to break it to all your SEO guys and gals out there, but the answer is still the first one:

Yes! This is exactly what Anders Tangen did. He’s the producer of a Viking series called Norsemen.

Three weeks before the launch of Norsemen on Netflix, he launched a FB campaign in the US. Anders spent around $18k to reach 5M users, generate 2M video views, and add 6k fans to Norsemen’s page. All this in just 28 days.

The results? Three weeks after the launch of the series, Anders got a call from Netflix.

“You need to come to L.A., your show is exploding.”

What happened? The traffic gathered from Facebook and the buzz it created resulted in Norsemen hacking the Netflix recommendation engine.