On the one hand, Facebook’s constant issues (sudden bans, Pixel outages etc) are causing headaches for advertisers. However, on the other hand it does keep improving its offerings with ads. 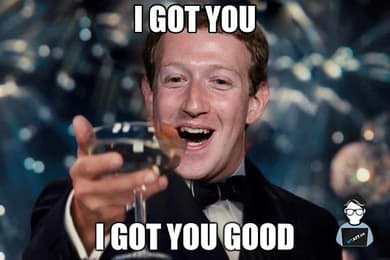 The latest update? Augmented Reality Ads! Not only that, but Video Polls Ads as well.

Video Polls Ads is something we already have on Instagram. Now, probably due to its success on the pictures app, Facebook is bringing polling capabilities to its own video ads.

AR Ads, instead, are moving into open beta globally in the fall. Facebook has already been testing these ads with some brands, and in an example shared, a makeup brand saw a 27.6% increase in purchases by using AR Ads. Sounds sweet, uh?

The example ad allowed users to try out different shades of lipstick. This increase wasn’t the only advantage – The ad also got a 53% higher CTR compared to non-AR video ads.

Click here to see the AR Ad run by the makeup brand.

One more update: More advertisers get Playable Ads. This new format allows people to play a game to drive downloads, conversations and brand objectives. This format was formerly available only to games advertisers, but now it’s being rolled out globally.

What does it mean for advertisers?

The AR format is surely a game-changer. It’s a completely new way of advertising that brings the user into the experience. It will almost certainly drive more engagement, and probably increase conversions, as we saw in the experiment.

Those first advertisers that get on board with this will surely benefit from the uniqueness as well. Admittedly, creating this kind of ad isn’t feasible for every advertiser due to its nature, but it won’t be too long before it gets rolled out to small business too.

How NOT to run your business online

It’s unlikely that a lot of you are selling on eBay, but irrespective of that this story is still one you should be aware of.

Many eBay sellers have recently reported fraudsters, who have siphoned off £70k by simply updating their seller accounts with fake PayPal emails.

The bad actors simply changed the sellers’ PayPal addresses to near-identical ones, so the buyers ended up sending money to the wrong email address.

What worked in favor of these fraudsters?

Of all sellers, Richard Crisp was the most unfortunate. He fell victim to this over 11k times and ended up losing nearly £54k over a 17-month period.

Well, sounds like a very careless case of business negligence.

What can we learn from this?

eBay or no eBay, we all deal with PayPal very frequently. If you are super careful about your bookkeeping, you should be noticing such nefarious activities very quickly.

Additionally, always add in an extra layer of security by using 2-factor authentication, and make sure to regularly change your passwords.

Attila hates Facebook bans as much as fake gurus. That’s why he turned his shoulders on Mark Zuckerberg and jumped on the push traffic train. While everyone complains about the poor quality of push, he figured out how to get juicy traffic that brings him hot converting leads.

If you’ve been in this industry for long you probably know Attila O’dree. He is the kind of affiliate that shares a lot of value on Facebook and his blog, hates gurus and got a raw, down-to-earth language.

We had a 43-minutes seat with him and talked about:

Tell your mother to cover her ears and watch the full episode here.

Head here to watch the Attila’s talk on iTunes/Apple podcast.

Do you prefer Spotify? Got you!

Don’t forget to subscribe to our channel. That makes sure you stay informed about new episodes. And you’ll help us increase our reach on Youtube! Thanks!

An Apple a day keeps your ROAS away

Have you noticed a sudden decline in your ROAS from FB Ads lately? Maybe you made no changes to your previously stable running ad campaigns and you’re struggling to find a reason for this decline?

While there could be countless reasons for a ROAS decline, one thing you might want to look for is for any exterior factors coming into play during this time period.

Any new updates, changes or feature roll outs by platforms like FB, Google. Or, in this case, Apple.

David Herrmann started a Twitter thread, reporting his drop in ROAS from 2.6x – 3.1x range to about 0.78x over the last 3 days. Just as we mentioned above, he made no changes to his campaigns or website.

“ROAS on Wednesday was a 2.53x, today 2.05x. Everything stayed the same. Revenue is virtually same too. This has been the common thing across FB in 2019. You’ll have 3/5 strong days, then roughly a week or so of terrible results.”

After hours of trying to figure out the whole thing, David speculates that Apple’s cookie blocking might be the root cause of it.

“FB’s machine learning is powerful, and they can see something is there. Yet, Apple and FB are in a digital fight, one pulling at the other for supreme leader of all things control. While we don’t see this, we feel it.”

Remember the arrival of iOS 13 that coincided with a Pixel outage? Can it be a coincidence that David is seeing a sudden drop in ROAS right at the time of an Apple update?

A quick Google search about the topic shows that something on the tech side has drastically changed in the past week. 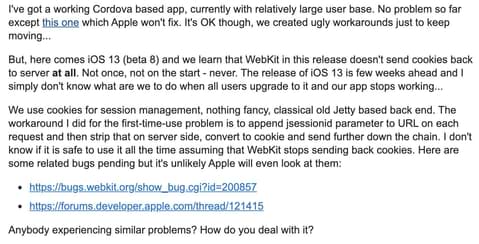 A look at FB Analytics section shows a series of behind-the-scenes updates from FB’s side.

Some other key things to note:

So, where does all this leave us advertisers? We’re burning through huge ad spends at a time when the tech giants are engaged in a battle of their own.

Well, there’s really not much we can do. As David suggests, just keep pushing forward and explain to your clients that things might not be the same moving forward.

Additionally, stop basing decisions on FB ROAS alone. Opt for an Omni channel reporting and not per channel ROAS.

If you have been facing a similar trend with your FB Ads reporting, join in with this interesting discussion going on. 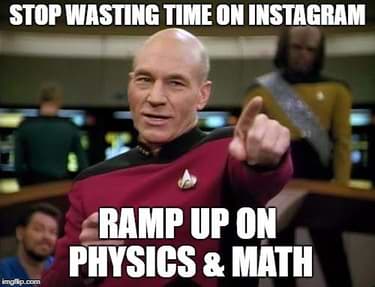 Google might have just taken computing machines to the next level.

In a scientific paper published by the NASA website (but taken down almost instantly), Google claims to have achieved quantum supremacy: An experimental demonstration of the superiority of a quantum computer over a traditional one.

Quantum computers are an emerging but unproven type of machine, but this study suggests that they could become a reality very soon.

These machines have the potential to solve formerly unfathomable mathematical problems:

“While our processor (quantum computers) takes about 200 seconds to sample one instance of the quantum circuit 1 million times, a state-of-the-art supercomputer would require approximately 10,000 years to perform the equivalent task.”

The advancement of quantum computers will almost certainly lead to unprecedented scientific and technical breakthroughs, and businesses such as Google, IBM, and Intel are hoping this comes to fruition.

Quantum computers could bring about revolutions in the development of medicines, fertilizers, and batteries.

Not only that, but also the improvement of optimization algorithms… Maybe Google will use it for its ad business? Hopefully! Talk about supreme ROAS!