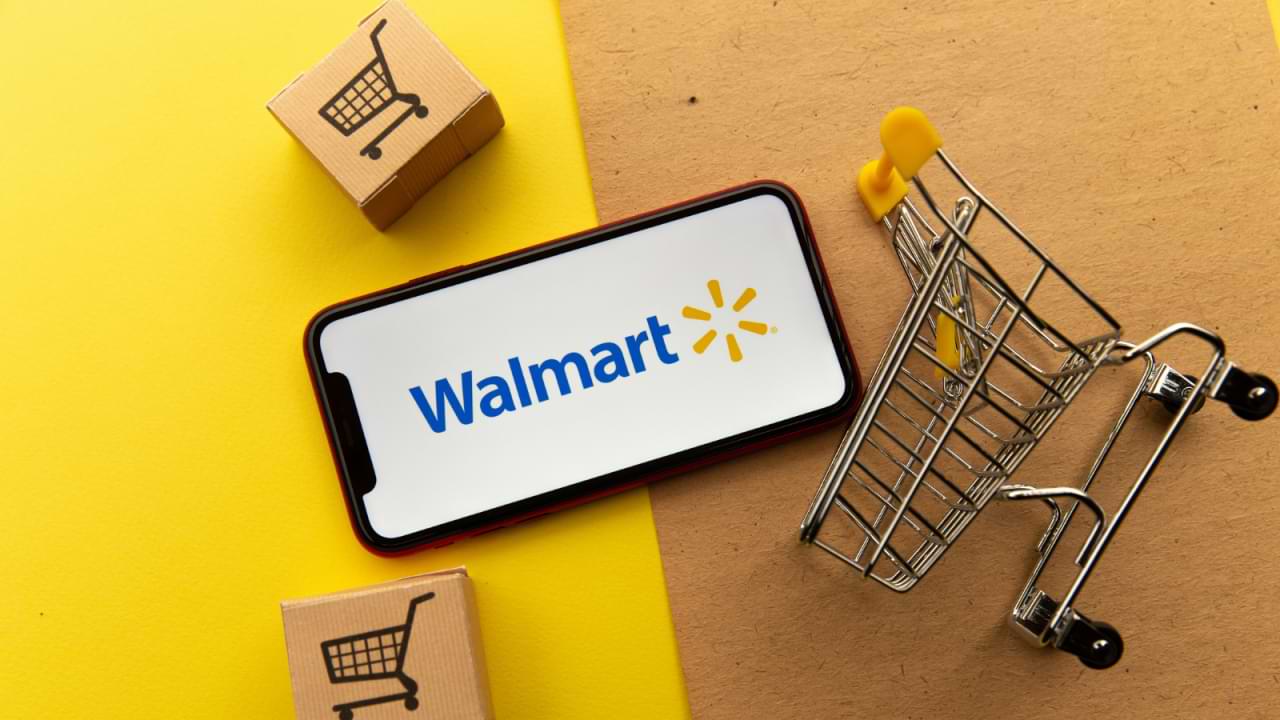 We reported a few weeks ago that Chinese sellers were flocking to Walmart as a result of Amazon’s ban.

In case you didn’t know, Walmart is the second largest e-commerce marketplace in the U.S. Now it turns out that they’re also a pretty large advertising marketplace as well.

Walmart released its Q4 earnings report and reported on its global advertising revenue for the first time.

How does this stack up against Amazon? Amazon reported $31 billion in advertising revenue last year, which makes Walmart’s figure look pretty small in comparison. However, one wise person once said: “If a figure starts with a B, pay attention.”

The Crew’s take: Walmart is to Amazon what Microsoft is to Google in search. Much smaller in market share, but still significant enough to pay attention to.

Markets with a dominant player share one characteristic: Everyone is focused on the dominant player. Most people forget that there are still other players in the space. Herein lies the opportunity.

Over the past few months, we covered many antitrust lawsuits against Google, Facebook and Apple. It seems governments around the world are fed up with Big Tech’s (ab)use of power and are increasingly taking action to limit it.

One of these abuses of power is attempting to replace open web technology with proprietary technology. One example is Google phasing out third party cookies in favor of FloC cookies. Jason Bier from AdExchanger recently wrote a piece on why this plan probably won’t work, thanks to the government.

Google vs. the government: One month ago, the EU opened up an investigation into Google’s “Privacy Sandbox”. The UK competition regulator has also investigated Google’s Privacy Sandbox and requested revisions (which it recently accepted). The US Justice Department is also looking into this matter.

Hope for the best, prepare for the worst: Despite this, there has been a heavy backlash against tracking and a push for privacy tracking solutions. Government lawsuits will buy us marketers some valuable time we can use to find an alternative that works for our use cases.

This SEO agency guarantees to boost your organic traffic by 20% at least or pay you $1,000 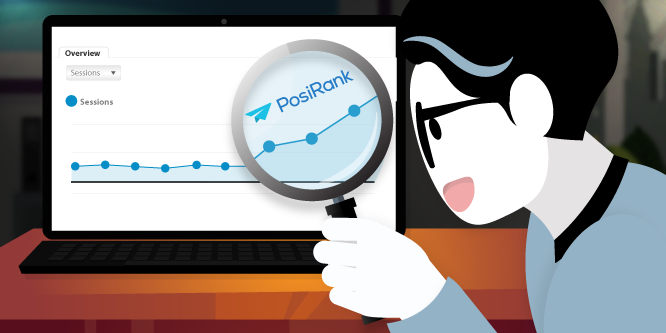 Yes, you read that right! But how can they be so confident?

Two reasons: their process and their past results.

PosiRank is a team of 25+ motivated professionals who can deliver results, through exceptional link building solutions, even in sensitive niches like crypto, CBD, nutra, gambling, vape, and THC.

PosiRank’s strength is their holistic approach. They look at your offers, your products, and your positioning first. And this helped them deliver some awesome results for their clients:

Be one of them and multiply your organic traffic – guaranteed! Or get $1,000 if that doesn’t happen.

What kind of content do people consume during the day? 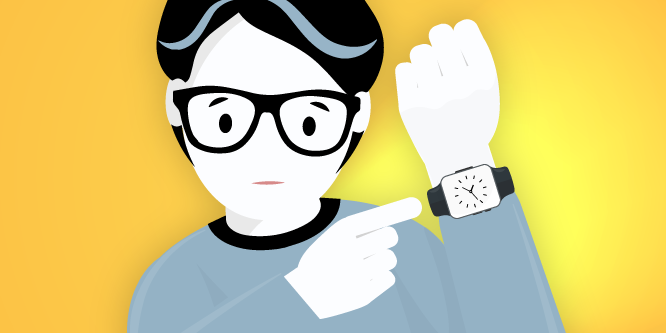 This Ariyh issue by Thomas McKinlay will answer that question. And it’s quite straightforward.

And this is true even for weekends and for content not related to a person’s job.

We must consider the following points:

What can you bring home?

Spy on your competitors’ best performing campaigns for free 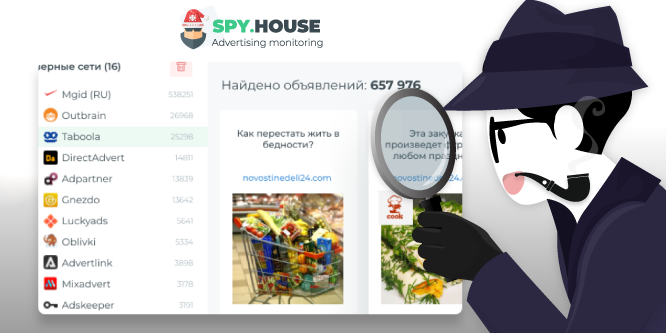 Spy.House is a free competitive intelligence tool that lets you analyze your competitors’ ads .

A lot of inspiration for your advertiser’s mind: With Spy.House you’ll access 6 million creatives from 25 advertising networks per second.

You can search ads by keyword, domain, and redirect. And sort them by lifetime, popularity and novelty. And it’s free forever.

Save money on testing campaigns.

$25,000 giveaway stats and thoughts from The Crew 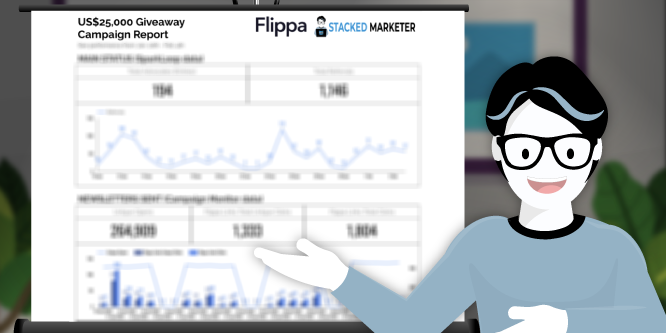 If you were to venture a guess, how many new subscribers do you think our giveaway brought through referrals?

If you are new, or just don’t know what we are talking about: Between 10th January and 4th February, we partnered with Flippa to give away an online business worth up to $25,000. To enter, you had to refer at least one new reader using their unique referral link.

We shared some of the early lessons from our giveaway, lessons that were very obvious once a few days passed. Now it’s time to dig into some stats!

Out of the 22,000+ subscribers we had when starting the giveaway, less than 1% referred at least one new reader in the giveaway period. The final number of what we call advocates (readers who refer other subscribers) was 194. This generated 1,146 referrals in total.

The Crew’s thoughts: We had a good first few days, then the next 2 weeks were relatively poor. We did a bad job at keeping up the excitement with how we mentioned the giveaway in our newsletter. It also didn’t help that promoting the giveaway to a cold audience did nothing.

All in all, we thought both numbers could have been higher.

What could we have done better? Three things come to mind:

It’s easier in hindsight, but those are the main things we’d try to improve on if and when we do a similar giveaway.

MARKET RESEARCH: Hire Sherlock Holmes for free! Just give him your business name, or your competitor’s, and AudienceScout, aka Sherlock, will return you a list of 250 results including your audience’s interests, competitors and potential partners or influencers. Instantly and for free.*

TIKTOK: Take this with a grain of salt but TikTok was the highest earning app of January 2022 in the US. It earned an estimated $64M from the App Store and Google Play.

BROWSERS: Watch out, Apple! Microsoft Edge is edging out Safari in terms of market share. Still a long way to catch up to Google Chrome though. 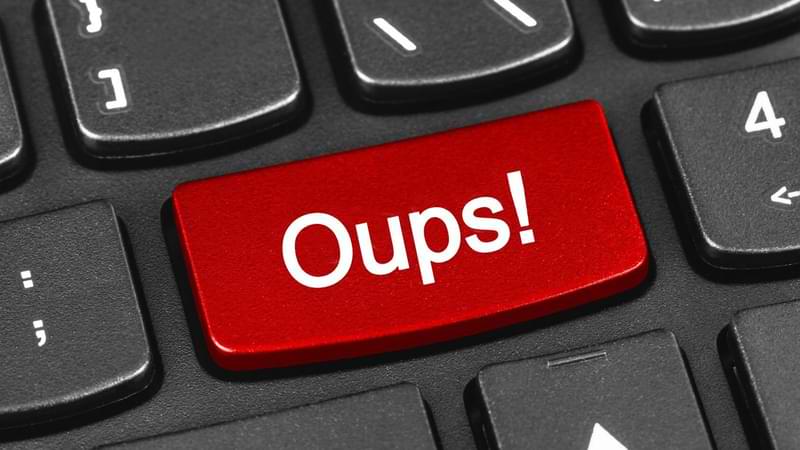 This is what actually happened to one father in France.

This French father attempted to do what almost every father has attempted to do at some point in their parenting lives: get their kids to spend less time on the internet.

This alerted the French government agency in charge of managing radioelectric spectrum in the country, which then tracked down the jamming signal to the house.

In France, using jamming devices is illegal and can result in a fine of up to 30,000 euros as well as 6 months in prison. Let’s hope that this “Oops” story ends happily.