If you are one of those shy guys or gals that like to warm up the relationship with your prospects rather than diving straight in for the kill, this lead generation strategy shared by Shawn McCarthy might be of interest to you.

It generated 3032 leads with $1k spend using viral giveaways. Shall we move into it? 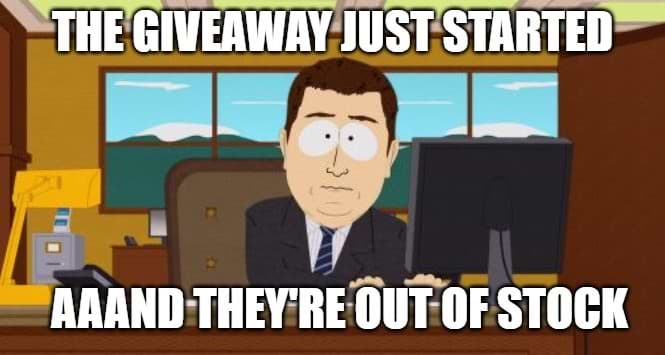 Step 1: Action + Reward: Run a campaign to get subscribers into your bot (action), and in exchange they’ll be entered into a giveaway (reward). You can get creative with the prize: Deals, goods, a call with you if you’re a coach, etc.

Step 2: Use the newfound attention to take it one step further: At this point, you have their attention, so you can ask them to take more action to get more rewards:

In exchange, you can offer them additional entries to the giveaways, other prizes, or even prepare a digital product to give them.

That’s it! Just 2 steps, but the principle is sound: Get people to take a small action and give them a reward. Then, make them take one more demanding action but still give them something back.

What NOT to do for an efficient Learning phase

Have your ads ever been placed into the Learning Limited delivery status? Even after they left the Learning phase?

So now, whether this Learning Limited status has been implemented in your Ads Manager or not, Nagy Agota shared his thoughts on what issues can cause an inefficient learning phase:

If none of the above applies, also consider the following:

Finito! Some easy but useful tips to implement if you want the Super Facebook Algo to do the heavy lifting for ya!

Are you looking for a way to easily start your affiliate marketing business? And at the same time, do you want to reduce the risk of wasting big budgets?

Then you might want to have a look at the Pops Guide that Luke Kling, from affLIFT put together. He designed it in a way that also your 95-years-old grandmother could get her first conversions. Just $10 to run the campaign, fast approval on a newbie friendly affiliate network, and $50 in tracker credits!

How is the guide structured?

You won’t need anything else to start your first affiliate marketing campaign. The 14 steps of this guide will take you by your hand: From picking up the offer to correctly read the data and turn those negative numbers into juicy profits.

How to get the Pops Guide? Easy, by subscribing to the affLIFT forum. Considering the processes you will learn and the support Luke will give you, the cost to enter affLIFT is almost a steal: Just $20 per month.

Some newbies have already hit the +40% ROI mark. And most importantly, learned the processes necessary to be successful in this industry.

Moreover, joining the affLIFT forum, you’ll get membership discounts that will make you save a lot more money than the membership cost.

Enter affLIFT now and start getting your first conversions tomorrow!

Well, huge and surprising news coming out this week!

Google founders Larry Page and Sergey Brin have decided to step down from top roles at parent company Alphabet.

The reason? They both stated that it was time for the company they created to start existing without the co-founders’ daily influence.

Both Page and Brin moved from Google to Alphabet when it was formed in 2015 in order to focus on starting new initiatives. After their departure, Google CEO Sundar Pichai will take over the role of Alphabet’s CEO as well.

Here’s a quote from the letter they wrote:

“Sundar brings humility and a deep passion for technology to our users, partners and our employees every day. He’s worked closely with us for 15 years, through the formation of Alphabet, as CEO of Google, and a member of the Alphabet Board of Directors.

He shares our confidence in the value of the Alphabet structure, and the ability it provides us to tackle big challenges through technology. There is no one that we have relied on more since Alphabet was founded, and no better person to lead Google and Alphabet into the future.”

The founders will still be actively involved as board members, shareholders and co-founders…

In other news, Genius.com, which previously accused Google of lifting its content, has gone ahead and sued Google for potentially massive moolahs in damages.

“We caught them red-handed.”

Genius claims that it caught Google via a watermarking scheme which used alternating curly and straight quotation marks and apostrophes in the lyrics. These marks, when translated into Morse code, spelled out “red handed”.

Well, the major problem here for Google isn’t really about the case or even the fine, it’s the PR fallout.

This case reinforces the opinion of Google’s critics, who claim that the company is abusing its position and diverting traffic that should go to third party websites.

“Work until your balance looks like your phone number” … psst, that’s B.S.

Well, time for a reality check! It’s almost 2020 and you ain’t really rich if you only got a mill bucks.

Thanks to an increased cost of living, these days 8 figures just aren’t worth what they used to be. As some marketers would say, you gotta jump into the 3 comma club to really get everything you want. 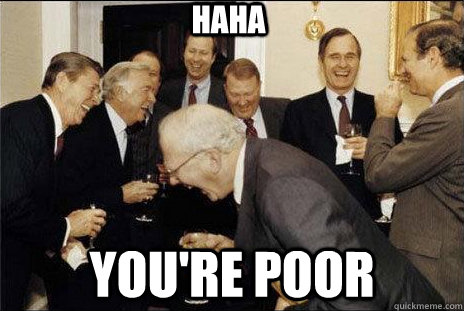 Yup, you can definitely buy a penthouse and afford good education (who the hell needs that? lol.)

But private jets and superyachts are just gonna be outta your reach.

A fun fact: Forbes started featuring a list of the richest Americans in 1982. The person on top of the list was Daniel Keith Ludwig who had an estimated net worth of $2B.

Flash forward 37 years to the 2019 rankings, and that amount doesn’t even land you a spot on the list.

So, what are the 5 things that only truly wealthy people can afford?

BusinessInsider compiled this list, and if you think you can afford these, consider yourself the brand ambassador or light bearer of our marketing community.

If not (which we assume is most likely is going to the case), it’s time to step up your game!

Our intention here is not to make you feel low, but rather to motivate you even more for the ongoing holiday season!

Hey you! Yes, you… Don’t let anything get in the way of you and your aspirations. You can make it happen.