Well, how the turntables… 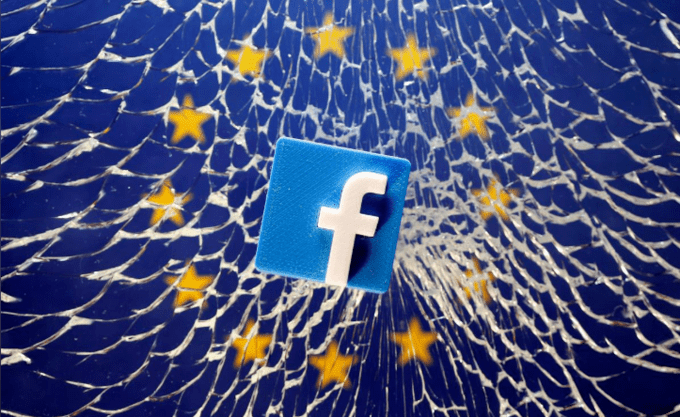 It’s a big week for Facebook – and today, we’ve got an entire charcuterie plate of news for you: some funny, some serious, and some interesting. Let’s start with the funny.

Earlier this week, news broke that Facebook is taking the EU to court, claiming that the privacy rights of their employees were violated by EU investigations. The jokes pretty much write themselves.

We’ll see where this lawsuit goes. Just for the irony alone, we hope there’ll be some more updates in the future. How the turntables, indeed (thanks, Michael Scott).

Per the WSJ yesterday, Facebook is currently trying to reel in prominent TikTokers for their new copycat platform, Reels.

It’s lucrative to be a TikTok influencer indeed: Facebook is making offers in the 6-figures range to creators with a large following to join Reels. On the other side, though, TikTok announced a $200M creator fund last week.

Let’s see who comes out ahead…

It flew under the radar yesterday, but Facebook announced a new experimental platform, e.gg, which is currently in beta on a rolling basis.

As described by Facebook’s Jason Toff on Twitter, e.gg is a flexible sharing platform for sharing unique canvases and content. Check out his full Twitter thread for a couple examples if you want to get a better look.

We’re still not sure exactly how it’ll be used – and what opportunities will look like for marketers – but it looks like a creative, inspired homage to the early days of the internet. If you manage to get in the beta to test it out, let us know what you think!

Web Stories are getting more integration with Google

News about Web Stories has been floating around in the marketing community for awhile now, but we’re getting more clarification on how they’ll integrate with Google. But, first: what are Web Stories?

Described as “visual storytelling for the open web” on AMP’s site, stories are a new interactive, full-screen experience for users that can be served on Google. Here are the biggest updates that hit today:

Web Stories are a great way to communicate with users through simple, full-screen visuals. They essentially force users to be engaged with the content, and have a lot of promise for the future – play around with them and see what you think!

Last chance to get $250 when this new bank launches. Just check a demo and answer a survey!

If you like free Benjamins, and you’re looking for a bank tailored for online marketers (affiliates, e-commerce stores, agencies, etc.), look no further than Juni!

The juicy 1% cashback on your ad spend is a highlight for media buyers but Juni offers more features that will smooth out your business operations:

But there’s one bad news – The pre-launch survey closes on 30th July. So this is your last chance to claim $250 by checking the demo (on desktop only) and answering this 5-minute survey. The reward will be on your account when Juni launches publicly in Q4 2020.

Check out what Juni can do here.

Everybody knows that the first page of Google gets most of the clicks.

But the massive difference between the first ten organic results is a little more murky. Fortunately, this study from Johannes Beus at Sistrix promises to unveil what really happens on the first page of Google.

Why is previous knowledge about CTR on Google’s search engine pages outdated?

Let’s take a look at the results. For more details, check out the full report here.

Nice stats, but what does this mean?

As Johannes Beus said, Google wants to direct the users where it’s best for… Google. This includes:

Johannes here introduces the concept of “On-SERP-SEO”, the optimization of content in the boxes and integrations. We’re loving the new term – and you’ll love increasing your click-through rates.

TWITTER: You might soon be able to differentiate between retweets and quotes, which would make it significantly easier to see how people are engaging with your Tweets!

GOOGLE: ‘For context’ links are being tested within the top stories carousel, which is exactly what it sounds like – you’ll be able to see broad stories that give context to specific ones.

APPLE: Is Face ID coming to Mac? 9to5Mac thinks so, as they found references to the TrueDepth camera in a beta version of the upcoming software Big Sur.

SEO: Did you know that 41% of the first page results on Google are taken up by Google products? Learn why and how in this article from The Markup.

What has two butts and kills people?

Facebook’s new AI can probably beat you at poker

Think you’re pretty good at poker? Don’t we all. Unfortunately, there’s a new AI system from Facebook that would probably prove to be a reality check for most of us.

It’s called ReBeL (recursive belief-based learning), and the researchers behind the project claim that it can beat humans at heads-up no limit Texas Hold’em. Of course, that’s not why the model was created – it’s a step towards developing algorithms that can be applied to large, multi-agent settings.

Facebook claims that its AI is better than others in the field with an unpredictable game like poker because it uses two different AI models that allow it to be flexible and adaptable.

It all gets pretty technical, but the bottom line? As good as you might be at poker, artificial intelligence is probably better.