New $7B record-breaking fine for FB: BIPA violation on 7M users’ pictures. Google announces search results that can talk. This single FB ad placement grew 186% in spending this quarter: Are you leveraging it?

Another 10-figure fine on the horizon

The word Facebook goes hand in hand with lost lawsuits and 9-figure fines. It’s just an old story that keeps repeating itself. 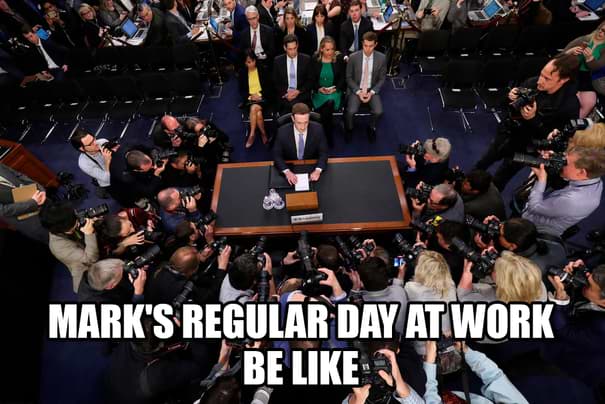 What happened this time? The company lost a class-action dispute that began back in 2015. Basically, Facebook collected users’ biometric data and stored it without their consent, and the users in question weren’t happy about it.

The action was started by a group of users from Illinois. This state has a specific regulation for facial databases which mandates that a company should maintain a publicly “written policy” before collecting such data.

For example, the Tag Suggestion feature violates this regulation as it involves analyzing people’s face, to create a face template that can be used to identify them in other photos.

“We conclude that the development of face template using facial-recognition technology without consent (as alleged here) invades an individual’s private affairs and concrete interests,”

So, after a 4-year battle, FB might have to face up (see what we did there?) to the consequences of their actions.

Under Illinois regulations, every violation can be punished with a fine of between $1k and $5k.

Now, multiply that by 7M (the amount of users included in the lawsuit) and the fat is in the fire!

Even if we take the lowest penalty ($1k), we are still talking about a $7B fine. That’s even higher than Facebook’s most recent fine by the FTC (It was $5B if you don’t remember).

Could all these fines affect your camps?

Facebook isn’t having a good time lately. Between these most recent issues and the many we’ve previously talked about, it’s hard to say whether Facebook is safe right now.

Buuut, let’s take this down to the one thing that we all truly care about: Can all these issues really influence our campaigns?

The MarketingLand team did a good job analyzing this side, boiling the problem down to the main factors that can influence your marketing:

So, fellow marketers, we will keep reporting to you about FB’s issues because, well, that’s our job. But don’t worry too much about the future of FB.

It will take many more scandals before this giant is slain. However, if you’re still concerned… You can still add Google or other alternative traffic sources to your armoury.

We also talk about that in our daily briefing 😉 😉

Yesterday, the ManyChat team announced an upgrade to condition nodes that allows you to create multiple conditions in a single block.

You will now be able to check up to 10 different conditions in a row without creating separate nodes.

How does this work?

Check out the official announcement here.

No, not the ones told around a fireplace. We’re in the 21st century! We’re talking Instagram Story Ads.

Last year, IG ad spend growth was skyrocketing at 4 times the rate of FB’s ad spend. This year, that growth seems to have levelled out.

Looking closely at the numbers, there’s a big trend inside the Facebook family…

More and more marketers are turning to Story Ads. In fact, advertisers using them doubled from 2018, and IG Story Ads now make up 18% of the ad revenue of the whole FB family (up from 9% last year).

Why should we care? When an ad format experiences such a massive growth in popularity, it usually means that it’s working for advertisers. Also, some of the growth is due to FB algorithm giving it a priority when selecting the Automatic Placements option.

Usually, FB will work in your favour. So, this is for those of you still testing Story Ads or those who still haven’t tried them out. Give it a try!

🤩 What’s better than a guaranteed EPC from Grabads before the weekend?

The Grabads team is just THAT confident if you can bring in the volume. If there’s something you want, they’ll do whatever it takes to make it happen.

Grabads has nutra, sweeps and crypto/bizopp as some of their most successful verticals, so there’s something for any affiliate out there reading this 😉 And don’t forget that special g’teed EPC offer for those of you with proven results!

Here’s just a shortlist of some of the best offers from last week along with Network-wide EPCs, handpicked for WHAT THE AFF readers!

Hit up the affiliate management team via Skype to get your unique links today and make sure you mention WHAT THE AFF for expedited approval.

They also have exclusive Crypto offers, Sweeps and much more they’d love to work with you on.

Search results can now talk. Indexing bug is back again

Though, if you try calling for that great piece of content you just posted, it might not show up in search results. Well, all you can do is take whatever you’re given!

If you have been thinking about testing out audio and podcasts as part of your SEO strategy, now is the right time to get started.

Starting today, users will be able to play podcasts directly in the desktop and mobile search results.

A simple search for a podcast on Google will now show playable episodes in Search results, alongside web pages, news, images and videos.

How will this work?

In fact, Google will expand on this so users don’t even need to add the term “podcast” in search queries to see these results.

Previously, Google used to show podcasts in search results based only on their titles and metadata. But now, Google will be showing podcasts based on the actual content within the episode.

Google is clearly focused on promoting podcasts in search, so you might want to take advantage of these features and get started on your next podcast.

Well, you are not alone.

In fact, the issue isn’t limited to just a few publishers. It actually seems to be pretty widespread.

Google has confirmed that a bug is preventing new content from getting indexed across the web.

If you’re thinking of bypassing this issue by manually submitting URLs to Google’s index, even that might raise some issues. Even the URL Inspection tool is experiencing problems.

This is an ongoing issue and Google is working hard on getting it fixed.

It will also show you any errors when the publisher ID or authorized sellers are missing, with links to fix the issues.

“We strongly encourage you to create an app-ads.txt file and publish it to the developer domain you have listed in your App Store and/or Google Play store listing. This will help prevent unauthorized and domain-spoofed app inventory from damaging your brand and revenue.

Publishers who do not implement an app-ads.txt file will see no changes to their ad serving, but they will not benefit from these added spoofing protections.”

Check out the official announcement and the recommended steps to prepare for the enforcement.

Getting to know each other better and a special announcement!

If you haven’t done so already, we wanna ask you to fill in a quick-2-minute survey that helps us better curate and write this daily content for your reading pleasure.

Oh, and before we forget…

Every weekend, we run checks to see if some people haven’t opened any of our emails lately. If we find that you haven’t, then we let you know that we plan to stop sending you our newsletter.

Why do we do this?

Because the people who want to get this email might not get it if we send it out to too many inactive contacts.

So, if you did not open any of our emails in the past month, you’ll get a notification email letting you know about it and what to do if you want to stay subscribed. If not, we’ll just stop sending emails to you.

Have you heard of the term “Number neighbour” or “Text-door neighbour”?

It is a mobile social game (for jobless people, we guess) in which an individual tries to strike up a conversation by sending a text message to the phone number with its last digit one numeral higher or lower than their own.

Actually, this isn’t a new thing, but it has received a second lease of life thanks to a recent Twitter trend. Now, people all over the web are texting their number neighbours for a quick dose of fun. 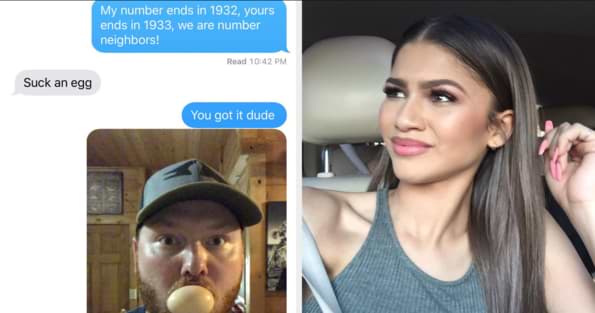 Maybe your number-neighbour is James Franco, or maybe you end up learning a new language. But please, avoid texting people at 2 AM. That’s pure rudeness.

You didn’t have plans for the weekend? Now you do! Have fun! Maybe you’ll text one of The WTAFF Crew. (Hopefully not. Meeting in your inbox is already enough…Joke!)