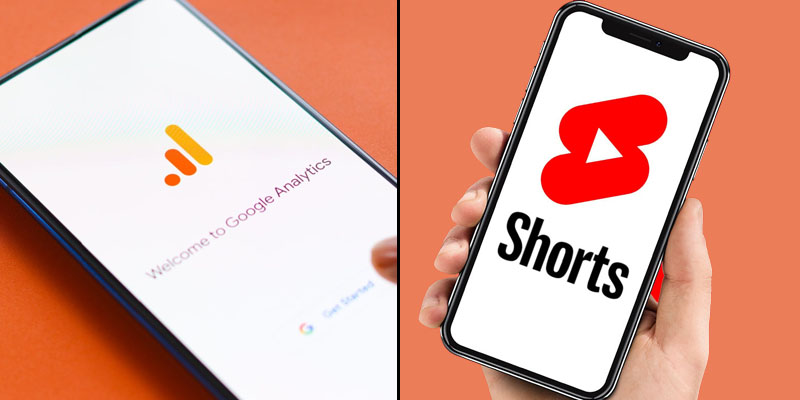 Suggested audiences provide you audience recommendations based on your specified industry category – and this one will include users who have not received a push notification within the last seven days.

According to YouTube Shopping’s General Manager Michael Martin, it’s a model that endorses creators instead of the “traditional advertising or paid placing model.”

Why we care: It’s good to see new additions to Suggested audiences, especially since they help you easily add audience segments for your desired industry categories.

Furthermore, YouTube’s attempt to replicate TikTok shopping will be interesting to follow as platforms keep adapting to the tectonic shifts away from what’s now known as ‘traditional social media.” Fun times ahead.

Hey, the more you spend the better, right?

And when ad platforms – such as Google, TikTok, and Snap – hand out some extra bacon for your campaigns it’s always tempting to just go for it. But how worthwhile are they actually?

In a way, Google incentivizes you to hand campaign optimization over to… Google. Which naturally came to a negative response from advertisers – with some being against it for “literally any amount of money.”

Shop small, spend smaller: TikTok is another platform announcing they’ll hand out $100 ad credits to any small business that spends $50 on their first ad campaign.

Again, a solid initiative to bring new advertisers on board, but it’s important to note it will hardly move the needle for smaller brands. Without a proper strategy, it can be $50 wasted.

Why we care: On paper, ad credits are a solid way to motivate brands to spend. But examples like these most recent show that brands still need to be cautious..

Handing your ad ops to Google for a hundred bucks may bleed you much more in the long run. Also, TikTok giving you $100 for $50 spent doesn’t mean it will be money well spent – it could also be money lost.

Always leverage pros and cons of such incentives before you go all in. It may save you money… and nerves.

Guessing what your consumers want is expensive. Can your brand afford it? 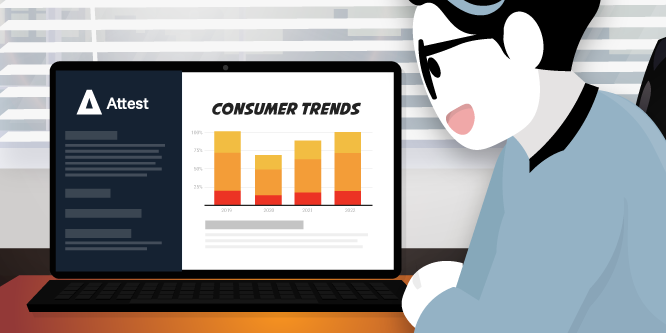 Guesswork is the single biggest cause of marketing and PR disasters.

And during an economic downturn, making decisions without clear insights is like going to Las Vegas and betting your entire life’s savings on roulette.

So how do you avoid investing major money in ideas people will never buy? With continuous insights into your target audience.

When you know what your consumers really want, you can make marketing decisions you’d bet your career on. No assumptions, no guesswork.

Attest connects you to your market with on-demand access to 125M consumers, ready to answer your burning questions in real time. Whether they’re pensioners in Iowa or Gen Z in Scandinavia who love foreign film, they’re all on Attest.

You’ll get accurate insights within days, and sometimes even hours! And you’ll get unlimited support from a research expert to help you get the insights you need without stress or hassle.

It’s like having your target consumers in the room 24/7. 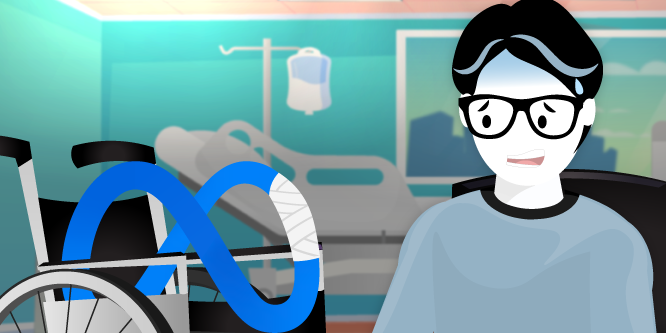 It’s not the first time critics have declared the end of Facebook. But while it’s not all roses and diamonds for Mark Zuckerberg…

… There’s no reason to panic if Meta is your main marketing channel.

Let’s bust the biggest myths about Meta’s decline with the help of Ben Thompson from Stratechery:

Facebook daily active users (DAUs) were 1.98B on average for September 2022, an increase of 3% year-over-year. And monthly active increased by 2% on a yearly basis.

Moreover, aggregate time spent on Instagram and Facebook is up year-over-year, both in the US and globally.

According to Sensor Tower data reported by Morgan Stanley, TikTok usage appears to be plateauing, whereas Reels usage is growing across Facebook and Meta. Maybe Reels won’t surpass TikTok, but they’re not being destroyed by it, either.

There are still plenty of ads on Facebook. And there isn’t a better alternative to Meta for top-of-funnel advertising.

Besides, Meta is working to move more conversions onto their platform to fight back ATT, which is good news for you.

Myth 5: Meta is putting all their eggs on the metaverse

Meta is not spending all their money on the metaverse. It is, however, spending big on AI.

And that goes in two directions: Building a better algorithm for Reels to compete with TikTok, and undoing the damage from ATT with a smarter advertising algorithm.

If mainstream media headlines had you worry about Meta… well, there is no reason to.

So, to sum up: Don’t look at Meta’s stock price. Focus on stuff you can control like your CPA, funnel, creatives, offer and economics.

Finally… You can track every channel, touch point, and conversion 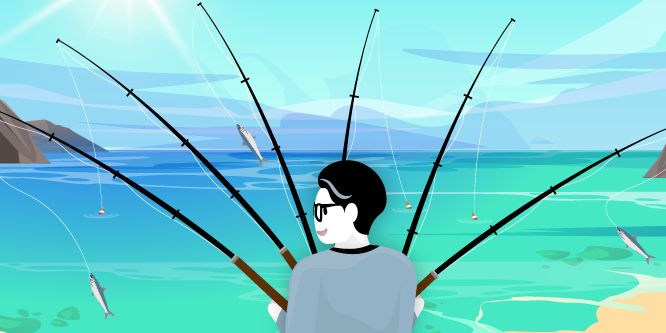 When you advertise on different channels, data gets messier than a tangle of fishing lines… which makes planning, forecasting, and optimizing ad spend nearly impossible.

Northbeam tracks which channel, ad click, or view generates revenue—in real time. This empowers you to scale your ads profitably, no matter your budget.

Gain control over your spend. 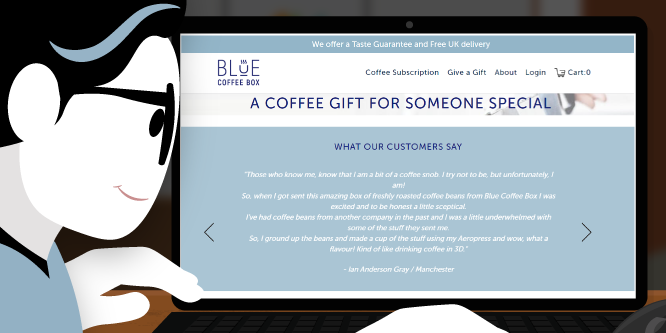 When Blue Coffee Box was looking for organic traction, they contacted micro-influencer bloggers in the coffee space and asked for reviews.

They thought bloggers would write about their product—and that their writing would generate sales.

But that’s not what happened. Instead, the blog posts themselves produced $0 in sales.

But as review after review were posted—each linking back to Blue Coffee Box—the brand saw their own organic traffic soar. This, in turn, generated significant revenue.

Now, the business does $65k per month in revenue, a significant portion of which can be attributed to their organic traffic. Cool story, huh?

The lesson: Micro-influencer blogs won’t always generate the sales you’d like. They typically don’t have loyal audiences. But asking for (or incentivizing) reviews can still be beneficial at scale—if you have your own content strategy, the backlinks you’ll get could help generate serious revenue down the road.

E-COMMERCE: All bets are off for next year’s economy. Are you ready? Get instant access to data surrounding 2022’s most influential trends and what you’ll want to take with you in 2023 by downloading Insider Intelligence’s “5 Major Trends in Retail and Ecommerce” report. Download Insider Intelligence’s free snapshot here!*

MICROSOFT: Videos, videos everywhere! Microsoft has finally made Video ads broadly available to all advertisers in the United States, Canada, United Kingdom, and four more countries. Time to do some testing…

STREAMING: What’s your age and gender again? Disney Plus wants to know – and won’t let you use the platform until you tell them. Why, you may wonder? For an unsurprisingly simple reason – to serve you targeted ads on their streaming platform.

PAYMENTS: New policy from PayPal – you either use it or you lose it. Money, that is. The company has added an “inactivity fee” for all accounts that haven’t been active within the past 12 months. So what to do to avoid being charged? Simply log in.

TWITTER: It’s ouch after ouch. GroupM – one of the largest media buying agencies – has advised their clients not to advertise on Twitter, due to the platform being “high risk” based on the events so far. Another headache for the platform’s new leadership.

A man looks at a painting in a museum and says,
“Brothers and sisters I have none,
but that man’s father is my father’s son.”

Who is in the painting? 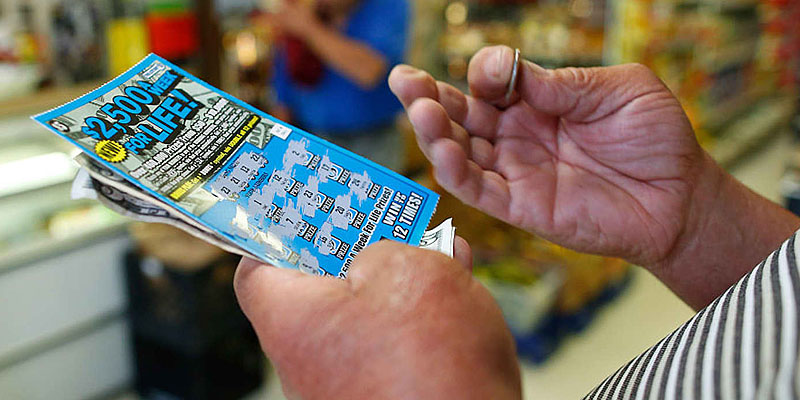 Some people can only dream of winning the lottery once in their lives.

Others win twice in the same week.

A Delaware woman defied the old saying that lightning never strikes twice in the same place when she first bought a winning $100k lottery ticket…only to win another $300k just a few hours later!

Apparently, the prize came after seven years of trying. Looks like persistence does pay off!

One a serious note, buying lottery tickets is not a profitable activity. We just wanted to share the fun stories of winning against the odds – twice!