Another hit to advertisers in the name of privacy?

Apple will host its Worldwide Developers Conference today, and the suspense ahead of the announcements has many advertisers sweating. More specifically, the speculation is that Apple will get rid of its IDFA, or identifier for advertisers.

What’s the IDFA? It’s the only way for advertisers to target and track iOS users within apps.

How does the IDFA work? The IDFA is a unique number tied to a user’s device that allows advertisers to determine how a user has interacted with an ad on an aggregated basis.

Why does Apple want to get rid of it? The company is making user privacy a strong point for its brand. With this in mind, keeping the IDFA would be counterintuitive, especially after they removed the ITP tracking on Safari and considering the IDFA is a more persistent tracking method than cookies.

What could happen if the IDFA gets removed?

Unless Apple comes up with an alternative, removing the IDFA would hamper players in the app ad targeting space and disrupt the monetization model of many app developers.

What can we expect? As Digiday states, Apple has skin in the game of making its app ecosystem thrive. There are alternatives to the IDFA, so we don’t expect Apple to leave advertisers blind.

We’ll let you know tomorrow what Apple announced at the event.

North Face, Patagonia and REI are three of the biggest brands who won’t advertise on FB in July

It’s an issue that was never solved by Facebook… Their content moderation can sometimes ban innocent posts and ads (like you’ve probably experienced) but, at the same time, some awful ones can make it through.

The second part is why the #StopHateForProfit campaign started.

The goal? Hit Facebook where it hurts: Their bottom line.

How? By stopping all campaigns in the month of July.

Why? To get Facebook to improve both its policies and the way it enforces them so that hateful content and ads are gone from the platform.

So far, many agencies have joined the movement alongside North Face, Patagonia and REI. These are the biggest and most vocal brands to join the cause and say they won’t spend a dime on Facebook’s ad platform (including Instagram) in July.

The people at Facebook are no strangers to pressure, and we can expect some significant changes in the next couple of months because of this. While never reaching a point of perfection, Facebook has always taken some sort of action when coming under heavy criticism.

Do you want to put your company in front of 14.5k professionals like yourself?

We’ve put together our new packages for the next quarter of 2020. What are the highlights, you ask?

If you want a more in depth look at the info, tell us what you need on this page and we’ll be in touch right away. 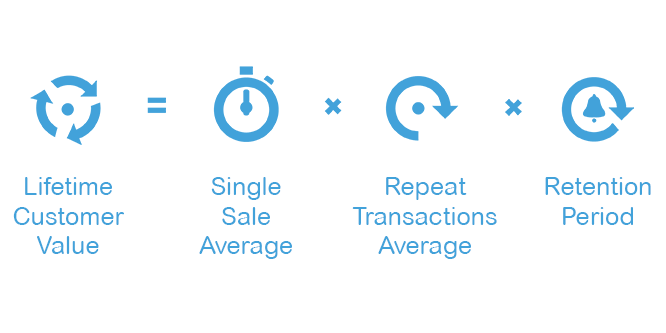 In one way or another, you’ve probably been told something along the lines of “It’s all about the customer lifetime value”.

It’s certainly one of the most important metrics for a business, but the levers you can pull to improve it might not be so obvious.

That’s what Joshua Chin is trying to help us with in this post in the Facebook Ad Buyers group. Here are the highlights about using email to boost this metric.

That gives you three levers to work with from the start, and you can dive deeper into each of these factors.

The common mistakes and fixes

If you only look at surface level, you can easily make mistakes that, while being neutral or positive in the short term, actually harm you in the long run.

Mistake 1: Increasing the frequency of your emails without any process behind it. In other words, the more emails you send, the more purchases you get. This is true in the short term, but runs the risk of people stopping reading what you’re sending out.

The fix: Create content around your products and segment recent buyers out so they don’t see the same thing over and over again. A proper, content-focused newsletter is something we think not enough stores are doing.

Mistake 2: Generic blasts to the whole list. In other words, a lack of segmentation. Just think about how irrelevant it would be for you to receive an offer for a product you just bought. That’s where segmentation comes into play.

The fix: Segment your subscribers and create personalized offers. We’ve already discussed some segmentation practices on June 3rd and June 5th, but there’s another way you can personalize your emails.

Split test and segment based on long copy vs short copy, text heavy vs imagery, direct vs indirect messages.

If you are early in your email efforts, these tips will set you ahead of many of your competitors. After that, make sure to follow some of the best practices for deliverability we’ve put together for you here.

What tells you what you want to hear, but hurts you when the truth is clear?

“Hello, this is Duplex, do you still have toilet paper?”

That’s what we first imagined when we found out that Google’s Duplex AI is calling businesses to check if they still have critical products in stock.

You might remember this demo of Duplex showcasing how the AI can make calls, act like a real person and set up an appointment.

What’s the point? Google doesn’t want you to leave your home for nothing, especially during a pandemic.

In other words, it’s collecting information from grocery stores, pharmacies, home improvement stores and so on.

Unlike the demo, Duplex does make it clear that this is an automated call and explains the purpose, so nobody is fooled or misled.